How do you make a honey badger care? Strategies for advertising to Gen Z 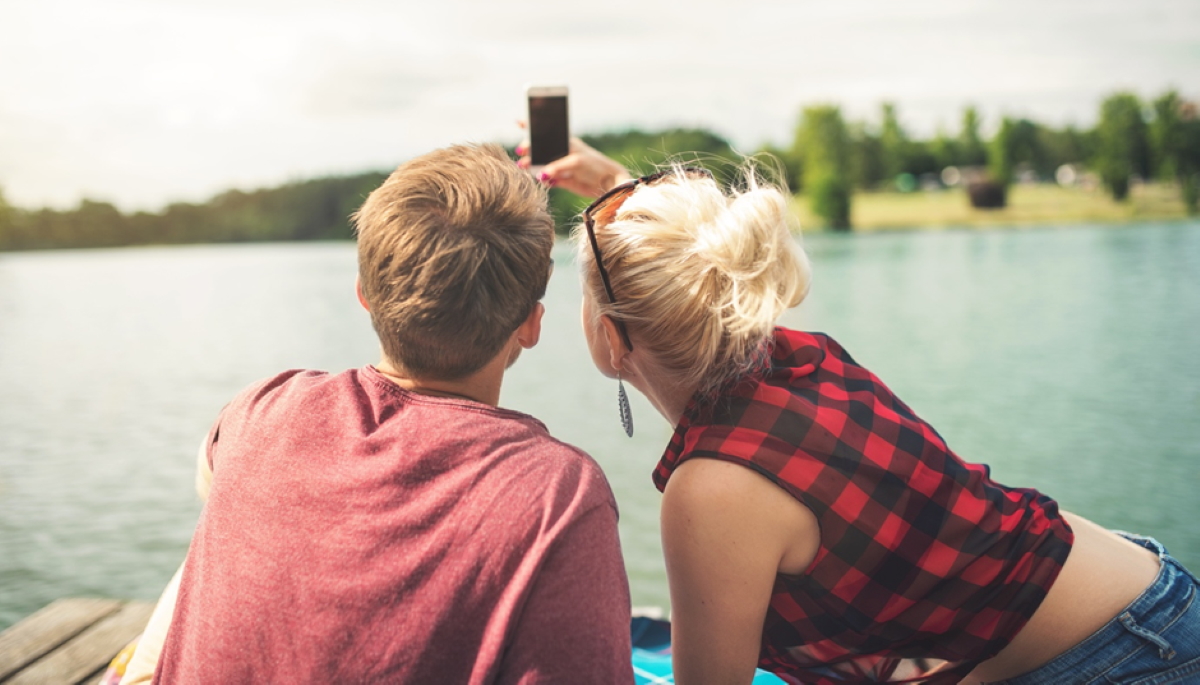 Gen Z consumers are changing the landscape of marketing, and brands that don’t adapt will get left behind. Here’s how you can change your campaign accordingly – and an example of a surprising, fun, advertising campaign from a global giant.

What is your brand doing for people?

I don’t mean what your message is, or what position you want to take in the market – I mean what are you adding to people’s lives, and how do you talk to your potential customers?

This might be a discussion you typically try to avoid – perhaps because it seems a bit nebulous, or because your stand-up meeting has already overrun and you need to get back to ‘important’ stuff. Nonetheless, with always-switched-on Gen-Z consumers having very specific tastes – as we covered in our blog post – you need to have the discussion before your brand gets stale.

You may know the meme from a few years ago, ‘the honey badger doesn’t care’, which came from an amusing video about a fearless, aggressive animal. Marketers used to think of Gen Z in the same way as a honey badger – as if it was a nihilistic, uncaring, disengaged generation, when in fact it’s the complete opposite.

Who or what is Gen Z?

Anyone born between 1995 and 2010, according to McKinsey & Company, counts as part of Gen Z. The term is defined by them as referring to people who grew up with the internet as a reality right from birth, who view social networks as second nature, who discuss problems and issues more than previous generations, and who are very ethical in their consumer choices.

One of the reasons marketers have found it especially difficult to cater to Gen Z is because most of the people who run major marketing agencies are not from that generation. Millennials, that is, the generation born between 1980 and 1994, have grown up, got used to the internet, and taken over management roles, but they often assume younger consumers use the web in the same way. Hence, they design online ads for themselves, not for the new generation.

This leads to the kind of disconnect we see in current advertising, where an ad campaign tries to capture the zeitgeist of a social movement, but fails miserably due to a tone-deaf lack of understanding of the movements it tries to reflect, and a subsequent poor reception.

If companies consult Gen Z consumers more widely, rather than assuming they know them, maybe the results would be better.

What do Gen Z consumers do that’s so different?

To answer this question, we have to look not only at Gen Z’s media consumption habits, which are quite specific, but also at the group’s attitudes to society.

Let’s start with media, though. Remember when everyone used to post everything they did and thought on Facebook? Maybe your aunt still does, and it’s still important for brands to maintain a presence there, but it’s not the be-all-and-end-all it once was, for a while, in 2007.

Young people think of Facebook as something their parents use. They think of Twitter as something angry politicians use, but in huge numbers, under-25s are still there, because it’s a great social space in which to swap news, points of view, and occasionally jokes.

The other places where Gen Z spends a lot of its time are, obviously, Instagram, but less obviously, direct-messaging apps, which do not encourage public posting, and are generally closed gardens.

These include WhatsApp, Viber, and the messaging element of Snapchat, plus emerging apps that may get missed by big brands’ social media strategies. Gen-Z consumers also prefer to follow brands on Instagram to any other platform, by some margin.

We’ve got people from Gen Z at Nexd, and they’re the ones with the real insight of their own generation. As one team member said,

“Gen Z is more independent and more entrepreneurial. It’s better at doing different things at the same time. Millenials are all about spending on their experience rather than saving up money for apartments, for example, unlike Gen Z.”

The idea that a generation of people would rather spend on an apartment than travel to a new country is pretty upsetting to any millennial who maxed out their credit card on backpacking around the world, but that’s the way it is.

Perhaps the new, more prudent, way of thinking is based to some extent on seeing the previous generation fall into a bottomless well of credit card debt, while paying off crippling student loans.

What can marketers do to solve the problem?

Marketers have the opportunity to reach Gen Z, but only by engaging with people in that age range, on their level. Do you want to be the uninvited guest, invading people’s news feeds and being scrolled-past faster than a left swipe on Tinder? Or do you want to be welcomed?

If the latter, aim to be part of the conversation people are already having, rather than always starting a new one. Focus on people’s interests, don’t be afraid of bringing in a little fun, or some serious contemporary meaning (relating your brand, if relevant, to a major news issue, such as climate change, for example), from time to time, while never losing sight of the fact that you’re advertising a brand.

“Why are they liking my old tweets?”

A clever marketing trick was employed by fast food chain Burger King, who wanted to attract the attention of influencers, but did not want to do it through direct messaging the influencers themselves, which is often ineffectual unless done in exactly the right way.

Instead, Burger King liked a series of very old tweets from YouTube stars, leading some of them, including Casey Neistat, to wonder why it was doing this. By asking that question on their channels, he and others were giving the brand free advertising, something the chain later admitted it had hoped for when planning the stunt.

The American shoe brand Toms, which has a history of campaigning for social issues, this year launched a campaign for background checks on all gun purchases in the United States, and gathered together supporters of that cause. A few years ago, it might have been dubious that a shoe company would want to care about an issue such as this, but these days, brands are expected to have views on world events and their impact.

It’s down to you

How you attract the attention of Gen Z, and whether to bring politics into your ad campaign, is something you have to decide – but doing so in a confident, conversational, open way is much more likely to achieve wider engagement. It’s no longer good enough to have a cool ad – these days, brands have got to talk to, and listen to, the people they’re advertising to.

Remember that while the honey badger might not care, Gen Z certainly does, about causes and concepts that mean a lot to them. If you craft an original and thoughtful campaign, one which seems to be engaged at its very core with young people’s concerns, you might find those same people also care about your brand.