Jenny Stanley, MD at Appetite Creative, looks at the impact of non-fungible tokens (NFTs), on the gaming industry.

A new generation of play-to-earn (P2E) games are experiencing a boom on Web 3.0, allowing players to make money through trading and selling non-fungible tokens (NFTs). It’s not only about having fun, but now also about monetising a player's time while gaming.

Blockchain, the ‘transactions ledger’ where NFTs are created and hosted, has recently seen a record number of transactions made in Bitcoin and other cryptocurrencies. Blockchain games were responsible for half of all blockchain usage in 2021, and in-game collectibles generated $2.32 billion in sales during the third quarter of last year.

Hackernoon research shows an annual market growth of 7.8 per cent for blockchain globally, with the Asia-Pacific region leading the way with 9.2 per cent growth over the period. Additionally, Pitchbook data indicates a 280 per cent rise in blockchain investments from 2017 to 2018 and investments in blockchain gaming is at an all-time high.

Although the Ethereum network is leading the market, at the same time, and to avoid high fees, Ethereum’s competitors are building blockchains and cross-chain bridges that connect two blockchains to allow users to send cryptocurrency from one chain to another. Other networks include Solana, Harmony One, Binance Smart Chain and Polygon.

Cryptocurrencies are electronic or digital currencies. They are decentralised, meaning they do not belong to a specific central bank or country. They are part of blockchains, and their value is subjective to global demand and perception.

So, what P2E games are being played and what value do NFTs offer gamers? We’ve been helping clients establish their presence in Web 3.0 across a range of disciplines, including the launch of NFT collections; designing and implementing websites for decentralised finance (DeFi) projects; creating private marketplaces; and developing the next addictive blockchain-based play-to-earn (P2E) games.

In fact, we’ve been working with a host of companies to design and develop interactive P2E games, typically based on our preferred blockchain, Solana. These include:

The unique crypto-based rewards system includes games tied to real-world matchups, with the NFTs hosted on the Solana blockchain featuring distinct artwork for every team. In every game, each team is tied to a batch of Stubs (NFTs) that are sold directly to fans, and available to be resold or traded to other fans.

Urban Ball
UrbanBall, a comprehensive street football ecosystem, consists of a P2E game, NFT collectables, 1v1 ‘fightball’ tournaments, micro-events, eCommerce and talent management, all of which are interconnected and hosted on Binance.

With an existing talent pool of 10 brand ambassadors, UrbanBall has a social media following of more than 30 million people who are deeply engaged, offering huge advertising and promotional opportunities. It is due to be released in early 2023, but already highly anticipated by gamers across the world.

Synergy Land
Synergy Land is a blockchain multiplayer action role-playing game (ARPG) P2E powered by Solana. The game is set in a fantasy world divided into four ecosystems: earth, water, fire and ice. The player will take on the role of a hero, exploring dungeons of up to four players who will undertake a great adventure against very powerful creatures. 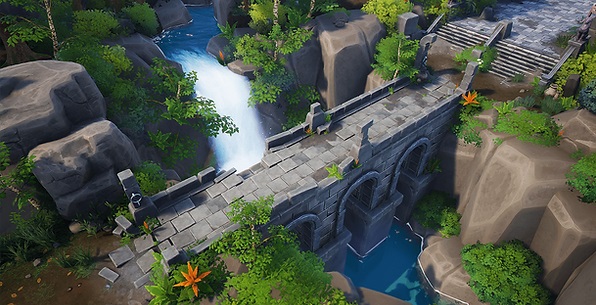 Inspired by popular games, such as Diablo and Path Of Exile, the game aims to combine the best of these worlds, where regular players will enjoy the gameplay experience as well as an ecosystem for players who want to collect and trade NFTs, giving the community true ownership of digital assets. Synergy Land should not be seen as a game just for blockchain players. Absolutely no prior knowledge about cryptocurrencies is needed to play.

The latest Crafting station is the next release due out on 20 October 2022. Each month, a new season will begin when new collections, attributes and rewards will be added.

Lost at Sea
Lost at Sea is a P2E game where users can race to earn $WAVE tokens or other cryptocurrencies like $SOL. It’s an in-browser game with multiple levels and features.

Users can choose levels and the number of opponents to race and race. Winner takes all in this fun interactive game. It saw 77,777 NFTs sold in the first few hours of the game’s launch. The game will be released in December 2022.

Brands are also tapping into NFTs too
We’re also seeing some brilliant examples of brands utilising NFTs. Our favourite examples include:

Nike
Sportswear giant, Nike has started using NFTs as a means of certifying the authenticity of a pair of trainers. When you buy a pair of the brand’s shoes, a digital version of the product is uploaded to your virtual locker through Cryptokick. The subculture revolves around collecting, swapping, and reselling trainers. Nike’s incorporation of a digital seal of authenticity into the token’s physical counterpart takes things to the next level.

Yum Brands
Yum Brands, the parent company of some of the world’s best-known fast-food franchises such as KFC and Taco Bell, has also developed a strategy for NFTs. In February 2021, Taco Bell created a series of NFT gifs and put them up for sale on the specialised digital marketplace, Rarible. All NFT gifs sold out in less than 30 minutes. The campaign proves not only that NFTs are good for pieces costing hundreds of thousands of dollars, but also for $1 gag purchases to raise money for a scholarship programme Taco Bell is associated with, the resale value of some of these pieces reaching $3,000.

Coca-Cola
The Coca-Cola Company launched an NFT auction in July 30 2021 for International Friendship Day. It made available the first collection of digital collectables that ‘re-imagine some of Coca-Cola’s iconic assets for the metaverse, with each NFT inspired by shared moments of friendship’. The auction included one-of-a-kind items such as a futuristic redesign of the iconic Coca-Cola delivery jacket. It is digitally wearable on Centraland, a ‘decentralised 3D virtual reality platform.’ The proceeds of this campaign all went to Special Olympics International, the world’s largest organisation for disabled athletes.

All these innovations are disrupting the digital gaming and advertising industries significantly. It's not an exaggeration to say that these changes will ultimately transform the world of digital and online games for consumers, gamers and brands.

What are play-to-earn (P2E) games?
According to PC Mag, play-to-earn games are video games and virtual worlds that gamers play in exchange for cryptocurrency tokens or rewards. Some games require an investment in tokens or NFTs, while others allow people to earn crypto by playing. As of 2022, some of the most popular P2E games are Axie Infinity, Zedd Run and Gods Unchained. Coin Hunt World rewards players with Bitcoin and Ethereum tokens rather than the crypto created for the game.

What is the Metaverse/Web 3.0?
According to Yahoo! News, the metaverse is an extensive online world in which people are able to interact via digital avatars. It is a hypothesised 3D environment, through personal computing, smartphones, and virtual augmented reality headsets, combining both virtual and physical spaces. It also implements social media elements such as avatar identity, and content creation.

Meanwhile, Web 3.0, also known as the decentralised web, is the latest generation of internet applications and services, powered by distributed ledger technology, the most common being blockchains. It focuses on connecting data in a decentralised way, rather than having it stored centrally, with computers able to interpret information as intelligently as humans

What are NFTs?
According to Appetite Creative, an NFT is a digital asset that certifies unique ownership of an item, but without a fixed value, making it un-interchangeable. An NFT acts as a token of ownership over an item, even if the owner of the item never even has it, the NFT proves he owns it.

Protected under the decentralised format for which cryptocurrencies are known for, blockchain technology, these tokens can be anything from a picture or video to a 3D design or animation, and while they work under a similar system to that of a cryptocurrency they are the very opposite of a currency, given that because they do not adhere to a fixed value they are not interchangeable.

A cryptocurrency is a medium of exchange, such as the US dollar, but is digital and uses encryption techniques to control the creation of monetary units and to verify the transfer of funds.

A blockchain is a decentralised ledger of all transactions across a peer-to-peer network. Using this technology, participants can confirm transactions without a need for a central clearing authority. Potential applications can include fund transfers, settling trades, voting, and many other issues. 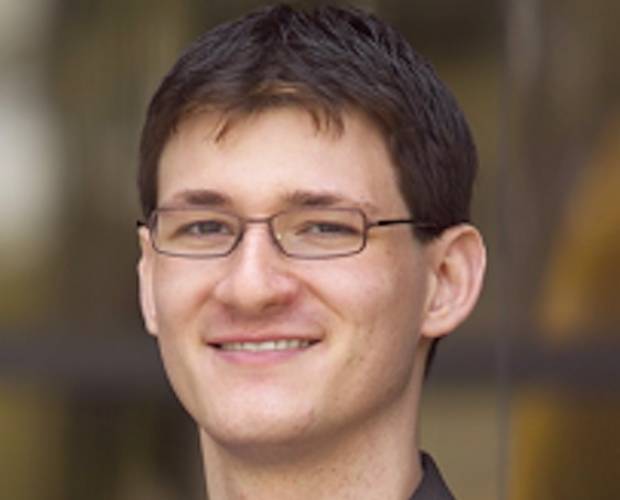 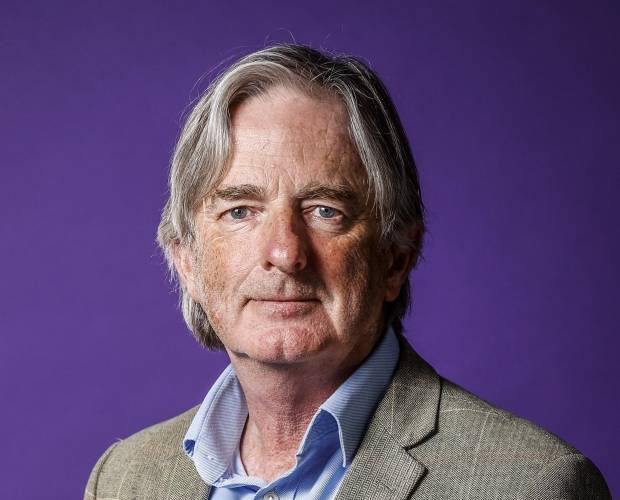 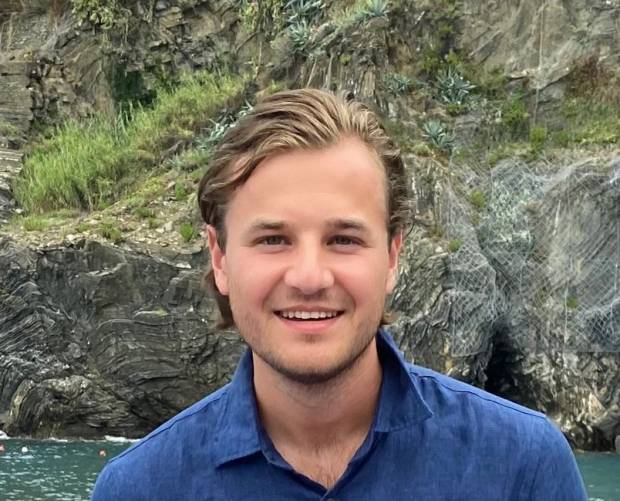 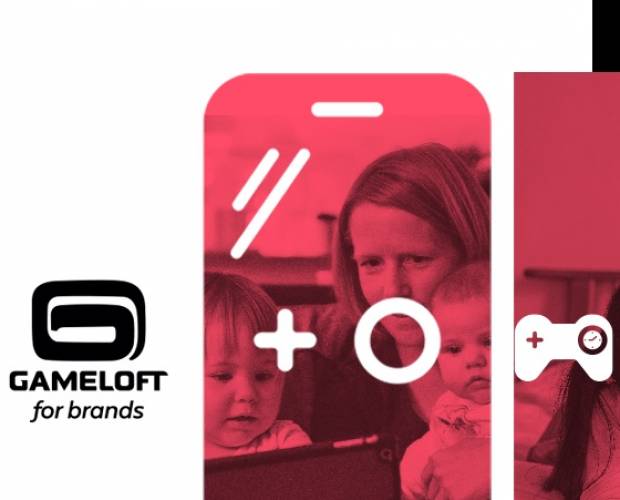