This Thursday sees the final shutdown of Apple's iAd network, its in-app advertising platform that existed to help app developers and publishers monetise their work.

Apple initially shut down the sales team for iAd at the beginning of the year, turning it into an automated platform where publishers created and sold ads themselves, a move which eliminated ad tech firms from the equation.

Then, in April, Apple began to warn developers that the iAd App Network and its related ad services would be shut down, forcing them to move to third-party ad publishing networks and direct ad sales.

iAd never truly took off, accounting for only 5.4 per cent of US mobile ad display revenues in 2015 and generating only a fraction of Apple's overall revenues. With the shutdown, Apple seems to be sending a signal that it wants little to do with the advertising market directly, and is instead happy to let third-party firms do the work.

We asked a group of industry experts what the iAd shutdown means for Apple's future, and for mobile marketing as a whole. Gavin Stirrat, global managing director, Voluum
"Apple always had a difficult time balancing the twin demands of being both a consumer brand and a marketing platform. Despite acquiring a great company in Quattro Wireless, and claiming they were going to reinvent the mobile advertising experience, they did not execute well.

"This is particular evident when you compare the development to that of Facebook, who didn’t have any mobile advertising solution until two years later, in 2012, and have grown that business to become the lion’s share of their revenue.

"In iAd’s place, Apple has launched Search Ads, which is currently in beta in the US iOS App Store. With app discoverability – for both consumers and developers – continuing to be a challenge, this could be a big opportunity, particularly as competition will be a lot less rife.

"As Apple are far more comfortable owning the end-to-end ecosystem, this perhaps sits more comfortably with their prevailing business model. With Byyd going into administration early this year and now the closure of iAd, 2016 will certainly be remembered as a year of mobile consolidation. By year end, many more may feel that winter is here." David Barker, senior vice president and managing director for EMEA advertising solutions, Amobee
“With the exit of iAds, Apple now has an opportunity to get back into the mobile advertising game on new terms. Announcements before and during WWDC highlighted search ads within the Apple Store as part of the iOS10 launch in the fall. This could be a fresh opportunity for Apple to curry favour with marketers who have been anticipating a shake-up to App Store discoverability.” Srinivas KC, vice president and general manager for gaming, InMobi
"Mobile in­-app advertising technology is a fast evolving space, and the value to advertisers and publishers is still being discovered. It’s exemplified by the fact that overall media spend is significantly less (12 per cent) than the amount of time consumers spend on mobile (25 per cent) in the US. Mobile-first ad tech companies are working overtime to understand and solve for these challenges.

"It's naturally challenging for a huge company like Apple to run advertising as a small division within the company – particularly as iAd was a tiny part of the company’s overall revenue and focus. Notwithstanding the iAd shut down, the ad tech industry will need to focus on the unsolved discovery and monetisation problems across mobile verticals: mCommerce, offline-to-online businesses (like Uber and Lyft), and gaming.

"There’s a clear need for streamlined product innovation over the next five years, which can be done in close partnership with platform owners like Apple and Google, to ensure everyone is fully aligned on the topmost priority for us all: the user/user experience." Thomas Husson, vice president and principal analyst for marketing & strategy, Forrester
"Apple's iAd shutdown will have no impact whatsoever on the advertising industry since the ad solution never ever got traction among advertisers. It was not in Apple's DNA to serve big brands' marketing teams and advertising has never been and will not be a core element of Apple's business model.

"The app install offering is just a way to help developers monetize their app better to keep them loyal to the Apple ecosystem. Apple has rightly doubled down on privacy and by doing so will further challenge Google, whose business model is highly dependent on ads." Simon Baptist, director of business development for EMEA, Tune
"Personally, I am very excited about what Apple is doing in and around helping mobile marketers with app discovery.  Obviously, when we lose a choice in helping marketers connect with their audience it's a shame, but in reality, from how Search Ads for the App Store is already shaping up, for example providing keyword-level volume data, there is a lot to be positive about.  Tune's App Store Analytics team agrees and are already recommending people try it out sooner than later. James Shepherd, EMEA commercial director, M&C Saatchi Mobile
"Apple is a hardware company first and foremost.  Their users and developers are their top priority; keep the developers working on IOS apps and keep the privacy of their users safe and secure.  In-app advertising was never a high priority nor was it a cash cow for Apple.  In other words, it won’t be missed.

"Apple’s new search ads are built around search query and based on relevancy of that search.  The idea is to give ALL developers an opportunity to showcase their app as well as provide users with the best possible option for their search.

"If anything, this shift actually feels more natural and in line with Apple’s core business – hardware and apps that support the use of the hardware.  I do not see it being a major disrupter; after all, Google play did this back in 2015.  In true Apple fashion, they didn’t attempt to be first to market but rather sat back, evaluated, and then made a move.  As far as a revenue stream, this initiative will be dwarfed by the other, more profitable, line of business: the hardware.

"As far as where Apple will head in the future, nothing is certain, but I feel secure in saying that the iAd experiment won’t be repeated and search ads are here to stay.  They will always have user privacy and security held in the highest regard and they will also always take care of the developers.  At the end of the day, who can blame them for trying something new with iAd, and ultimately having it reaffirm where their strengths are and where they are not."

Want to learn more about programmatic buying, and discuss with experts how it can benefit you? Book a place at our Mobile Marketing Programmatic Summit, taking place this September. Click here for more details. 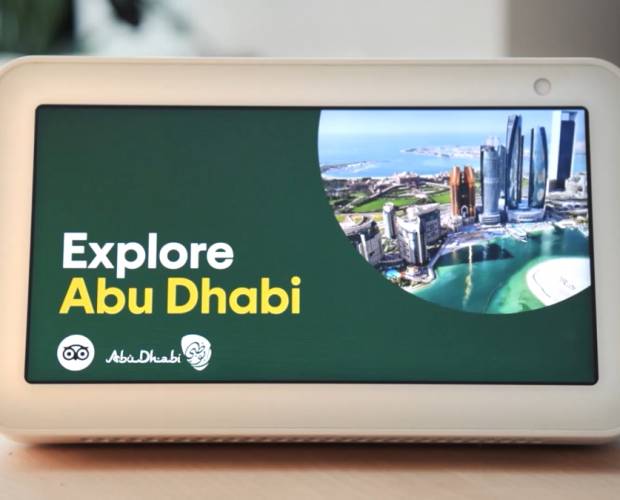