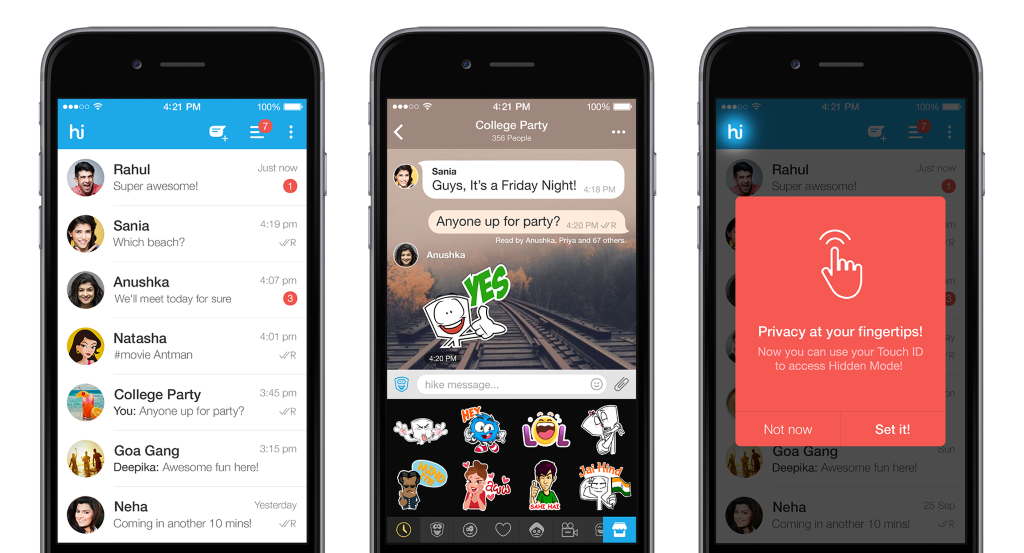 Hike, India's homegrown answer to WhatsApp, has just closed a new round of investment which has brought in $175m (£134m), taking the company's valuation to around $1.4bn and representing one of the biggest funding rounds ever in Indian's online industry.

The round was led by two new key investors, Chinese internet giant Tencent and manufacturing company Foxconn, as well as existing investors including Tiger, SoftBank and Bharti. This is the fourth and largest venture capital round the company has undertaken, bringing total investment to over $250m.

"I'm thrilled to announce this new milestone in our journey," said Kavin Bharti Mittal, founder and CEO of Hike. "Tencent and Foxconn both have pedigrees that speak for themselves and such an investment especially in today's market just goes to show the strong foundation on which Hike is being built."

The funding will largely be used to invest in long term projects and power expansion in the company's native India, as it aims to expand its user base. Hike hit 100m users in January 2016, with 40bn messages sent a month. 95 per cent of its users are based in India.

"Hike deeply understands India; a highly diverse market with many nuances," said Martin Lau, president of Tencent. "It is on a mission synergistic to ours, which is to enhance the quality of human life through internet services. With our investment, Hike will be able to leverage our deep domain expertise in the messaging platform space to provide more value to its users in India."

Tencent owns WeChat, one of China's largest messaging apps, and one that has evolved into a significant mCommerce platform, which may signal the future for Hike. The app has become popular in India thanks to its free voice calling and option for lockable chats that ensure privacy, so expanding into new areas like mCommerce or payments could prove fruitful.

WhatsApp is the dominant chat app in India, but remains largely focused on messaging, so Hike broadening its capabilities could be a winning approach. However, whether Tencent's investment will result in the app mirroring WeChat's tactics remains to be seen.