Ford teams up with exoskeleteon company for 'bionic' workers 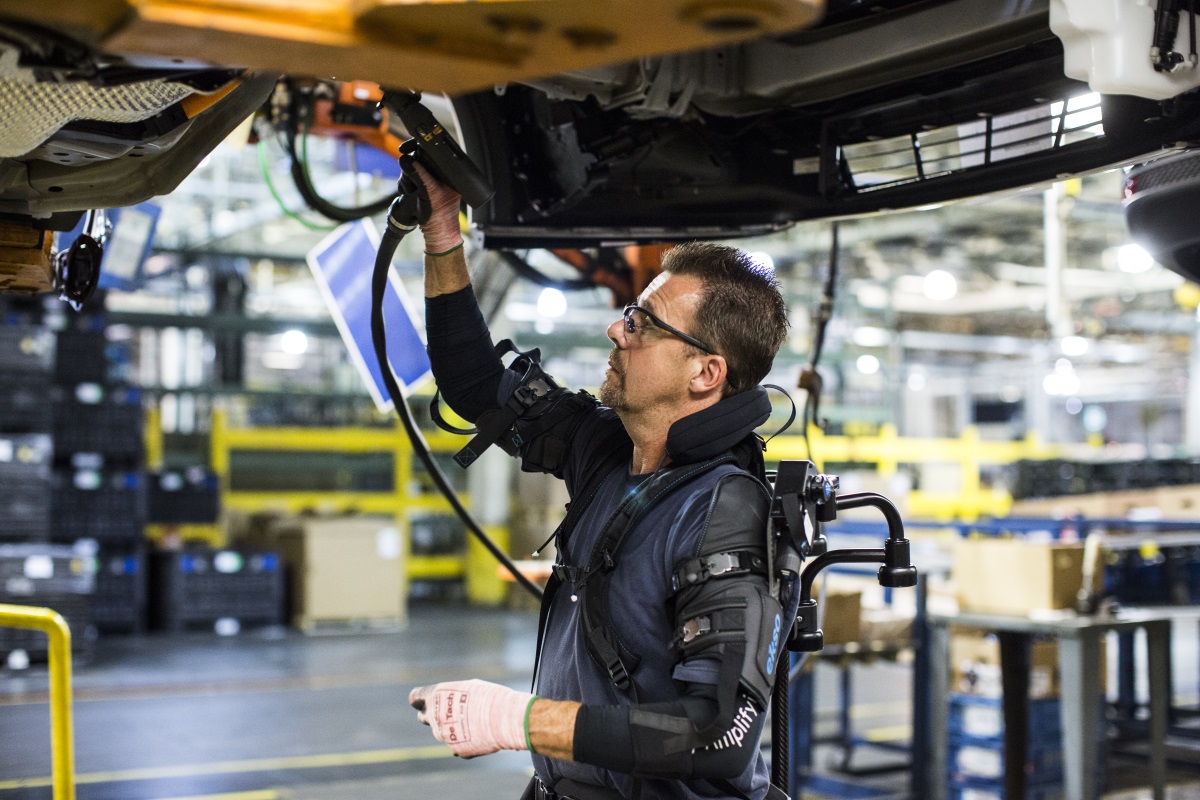 Robots have been used extensively in the automotive industry, and many of the factory workers that remain are worried that increasing automation may put their jobs at risk, but in two Ford factories, the car brand is combining machine and human to not only increase productivity, but protect workers from the injuries and strains associated with repetative physical tasks.

The US automaker is working with Ekso Bionics Holdings to trial the company's EksoVest upper-body exoskeletons at the Wayne and Flat Rock factories in the US, with plans to expand testing to plants in Europe and South America as well. The four EksoVests currently in operation at Ford factories were paid for by the United Auto Workers union, which represents hourly workers at Ford.

The lightweight vest supports workers as they carry out overhead tasks, providing lift assistance of up to 15lbs per arm through a mechanical actuator that helps take stress of workers' shoulders. Ekso initially designed exoskeletons for military and medical use, but branched out to the construction and manufacturing sectors in 2013.

"The idea is to demonstrate this isn't science fiction, it's real and it has real value," said Russ Angold, chief technology officer at Ekso. "As we prove its value, we will be able to expand into other tasks."

British inventor and founder of Gravity Industries Richard Browning has soared into the record books after a series of flights using the jet engine-powered suit he designed broke current speed records. The record attempt took place at Lagoona Park in Reading, England as part of a celebration for Guinness World Records Day 2017.

Browning’s ‘Iron Man’ suit is made up of six kerosene-fuelled micro gas turbines, which each generate 22kg of thrust when fully powered up. The suit depends on human body movements alone to act as a control, with Browning serving as test pilot and steering the suit as it blasted across the water.

Browning managed to achieve a top speed of 32.02 mph on his third and final timed attempt, with Guinness World Records officials on hand to make sure the speed was measured accurately over a minimum distance of at least 100 metres. Browning dropped into the lake shortly after reaching his top speed, but had already safely achieved the record.

“I am delighted we have set the record,” said Browning. “I’m very proud indeed to be a part of Guinness World Records Day, it is a pleasure and a privilege to have our creation recognised and celebrated all round the world.” 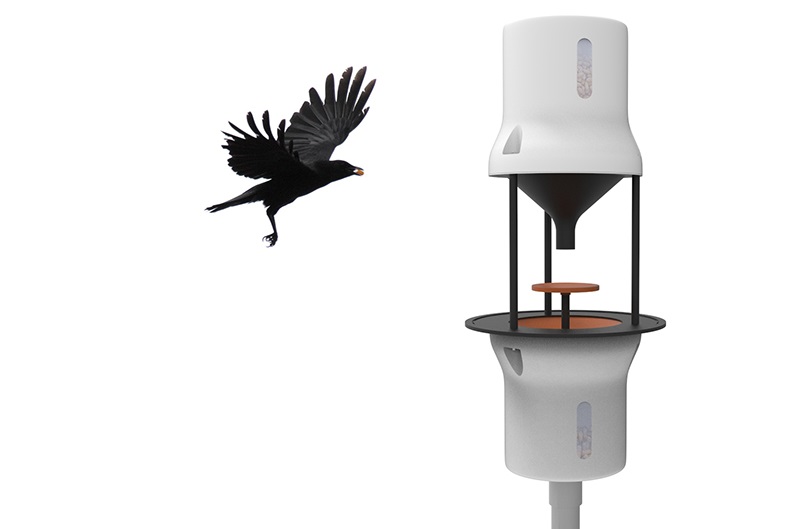 A startup from the Netherlands is working on a novel solution to cleaning up discarded cigarette butts from city streets: training crows to pick them up in exchange for peanuts. The Crowbar device created by Crowded Cities was even a recent winner in the Dutch Accenture Innovation Awards.

The solution came after industrial designers Ruben van der Vleuten and Bob Spikman noticed the large number of cigarette butts around them in a park in Amsterdam. With the process of cleaning them up too complex for current AI and too elegant for current robotics, the pair turned to crows, one of the most intelligent animals on the planet, as an alternative.

The pair teamed up with Joshua Klein, who had already created an open source device designed to reward crows with peanuts in exchange for picking up change from the ground. The device uses a four-step process to train the crows, and is largely autonomous, requiring barely any human interaction once it's set up.

Of all the various household tasks the average person has to carry out, cleaning the toilet is probably the one we look forward to least. Thankfully, our days of rubber globes and bleach could be over thanks to SpinX, a new robot that transforms the average loo into a self-cleaning wonder toilet.

The SpinX has a robotic brush built into the toilet lid cover which drops down to scrub the inside using a jet of water and cleaning fluid, and then cleans itself and folds away back inside, out of sight. The device also washes and dries the toilet seat itself for a guaranteed clean feeling.

The SpinX was created by Hila Ben-Amram, who had the idea while balancing being pregnant with twins with taking care of two toddlers. It even incorporates a smart sensor that can identify stains to make sure they get a thorough scrubbing, and tell when your bowl needs a freshen up. The idea is obviously popular - the project hit its crowdfunding goal on Kickstarter within 24 hours.

Need a 3D printer? Head down to your local Aldi 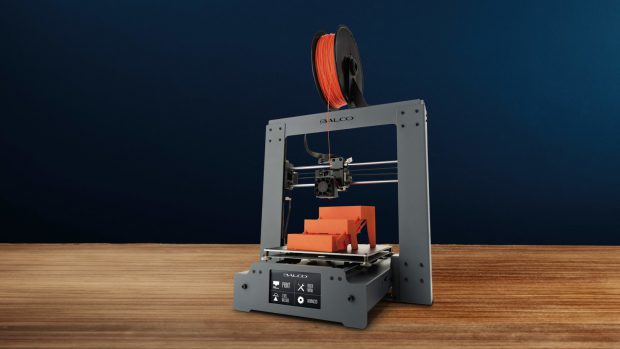 We've been told that 3D printing will lead to a revolution in how we purchase and consume products, and while the technology is already resulting in big changes in the manufacturing world, it hasn't really filtered down to most consumers. However, that could be changing, with German supermarket chain Aldi set to stock a 3D printer later this month with a bargain price tag of just £300.

The Baclo 3D printer will appear on the retailer's website on 19 November, and the firm, which will be the first supermarket to stock such a device, claims it is a high-quality model, on par with printers that cost three times as much.

The device includes touchscreen controls and SD card support, and comes with a step-by-step wizard to guide new users through the process of printing objects. The retailer will only carry a limited amount of the device, so shoppers looking for a bargain on their first 3D printer should mark their calendar now.