‘Cyborg’ Bacteria Can Turn Sunlight into Green Fuels
Two chemists working at the University of California at Berkeley have been able to transform bacteria into efficient solar collectors that can convert carbon dioxide into acetic acid, a substance which in turn serves as a food for other bacteria that produce useful fuels and chemicals. The resulting process is four times more efficient than natural photosynthesis, which captures sunlight to turn carbon dioxide and water into starch.

Chemistry professor Peidong Yang and graduate student Kelsey Sakimoto worked with natural occurring bacterium Moorella thermoacetica, which produces acetic acid as it respires. They were able to feed the bacteria chemicals which turned them into solar collectors, capturing about 80 per cent of the sunlight energy they were exposed to. The acetic acid the bacteria produce is a versatile chemical that can be transformed into a number of fuels, polymers, useful chemicals and even pharmaceuticals using existing complementary bacteria.

“Rather than rely on inefficient chlorophyll to harvest sunlight, I’ve taught bacteria how to grow and cover their bodies with tiny semiconductor nanocrystals,” said Sakimoto. “These nanocrystals are much more efficient than chlorophyll and can be grown at a fraction of the cost of manufactured solar panels.

The process is self-replicating and self-regenerating, resulting in a zero-waste technology that can reduce carbon dioxide in the atmosphere while also producing a wealth of useful by-products. The pair presented their work this week at the national meeting of the American Chemical Society, and plan to continue work on making the process more efficient, and expanding it to other nonphotosynthetic bacteria.

NASA Researches Ways to Recycle Urine into Tools and Nutrients 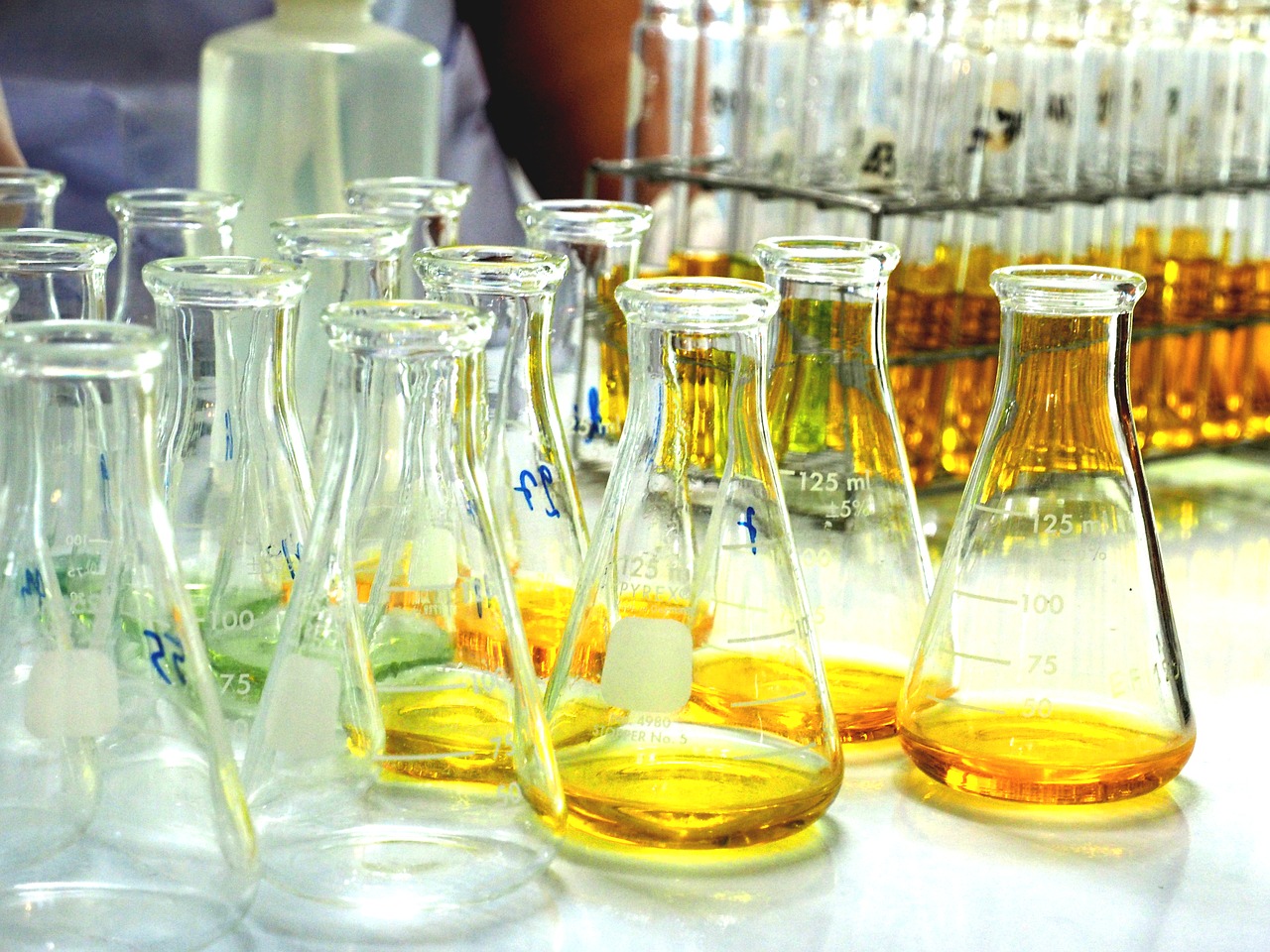 When you’re planning a mission to Mars, you need to explore every possible method of getting the most out of your supplies. NASA is taking that philosophy to the extreme, with plans that could see astronauts eating nutrients and using plastics that have been produced with a process relying on their own urine.

US astronauts already recycle their urine while on board the International Space State to provide clean drinking water. Now, a team of chemical engineers is exploring a plan that would produce useful supplies by feeding genetically modified yeast with astronaut pee. The urea found within the urine would provide the yeast with nitrogen, while specially-selected algae would contribute sugars, lipids and other nutrients. Previous research has already shown that yeast can be tailored to produce everything from omega-3 fatty acids, which are essential to human health, to polyester.

“Astronauts will need to be able to produce nutrients and materials they need during Earth-independent long-term space travel,” said Mark Blenner, a synthetic biologist from Clemson University in South Carolina, who is leading the research. “They simply don’t have the space to transport all possible needs – and certain nutrients, drugs and materials can degrade over the course of a three-plus year mission.”

Speaking to The Guardian, Blenner described how fast-growing yeast has several advantages over supplies like traditional plant-based food, and how plastics produced from the process could be used into 3D printers to create tools. There are still several problems to tackle, including how yeast reacts in microgravity situations, lower pressure atmospheres and with higher background radiation levels, but the team is already exploring how human faeces might also be used to aid in growth and production levels too.

A Chinese company has come up with a unique method of marketing its consumer-grade android to audiences – have it break a world record by taking part in the biggest ever simultaneous robot dance party. WL Intelligent Technology Co programmed 1,069 of its Dobi robots to perform a perfectly choreographed dance routine.

The performance went almost flawlessly, with only a few of the robots falling down during the show. These were deducted from the final record total, but the number of successful androids was still plenty to surpass the previous record held by another Chinese robotics firm, Ever Win Company & Ltd, which had got 1,007 robots to dance together.

The Dobi robot doesn’t just dance – the funky automatons can also talk, do Tai Chi and perform a number of other human-like actions. The 18-inch tall robot is currently for sale in the Chinese market, and retails for around $250 (£155), so if you want to break the record yourself, you’ll need at least £165,850 laying around.

World’s Smallest Surgical Robot Arm Could Be Future of Medicine 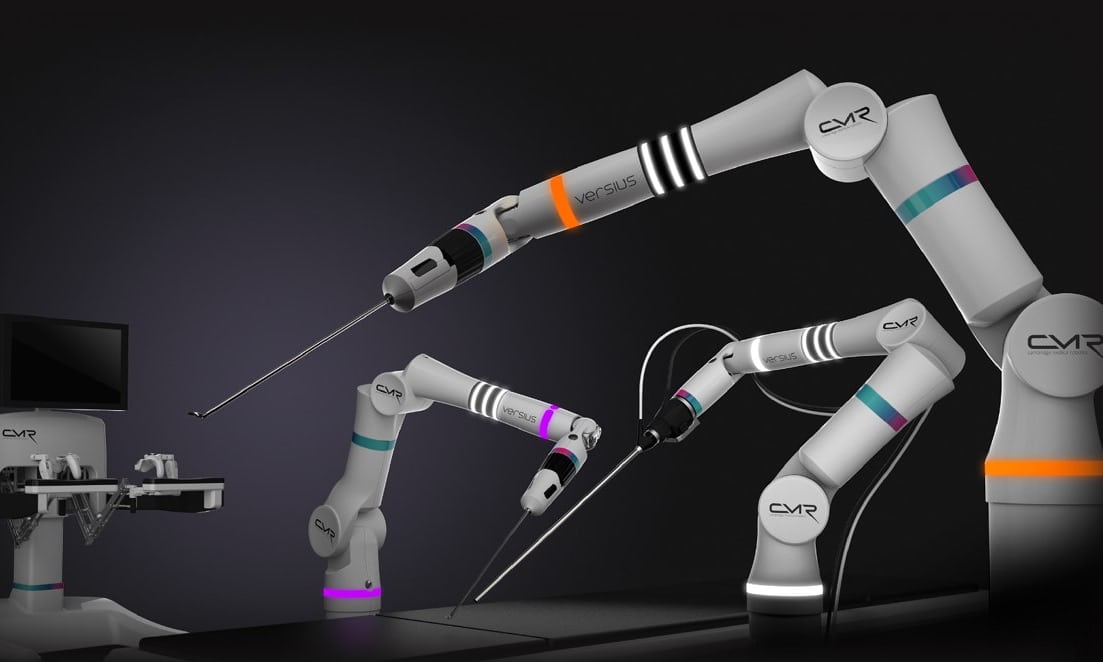 Everyday operations for tens of thousands of patients could be set to be transformed thanks to a Cambridge-based company that operates out of a converted pig shed. Cambridge Medical Robots have created the world’s smallest surgical robot using low-cost technologies originally developed for mobile phones and the space industry.

The Versius robot is the first designed specifically for keyhole surgery, and mimics the movements of the human arm. The device can carry out a range of laparoscopic procedures, from hernia repairs to nose and throat surgery, using only small incisions, and takes up about a third of the space usually required for surgical robots. The small size and low-cost technologies mean that the device will also be around half the cost of current surgical robots used by the NHS.

The robot is controlled by a surgeon, who uses a console and 3D imaging screen located in the operating theatre. The smaller size also means that the devices can be used more flexibly, moved around or between operating theatres or packed away when they are not in use, meaning that space in hospitals can be used more effectively. The robot will be launched next spring, and is expected to be used on procedures by the end of 2018 following training for surgeons.

Looking for a musical instrument that can fit in your pocket but generate thousands of sounds? A startup created by students at the University of Colorado at Boulder have developed app-connected musical rings called Specdrums that can transform colours into sounds, enabling users to tap on different shades to create an infinite combination of tunes.

The device, which is currently seeking funding on Kickstarter, can be used on any coloured surface, from printed-out keypad designs to everyday objects. The connected app enables users to customise the sounds produced and the colours they associate with, as well as letting them save and share music, and connecting with other musical composition tools like GarageBand or Ableton Live.

“Growing up as a drummer, I would tap on everything whenever I was away from my drum set,” said Steven Dourmashkin, founder of Specdrums. “I was determined to create the most portable drumming machine, capable of turning my taps into real percussion sounds. But what we’ve created is more than just a drumming tool – it’s a new instrument that makes musical creation in general more accessible, welcoming and fun.”