Take to the Skies with the Scorpion-3 Hoverbike

Russian drone company Hoversurf has been showing off its latest prototype and it's a doozy – a combination of motorcycle and drone that enables a rider to hover through the air.

The Scorpion-3 is a single-seat electric vehicle with four powerful copter blades enabling it to hover several feet off the ground and move around, at least within the controlled environment of a warehouse.

The vehicle is designed to be "an extreme sports instrument" for "amateur and professional navigators", but is equipped with software that limits its range and speed in order to ensure the safety of the passenger.

The Scorpion-3 is the latest in a series of prototype hoverbikes that are emerging, alongside other passenger-ready models like the Jetpack by Malloy, E-hang, E-volo and Aeofex. This wave of innovation, building on the development of smaller drones, seems to suggest that commercial hoverbikes aren't too far away.

Bionic Leaf Wins $100,000 Grant for Creating Food from Nothing 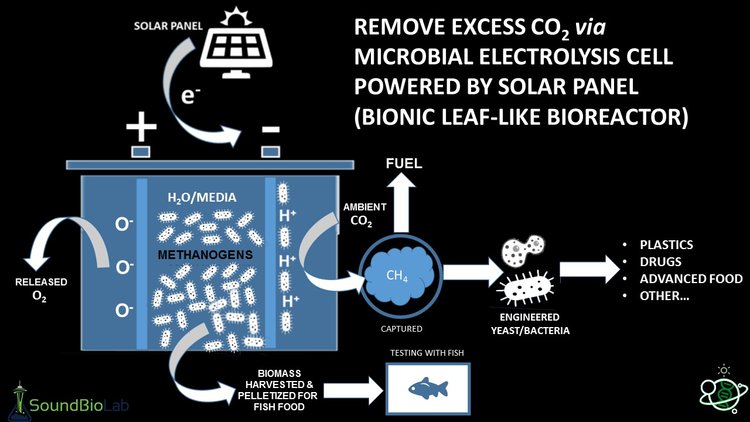 It's a truly impressive claim, but the science behind Bionic Leaf's method for turning air into food is solid enough that the firm recently won a $100,000 Amazon Catalyst grant to continue in its work to develop an open-source method of turning excess CO2 into something useful.

The company's Bioreactor Development Kit uses "microbial electrolysis carbon capture" to remove CO2, the main cause of climate change, from the air and convert it into methane fuel and fish food.

The technology has been in development for several years, but the firm aims to make it widely accessible with the hope of mitigating or even reversing the buildup of CO2 that has led to climate change.

"Most of us actually are space enthusiasts as well as biologists, and the idea of terraforming was essential to a lot of our thinking," said Mark Minie, affiliate assistant professor at the University of Washington's bioengineering department and project lead at Bionic Leaf, speaking to GeekWire. "And it occurred to all of use that the first planet we're likely to terraform will be Earth."

Stop Eating Your Skittles Like a Filthy Animal with this Machine

Skittles are obviously designed to be sorted into piles by flavour before being eaten in either uniform collections or thoughtful, palette-pleasing combinations, but that doesn't stop some people simply wolfing them down by the handful like a common barbarian.

Thankfully, a mechanical engineering study at Eindhoven University of Technology in New Zealand has come up with a high-tech solution for those too lazy to sort their sweets. Willem Pennings' device filters Skittles (or M&Ms) using a colour sensor, then distributes them to smaller bowls at the bottom of the machine.

Pennings has put the instructions on how to build the device, which uses an Arduino controller, an RGB colour sensor and several 3D-printed parts, up on his blog if you're in need of a sweet sorter, or are planning on having Van Halen at your concert venue. 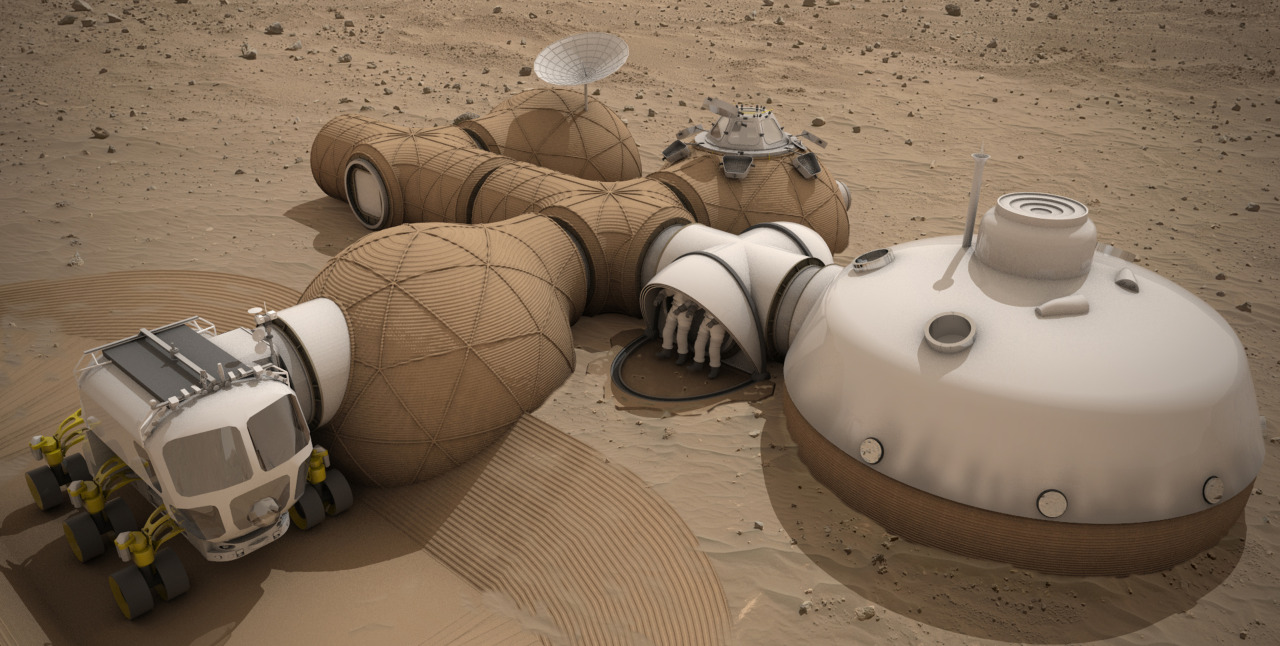 One of the key ways to make space travel easier is to lighten the load of what you're taking, but when you're planning on landing on another planet that doesn't support human life, there's obviously a lot of essentials you need to pack.

As NASA explores the feasibility of different plans to get to Mars, the agency is working with a professor at the University of Central Florida on a plan that would enable astronauts to extract metals from the Martian soil which could then be fed into a 3D printer to create habitats, ship parts and more.

The method would involve a process called molten regolith electrolysis, a technique similar to how metal ores are refined here on Earth. Martian soil would be heated to almost 3,000 degrees Fahrenheit, then electrolysis would separate out oxygen and molten metals, both of which would be put to use in a habitat.

Ambiotherm Will Blow You Away with Virtual Wind

The recent advancements in virtual reality have focused on making the VR experience as realistic and immersive as possible, but there are certain elements that are always missing from virtual environments, like the feeling of the sun on your face, or the chill of the wind.

That issue could be a thing of the past thanks to Ambiotherm, a new VR accessory created at the National University of Singapore that can mimic weather effects. Two fans mounted on servo-motors are attached to the front of a VR headset, while a temperature module attaches to the back of the user's neck to create warmth, with both modules controlled from the headset via Bluetooth.

According to the Ambiotherm project description, "VR systems simulate physical presence in an environment through visual and auditory stimuli. By utilizing only two of the human senses, this approach to VR limits the number of modalities that are engaged. By providing the user with a combination of visual, auditory, thermal and wind sensations, Ambiotherm is able to increase users’ sense of presence in VR experiences."