Researchers at the National Institute of Health’s Clinical Center Rehabilitation Medicine Department have created the first robotic exoskeleton specifically designed to help children with cerebral palsy who suffer from mobility issues by providing them with powered knee extension assistance at key points during the walking cycle.

Crouch (or flexed-knee) gait is a common and debilitating condition in children with cerebral palsy, involving the excessive bending of the knees while walking. While conventional treatments including muscle injections, surgery, physical therapy and orthotics can help, crouch gait still often leads to a progressive degeneration of mobility as sufferers age, resulting in the loss of walking ability in roughly half of all adults with the disorder.

The NIH Clinical Center tested a prototype powered knee exoskeleton with seven individuals aged between five and 19, all of whom had been diagnosed with crouch gait from cerebral palsy. The tests saw improvements in knee extension among most participants similar to or greater than those from invasive surgical treatments, and also didn’t result in reductions in muscle activity elsewhere in the legs, which indicated that participants were working with the exoskeleton, rather than relying on it entirely.

“Most wearable exoskeletons have been designed for adults with paralysis, with the exoskeleton replacing the lost function of the user’s,” said Dr Thomas Bulea, principal investigator of the study. “We sought to create a device that could safely and effectively improve the posture of children with crouch gait while they walked. The improvements in their walking, along with their preserved muscle activity, make us optimistic that our approach could train a new walking pattern in these children if deployed over an extended time.” 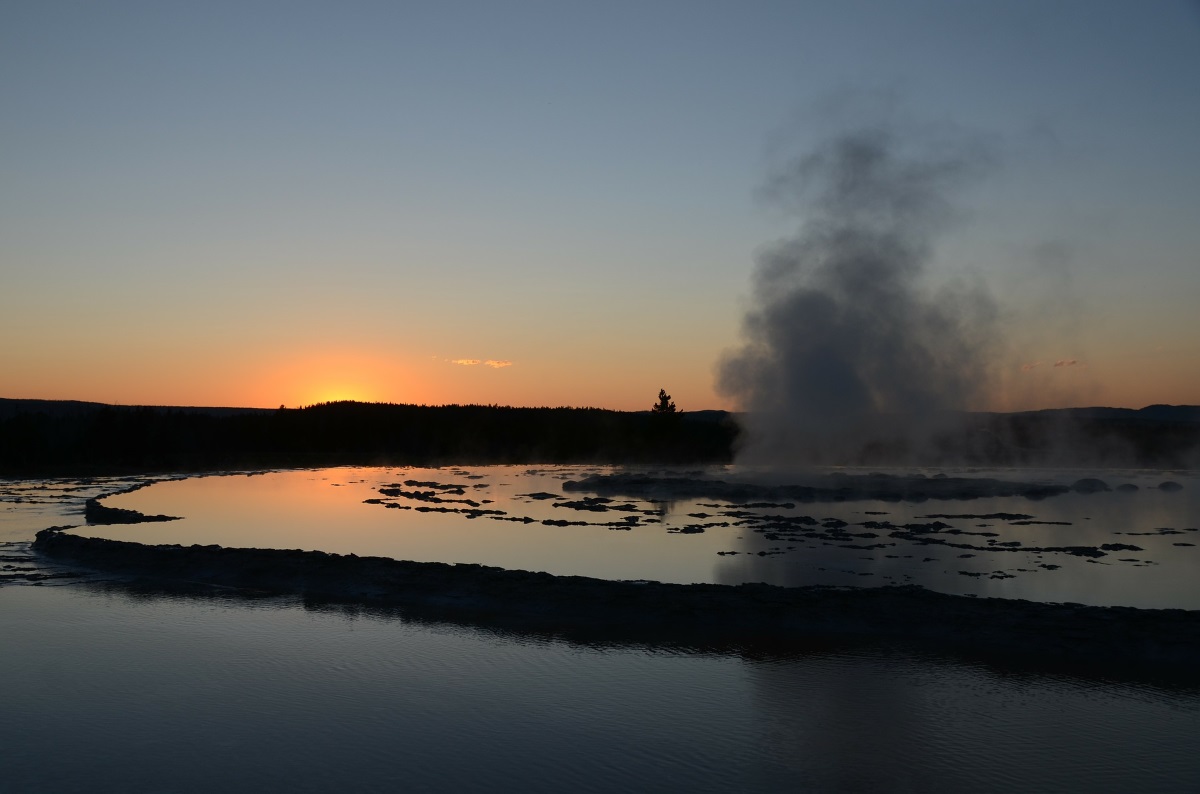 Yellowstone National Park is one of the great untouched wildernesses of the United States, preserved for public enjoyment by the National Parks Service and home to such tourist attractions as the geyser Old Faithful. However, the park is positioned directly over a dormant supervolcano, a massive pool of magma beneath the surface that could prove an existential threat to all human life on Earth.

The supervolcano is thought to erupt every 700,000 years, and with the last eruption 640,000 years ago, we are getting awfully close to the next world-changing disaster being due. However, in order to erupt, the molten rock contained within the vast Yellowstone caldera needs to be heated enough to become ‘highly fluid’, and this has led NASA to a plan to delay the eruption and safeguard humanity’s survival.

Experts at NASA’s Jet Propulsion Lab estimate that the supervolcano needs to be cooled by roughly 35 per cent to prevent an eruption, and to do this, it has proposed boring a series of holes into the earth to cool the subsurface magma chambers. These 10km-deep holes would tap into underground water beneath and next to the magma chamber. Cooler water would then be pumped in, reducing the overall temperature.

The plan is not without its risks – drilling too deep could cause a depressurisation and accidentally trigger an eruption – but while the plan would cost in excess of $3.5bn (£2.7bn) to carry out, it could eventually end up paying for itself. The researchers believe that the heated pool of water could serve as a source of geothermal energy, with steam driving turbines and providing cheap, clean energy for the surrounding area.

Introduce your Kids to the World of 3D Printing with Toybox

Children often have the upper hand when it concerns getting to grips with new technology, but even the most tech-savvy kid will hopefully be impressed by the Toybox, a 3D printer designed to introduce kids to the world of manufacturing and design. The device can supposedly be set up in five minutes and is simple enough for children to operate with barely any instruction.

Using a connected app, kids can select designs from Toybox’s online catalogue, customising designs before they print them out. Kids can also create their own designs and upload them to the catalogue, creating a growing collection of innovative blueprints. The printer can work at a resolution of 200 microns, producing fine details in toys, and has a unique print bed design that enables designs to be bent free, rather than requiring a sharp tool.

“We see Toybox as the toystore of the future, where any toy that a child wants is one click away,” said Andy Pavia, co-founder of Toybox. The device is currently seeking crowdfunding on Indiegogo, and will work with any PLA filament for 3D printers, although Toybox has its own non-toxic, biodegradable ‘printer food’ available. 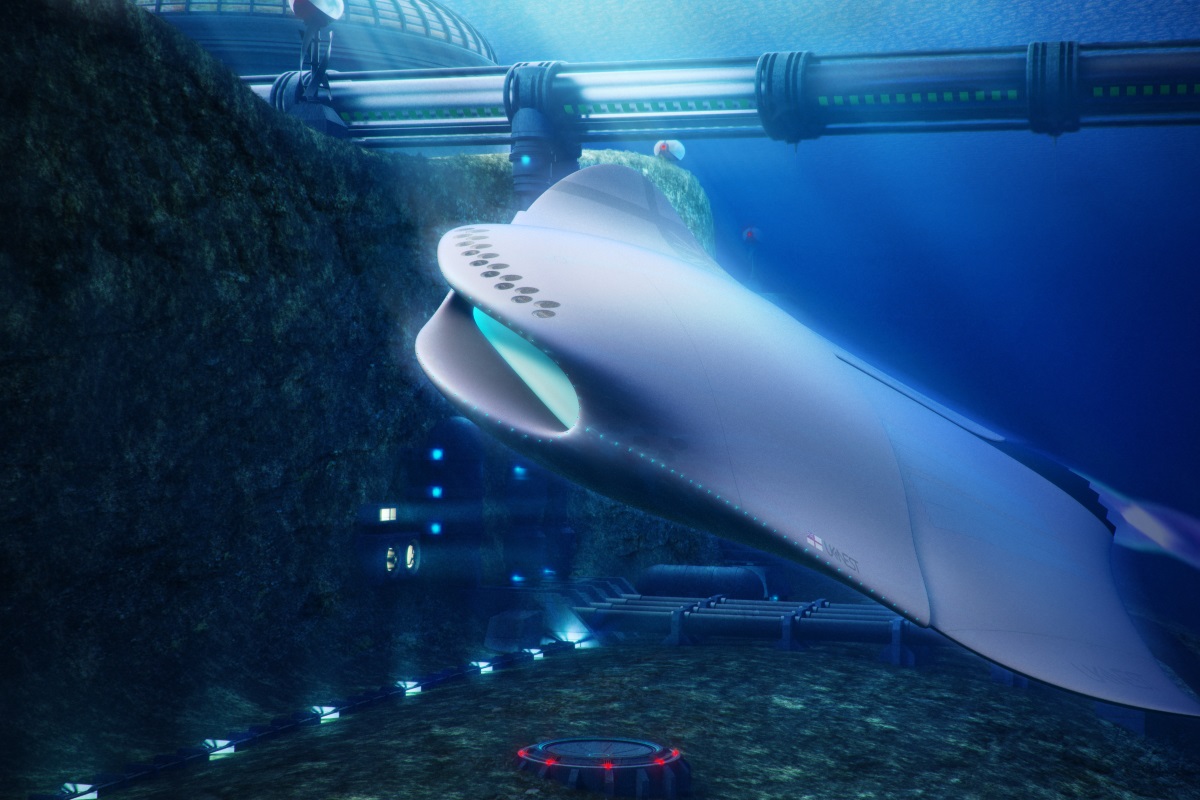 The Royal Navy has worked with some of the UK’s brightest and most talented young engineers and scientists to come up with designs for what submarines could look like in the future. The concepts drew inspiration from natural forms to come up with everything from manta ray-style motherships to fish-like torpedoes that can swarm enemy targets.

The Nautilus 100 project included engineers and designers from BAE Systems, Lockheed Martin and Rolls-Royce, among others, and brought together a wide range of emerging technologies from brain-computer interfaces to hybrid “algae-electric” propulsion. The concepts included a 20-person stealth submarine, eel-like unmanned underwater vehicles to create sensor networks and micro drones that would dissolve in water after time.

“Today’s Royal Navy is one of the most technologically advanced forces in the world, and that’s because we have always sought to think differently and come up with ideas that challenge traditional thinking,” said Commander Peter Pipkin, Fleet Robotics Officer for the Royal Navy. “If only 10 per cent of these ideas become reality, it will put us at the cutting edge of future warfare and defence operations.”

The rise of consumer drone technology has brought with it a similar rise in the desire to shoot the noisy hovering devices out of the sky. While some companies are working on advanced anti-drone technologies for security or privacy purposes, one YouTuber has taken a more low-tech approach purely to answer the age-old question: what happens when a rocket-propelled sword hits a hovering drone?

David Windestal’s channel includes some more conventional drone photography, but his most popular series is ‘Rocket Knife’, which involves a blade attached to a homemade sled, powered by a rocket, cutting through a variety of objects. The rocket generates 120 pounds of thrust using a mixture of sorbitol and potassium nitrate, and impacts with an energy of 3,000 joules.

Windestal decided to combine his drone videos with his Rocket Knife series, and set a DJI Phantom drone hovering in the target zone of the rocket sled. Equipped with a Japanese katana, the Rocket Knife made short work of the drone, although Windestal was disappointed that he was about a centimetre short of cutting clean through the quadcopter. Given that it requires a drone to hover in place long enough to launch the sword at it, the Rocket Knife is probably not the most efficient method of disposing of unwanted surveillance, but you can’t fault it for spectacle.

"As we emerge from lockdown, there are new problems and challenges to address... Sign up today for our Virtual Mobil… https://t.co/TfLe65VhHD"
5 hours ago
"Payments giant @Mastercard wants to break digital wave record in latest Champions League campaign https://t.co/3yxxlhgF6Z"
6 hours ago
"Google rolls out more coronavirus-related travel tools https://t.co/XNwQ7dtHbn"
9 hours ago