The robot developed by researchers at Stanford University and the University of California, Santa Barbara may not look like your traditional android, but given time it could be installing wiring in your walls, extinguishing fires or even searching for survivors during disasters. The new design is capable of quickly growing to up to 236 feet in length and navigating through tiny spaces.

Inspired by natural organisms like vines, fungi and nerve cells, the robot consists of a tube of soft material that is folded inside itself. As the tube is pneumatically inflated, it unfolds from the front outwards, turning right-side-out and growing at speed. The researchers can even modulate how it unfolds to turn corners.

“The body lengthens as the material extends from the end but the rest of the body doesn’t move,” said Elliot Hawkes, assistant professor from the University of California, Santa Barbara and lead author of the paper on the robot’s prototype models. “The body can be stuck to the environment or jammed between rocks, but that doesn’t stop the robot because the tip can continue to progress as new material is added to the end.”

The robot has already made its way through obstacle courses consisting of flypaper, nails and glue, lifted crates by travelling underneath them and inflating, delivered antennas and cables to hard-to-reach spots and carried a camera along to investigate remote areas. Researchers are now preparing similar devices at both larger and smaller scales, and with tougher materials, to see how versatile this type of robot can be.

Solar Cube is Lifeline for Refugees 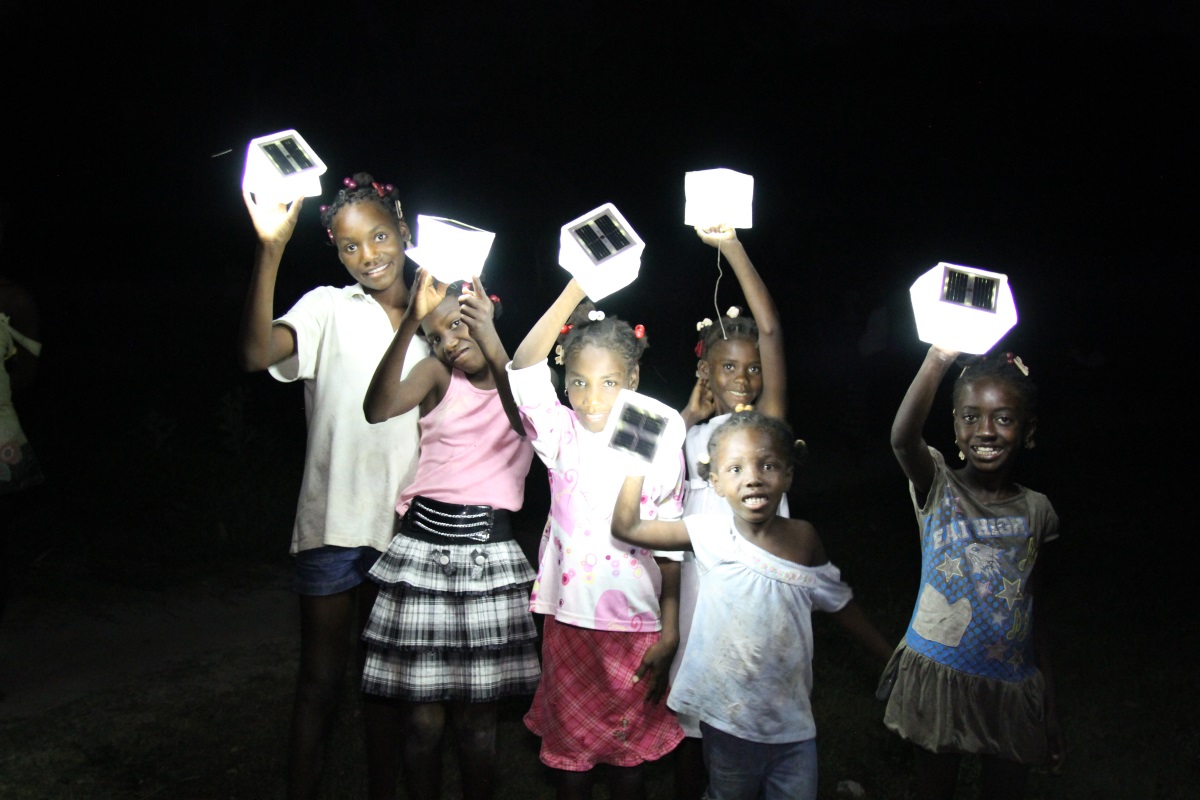 The SolarPuff, a two-ounce collapsible solar lamp created by Solight Design, has been used at events including the Oscars and Sundance Film Festival, but the device is having its biggest impact halfway around the world, in camps for those fleeing the ongoing violence in Syria or emergencies in Nepal.

Invented by Solight Design’s CEO Alice Min Soo Chun, the SolarPuff can be collapsed into a flat sheet or expanded into a 4.5-inch cube that can generate light for up to eight hours, and only requires sunlight to recharge itself. The lamp comes with a variety of settings for different lighting needs, as well as a blinking mode that can be used to signal distress.

“A lot of times the kids are suffering from trauma and they’re frightened, but when they’re handed the light, they perk up,” said Chun in an interview with Fast Company. The SolarPuff often replaces dangerous kerosene lamps, which produce toxic fumes, can easily result in fires and cost huge amounts in fuel. “They can save that money for food, education, building homes.”

As part of the company’s 10 Million Rays of Light campaign, Solight Design has been working with a variety of non-profit organisations to distribute the SolarPuff to refugees and people in economic distress around the world, providing a cheap, reliable and portable light source that is also environmentally friendly and sustainably powered.

AI Program Can Predict Recipe Based on Photo of Food

Ever seen a delicious looking meal on Instagram or in a magazine and wished you had the recipe so you could recreate it at home? A new project by the AI lab at MIT called Pic2Recipe could be exactly what you need. Utilising computer vision and machine learning tools, the team was able to develop a program that could look at a photo of food, then predict the ingredients and suggest a recipe.

“In computer vision, food is mostly neglected because we don’t have the large-scale datasets needed to make predictions,” said Yusuf Aytar, a post-doctoral student at MIT who co-wrote the paper on the software. “But seemingly useless photos on social media can actually provide valuable insight into health habits and dietary preferences.”

The team took existing research and data that enabled a computer vision program to identify food images with around 80 per cent accuracy, and combined it with a database of over 1m recipes that were annotated with information about the ingredients. This was then used to train a neural network to find patterns and make connections between the food images and the corresponding ingredients and recipes.

The majority of satellites aren’t visible to the naked eye, and barely trackable with the average consumer-grade telescope, but a Russian advertising agency has teamed up with students at Moscow Polytechnic University to create one that will briefly be the second brightest object in the night sky, second only to the Moon.

The project is designed to inspire interest in space, as well as test a number of scientific instruments and provide some out-of-this-world marketing buzz for the agency’s partners. The satellite is called Mayak, Russian for ‘beacon’, and was launched aboard a Soyuz rocket that also delivered 73 other satellites into orbit.

Mayak’s brightness comes from a large pyramid of metallic film that will serve as a giant mirror, reflecting light from the sun towards earth and briefly making it one of the brightest objects circling the planet, outshining even the International Space Station. Mayak won’t be in orbit for long though – the project is also designed to test a braking mechanism that will help reduce space debris by slowing down objects so they will re-enter the atmosphere and burn up. If all goes to plan, Mayak will be gone within 30 days.

An artist in Lithuania has found a unique subject for his latest work – smartphone data. Andrius Sarapovas has partnered with the Tele2 network to create a gigantic automated sculpture that can transform 4G data into sound and music.

The Kinetic Generative Music Installation consists of 77 individual units, each one including a metal bar set to chime one of four different notes across a spread of four octaves. The units also include a sound activator, sound damper, resonator and mechatronics to control their activation, with each second of data translating into one second of music.

The different notes (C, D, F and G) correspond to different areas of Lithuania (east, south, west and north respectively) while the pitch is determined by how much data is being downloaded. The installation’s lighting and animated shadows are also controlled by the  4G data, creation a multi-sensory experience based on the country’s smartphone signals.