‘Baby island’ will provide NASA with better understanding of Mars 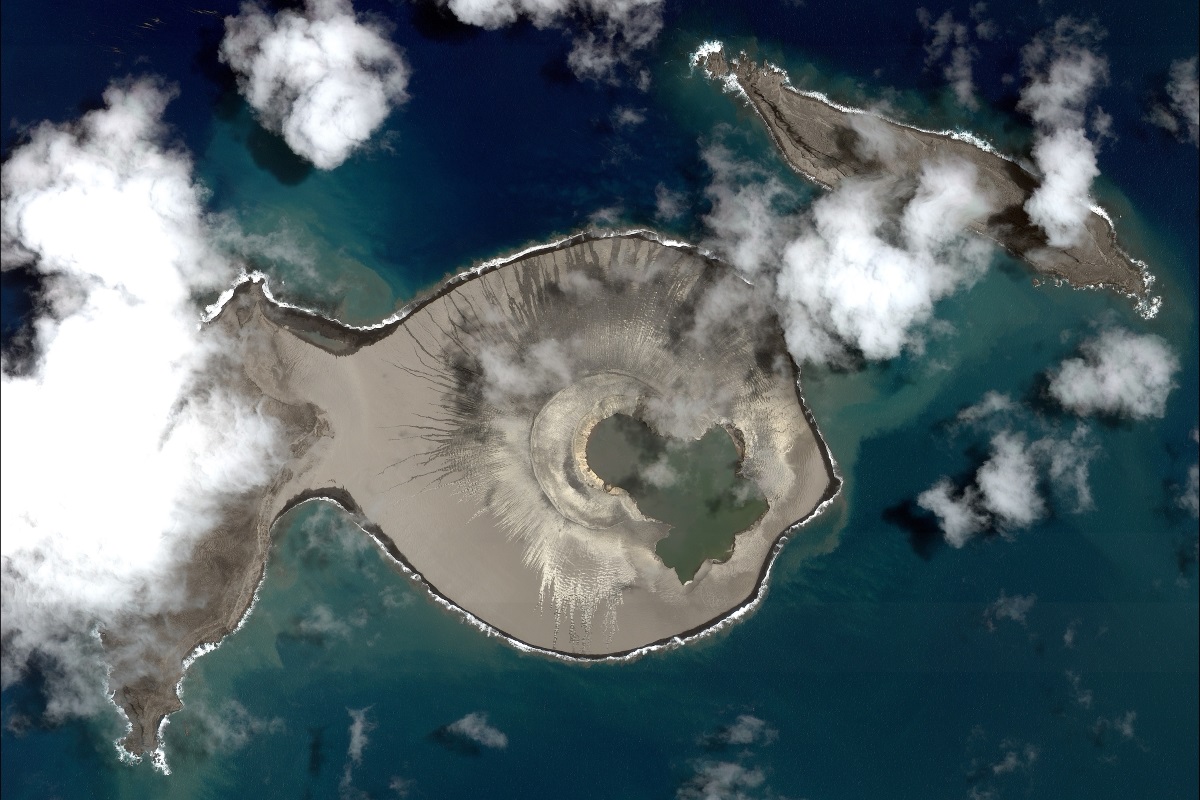 A newly-emerged island in the Pacific could provide scientists at NASA with vital insights into the landscape of Mars, including where to look for key evidence of microscopic life. The island of Hunga Tonga Hunga Ha’apai (HTHH) first developed in late 2014 from a submarine volcano, and has been growing and evolving ever since.

The island, which boasts a summit around 400-foot tall, is part of the Kingdom of Tonga, and lies between two older islands. Initially projected to survive only a few months, NASA researchers studying the site now believe it could last between six and 30 years, and will provide scientists with unprecedented insights into the development and erosion of islands. These insights could then provide scientists with a greater understanding of similar features elsewhere in the solar system, including Mars.

“Volcanic islands are some of the simplest landforms to make,” said Jim Garvin, chief scientists of NASA’s Goddard Space Flight Centre. “Our interest is to calculate how much the 3D landscape changes over time, particularly its volume, which has only been measured a few times at other such islands. Everything we learn about what we see on Mars is based on the experience of interpreting Earth phenomena. We think there were eruptions on Mars at a time when there were areas of persistent surface water. We may be able to use this new Tongan island and its evolution as a way of testing whether any of those represented an oceanic environment, or ephemeral lake environment.”

HTHH is the first such island to emerge since the advent of advanced satellite imaging, and as such researchers have been able to track its growth using high-resolution optical sensors and radar. For the first six months, the island underwent dramatic changes, but has since settled into relative calm. A similar island near Iceland which emerged 54 years ago was able to survive past its first few months due to warm seawater chemically altering the fragile and easily eroded rock, and the scientists believe something similar may have happened with Hunga Tonga Hunga Ha’apai.

The latest athlete to carry the Olympic torch? Hubo the robot

The traditional journey of the Olympic torch to the site of the next games is well under way in preparation for the 2018 Pyeongchang Winter Games, but the latest torch bearer is anything but traditional. On Monday, a robot designed by the Korean Advanced Institute of Science and Technology carried the torch for a stretch as it travelled through Daejon, South Korea.

Hubo the robot was the winner of the 2015 DARPA Robotics Challenge, beating out 22 other robots to win the $2m (£1.5m) prize, and was selected to carry the flame to showcase South Korea’s technology industry. During the Winter Games, around 85 robots of various designs will be deployed by the organising committee to serve as volunteers and guides.

Hubo was passed the torch by Professor Dennis Hong, founding director of the Robotics and Mechanisms Laboratory at UCLA in Los Angeles, and after completing its section of the relay, used in-built tools to cut through a section of brick wall in order to hand the torch off to Dr Oh Jun Ho, one of the scientists responsible for originally developing the robot back in 2004.

“Though the robot’s participation in the relay, we were able to show people how far (South) Korea’s robotic industry has developed and show people the different ways that robots can be used in the near future,” said Dr Oh. 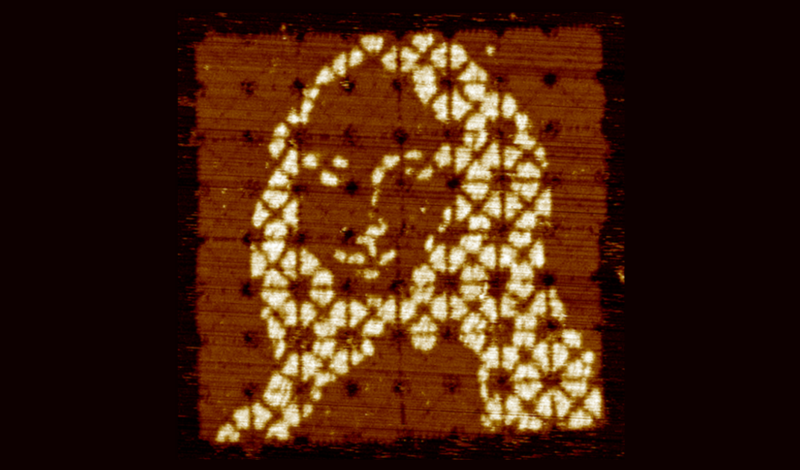 The research builds on Professor Paul Rothemund’s DNA origami study, carried out over 10 years ago, which developed a method to fold a long strand of DNA into a prescribed shape. Rothemund’s breakthrough enable scientists to create self-assembling DNA structures that could carry any specified pattern, and revolutionised the field of nanotechnology.

The Caltech researchers advanced his work, developing software that could take images and determine the DNA sequences needed to create them. The larger image is then broken up into smaller tiles, which are individually assembled and then ‘stapled’ together using unique edges that will only combine in certain patterns, to ensure the picture comes together correctly. The technology isn’t just for creating small images – practical applications include making extremely dense circuits, building exotic organic materials or testing chemical and molecular interactions.

YouTuber inserts Alexa into a Furby

The humble Furby is almost 20 year old, and even with the numerous upgrades and relaunches the toy has seen, it can’t really compare with the skills and capabilities of modern digital assistants like Amazon’s Alexa. One YouTuber decided to change that, by integrating Alexa directly into the body of a Furby toy to create, in his words, ‘Furlexa’.

Created by Zach Levine, ‘Furlexa’ uses a Raspberry Pi Zero W and Amazon’s semi-open source Alexa Voice Service software, along with a few other electrical components, to convert the Furby into a smart assistant. The design is based on an existing guide for building a Raspberry Pi Amazon Echo, but takes it one step further by giving it a furry exterior.

Levine replaced the Furby’s original CPU and related circuitry with a Raspberry Pi Zero W, and upgraded the Furby’s sound input and output with a USB microphone, small amplifier and speaker to bring its vocal capabilities up to standard. The Furby’s motors and servos connect to the Pi, so that it appears to speak when Alexa activates, and the motherboard is able to run the full version of Alexa, enabling the Furby to provide information and even control other Internet of Things devices. 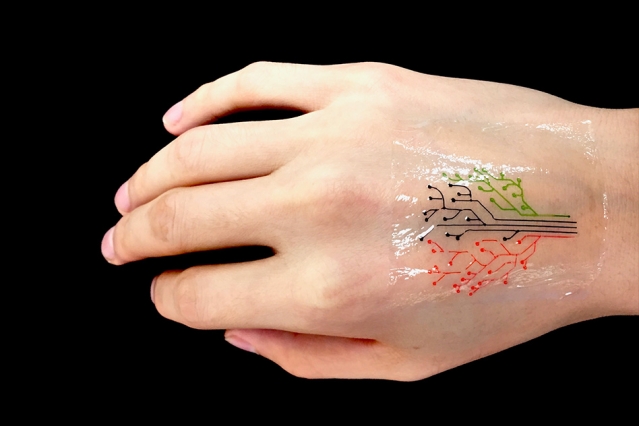 Engineers at MIT have devised a 3D printing technique the uses a new kind of ink made from genetically-programmed living cells. The bacterial cells are engineered to light up in response to a variety of stimuli, and when mixed with a slurry of hydrogel and nutrients, can be printed, layer by layer, to form three-dimensional interactive structures and devices.

The team demonstrated the new technique by printing a ‘living tattoo’, a thin transparent patch patterned with live bacteria cells in the shape of a tree. Each branch of the tree is lined with cells sensitive to a different chemical or molecular compound, and when the patch is adhered to skin that has been exposed to the same compounds, the regions of the tree light up in response.

The researchers believe the method can be used to fabricate ‘active’ materials for wearable sensors and interactive displays, patterned with live cells that are engineered to sense environmental chemicals and pollutants as well as changes in pH and temperature. The technique could even be used to print ‘living computers’ – structures with multiple types of cells that communicate with each other, massing signals back and forth, similar to transistors on a microchip.