It was only a couple of weeks ago that we were admiring Boston Dynamics’ latest leap forward in robotics, with its newly unveiled SpotMini that boasted a fresh new look and smoother-than-ever motions. Now, the SoftBank-owned robotics pioneers have taken a very literal leap, revealed a version of its humanoid Atlas robot that can jump, bound and backflip.

It’s hard to understate how much of an advance this is in terms of robotic co-ordination, dexterity and balance. For some perspective, just two years ago, a series of tests by US military tech specialists DARPA found androids struggling to achieve tasks like walking up stairs and navigating doorways. Last year, Boston Dynamics unveiled a version of the Atlas that could walk on uneven ground and adjust to outside force, but the idea of it performing such complex stunts was still a pipe dream.

The achievement comes from advancements in both hardware and software. The Atlas takes advantage of 3D printing to save weight and space, resulting in a remarkably compact robot with a high strength-to-weight ratio. Earlier this year, Boston Dynamics introduced a wheeled robot called the Handle which was capable of a four-foot vertical jump, representing an increase in hydraulic power and efficiency.

However, these improvements in hardware also needed computing power and software control to back them up. The complex algorithms that enable the Atlas to balance and reorient itself after making a jump are cutting edge, and there is likely still a massive amount of work to be done in this regard if we want to see the android tackle jumping outside of a controlled environment. Still, the video, which was uploaded with little fanfare from the former Alphabet unit, represents one giant leap for robotkind.

Monkeys demonstrate robotic arms can be controlled with brainwaves 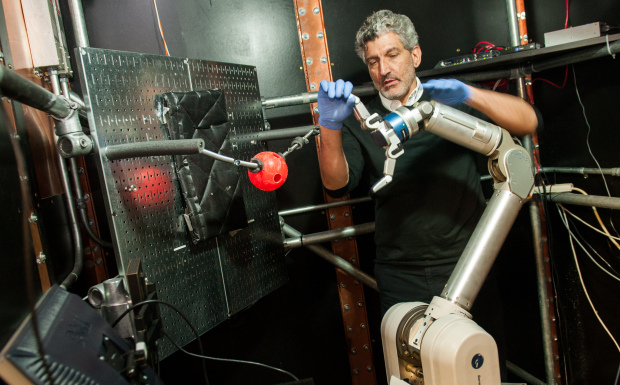 A new study working with three rhesus monkeys with missing limbs has shown that amputees may soon be able to learn to control robotic arms through electrodes implanted in their brains. The research, carried out by neuroscientists at the University of Chicago, has shown that the brain can create new connections to control robotic prosthetics, even several years after an amputation.

Previous experiments have focused on paralysed patients, enabling them to move robotic limbs through brain machine interfaces. The study is the first to test the viability of such technology in amputees as well, using three monkeys who suffered injuries at young ages that resulted in arms being amputated. The monkeys were implanted with electrode arrays in the side of the head that would enable them to control a robotic limb, then trained using a reward system.

“That’s the novel aspect to this study, seeing that chronic, long-term amputees can learn to control a robotic limb,” said Nicho Hatsopoulos, PhD, professor of organismal biology and anatomy at the University of Chicago. “But what was also interesting was the brain’s plasticity over long-term exposure, and seeing what happened to the connectivity of the network as they learned to control the device.”

While the monkeys were trained to move a robotic arm and grasp a ball using only their thoughts, the scientists were able to map the changes in neuron activity, monitoring how connections were made before, during and after the training. Brain areas that had declined following their amputations began to build up again, while other brain structures reformed to reflect the new tasks they were carrying out. The team behind the research plans to continue its studies, combining with other groups to equip neuroprosthetic limbs with sensory feedback.

Origami inspires design for artificial muscles that can lift 1,000 times their body weight

Researchers at Harvard’s Wyss Institute and MIT’s Computer Science and Artificial Intelligence Laboratory (CSAIL) have teamed up to develop a new type of artificial muscle that takes inspiration from the flexibility of origami to lift up to 1,000 times their own weight. These soft robots use only air or water pressure, but take an important step towards solving some of the harder challenges in all of engineering.

“We were very surprised by how strong the actuators were,” said Daniela Rus, PhD and the Andrew and Erna Viterbi Professor of Electrical Engineering and Computer Science at MIT. “We expected they’d have a higher maximum functional weight than ordinary soft robots, but we didn’t expect a thousand-fold increase. It’s like giving these robots superpowers.”

The actuators consist of an inner skeleton made of a harder material like metal or plastic, folded into a pattern, and a sealed outer skin of plastic or textile filled with air or fluid. A vacuum applied to the inside of the bag triggers the muscle’s movement, causing the skin to collapse onto the skeleton. The team behind the project created dozens of designs, making muscles that could contract down to 10 per cent of their original size and perform delicate operations, while still generating six times more force per area than mammalian skeletal muscles can. 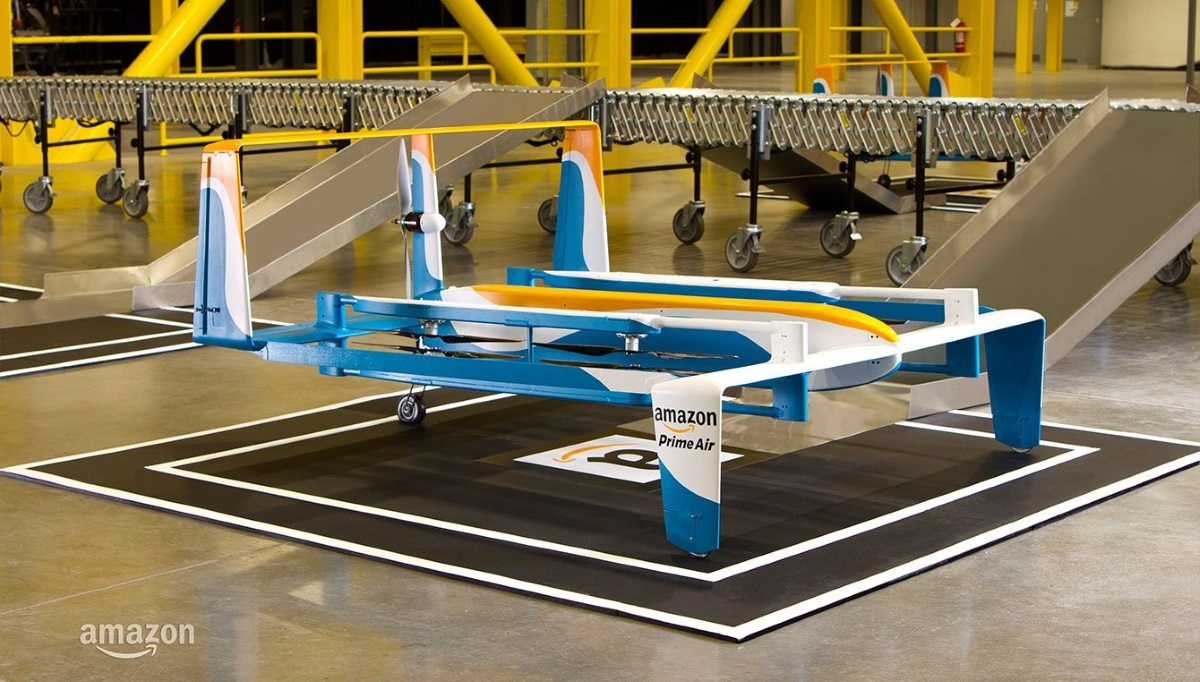 It might sound like exactly the sort of thing you don’t want to happen, but Amazon has patented a system that would enable its unmanned delivery aircraft to disintegrate in mid-air if it believes it is going to crash, breaking into smaller parts that are less likely to damage people, animals or property when they tumble from the sky.

While UAVs have come a long way, factors like software malfunctions, bad weather or even human interference can all lead to in-flight failures that cause the drones to fall to Earth. Amazon’s system would enable airborne drones that are suffering difficulties to assess conditions on the ground then shed parts over safe areas before it hits the ground.

“The fragmentation sequence includes a release timing and a release location to fragment away (e.g., release, drop, jettison, eject, etc. away) one or move UAV components in case the flight operation of the UAV is disrupted,” said the patent. The patent also suggests that, rather than disintegrating entirely, the system would allow a drone to shed malfunctioning parts to attempt a safe landing.

If the idea of cleaning up kitty litter is simply too much for you, or you just have a truly pampered pet, then the Catolet may be for you. The new smart device is designed to sweep away any waste without any need for litter or cleaning, with a conveyor belt system disposing of poop and flushing it away into the sewer, almost like a human toilet.

The device contains sensors that can detect when it is in use, and once your pet is done, it automatically disposes of solid and liquid waste and cleans up. While it requires connection to the water supply, this can be done by owners without the need for a plumber 90 per cent of the time, according to the manufacturers, and the Catolet even automatically detects leaks, shutting down the supply and warning owners in case of any problems.

The Catolet, which is currently seeking crowdfunding on Kickstarter, includes a series of litter tray attachements to let your pet adjust to the new system, and has an accompanying app enabling you to customise settings remotely and monitor your pets pooping habits throughout the day. There are even multiple designs available to match your bathroom décor, so your pet feels at home on its new potty.