First Ever Hole-in-one for a Robot Golfer


Tiger Woods' star may have slightly faded in the golf world, but a robot that shares his first name just scored a historic achievement at the Phoenix Open, scoring a hole-in-one at TPC Scottsdale on its world-famous 163-yard 16th hole.

The robot, Eldrick, took just five tee-off attempts to sink the ball, making use of state-of-the-art technology to map the course, design the optimum swing and execute it perfectly. The robot was created by Gene Parente, whose Golf Laboratories company has spent the last 20 years testing golf gear and creating robots that can challenge humans at the game.

The company's robots, many of which have been sold to top golf equipment manufacturers around the world, can be programmed to play shots with incredible accuracy and minute adjustments, with software enabling them to replicate any individual golfer's swing.

The crowd present at the tournament celebrated Eldrick's incredible shot by launching beer bottles onto the green, a tradition that dates back to 1997, when Tiger Woods managed to ace the same hole. Time will tell if Eldrick manages to have a career as successful as his namesake. Linebacker Prepares to Take 3D Printing to the Super Bowl

When Thomas Davis, linebacker for the Carolina Panthers, fractured his right forearm during an NFC title game against the Arizona Cardinals on 24 January, the 11-year Panther veteran probably thought he had lost out on the chance to play alongside his teammates at this Sunday's Super Bowl against the Denver Broncos.

However, thanks to the first ever 3D-printed equipment for an NFL game, Davis is expected to start in this Sunday's game at Levi's Stadium in Santa Clara, California. Along with a metal plate and a dozen screws in his right arm, Davis will have a customised brace that was 3D printed especially for his body.

The brace was created by Utah-based engineering firm WhiteClouds, who worked with 3DElite to design and create a brace based off a 3D scan of Davis' arm that was carried out just after his surgery. The team took eight hours to engineer the brace so that it perfectly complemented Davis' body, then after 30 hours of printing, it was shipped off to the Panthers.

The brace is designed to be lightweight and breathable, but also capable of absorbing the shocks that Davis will receive on Sunday from the Bronco's offensive line. Made from plastic and rubber materials, with a core of a spongey material called Poron XRD designed to absorb impact, it will give Davis the opportunity to represent the team he's been with for over a decade at Super Bowl 50.

Scientists Extend Life of Mice by 35 Per Cent


Researchers at the world-renowned Mayo Clinic believe they may have cracked one of the fundamental mysteries of aging, having managed to extend the life of mice by up to 35 per cent, as well as giving them improved heart and kidney function and keeping them more active later into their life. The key to the research lies in removing 'senescent' cells that have ceased to function.

"Cellular senescence is a biological mechanism that functions as an 'emergency brake' used by damaged cells to stop dividing," said Dr Jan van Deursen, chair of biochemistry and molecular biology at the Mayo Clinic, and senior author of the paper. By genetically modifying the mice with a 'suicide gene', the team were able to administer a drug that targeted and destroyed these senescent cells.

While cellular senescence is key to cancer prevention, preventing mutated cells from spreading, once the 'emergency brake' has been pulled, the cells are no longer useful, and build up in humans and animals as they age. By removing them, the team not only improved the mice's health and aging, but also lowered the incidence of cancer among the test subjects. If the effect is translatable to humans, the drug treatment could in theory bring average life-expectancy up to 95 to 100 years, with an upper limit of up to 150. Researchers at MIT's Computer Science and Artificial Intelligence Lab have developed a chip and navigation system that is worn around the neck, and aims to provide blind and visually impaired people with a 'virtual guide dog' to help them navigate themselves around new areas.

The device uses a 3D-video camera and specialised algorithms to analyse the space in front of someone, which is then relayed back to the wearer using a handheld braille interface. The device can also alert someone when something suddenly appears in front of them, keeping wearers safe from collisions.

The system makes use of a revolutionary new chip for processing 3D camera data, which consumers only one-thousandth as much power as traditional computer processors making the same calculations, and enables the system to be far less bulky than previous attempts at similar solutions.


3D printing has revolutionised many aspects of design and manufacturing, with customised parts now available for a fraction of the cost and effort they were previously. However, the materials that 3D printers can work with remain fairly limited, which is why JS Shoe wants to take the technology a step further with 3D knitting.

The company's technology enables mass customisation of its slipper designs, with the smart manufacturing process enabling customers to ensure a perfect fit, and eliminating waste material from the method of production.

The project is currently seeking backing on Kickstarter, and is working with a design expert with over 30 years of experience in the shoe manufacturing industry to ensure that the footwear boasts extraordinary comfort and fit, no matter the size.
SHARE
Author
Tim Maytom 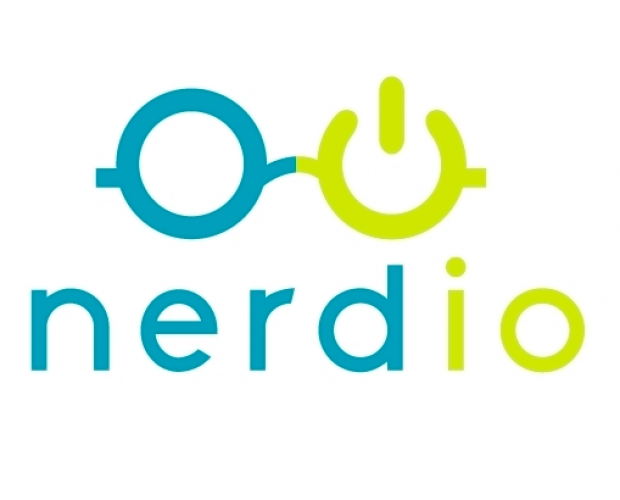