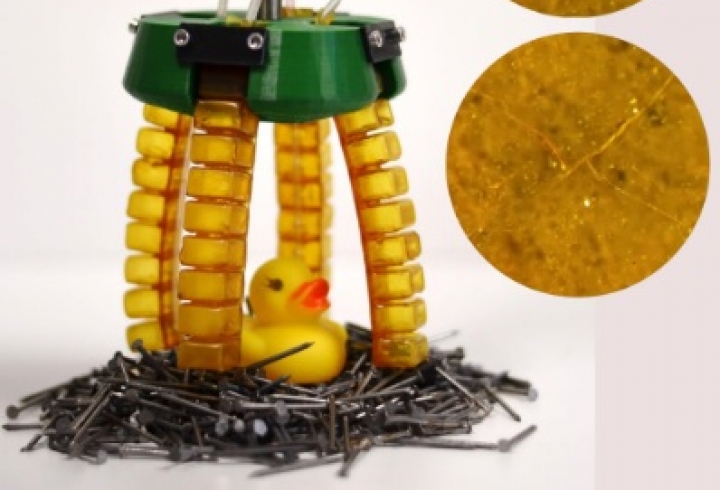 With a growing number of industries embracing automation, it can sometimes feel like ‘robot repair’ might be the only viable career of the future, but even that could be under threat, thanks to work carried out at Belgium’s Vrije Universiteit Brussel. Engineers working there have created a soft robot that is able to repair minor damage to itself thanks to a self-healing material.

The self-repair process is all thanks to a jelly-like polymer developed by the researchers. When heated up to 176 degrees Fahrenheit for 40 minutes, the material undergoes the Diels-Alder reaction which causes it to meld back together and seal over surface abrasions. After 24 hours resting at room temperature, the strength and flexibility of the robot is then restored and ready to go back to work.

So far, the material has been tested on a robotic gripper used to pick up objects, an artificial muscle and a robotic hand, all of which were able to be repaired using the process and return to full working order without any weak spots in the material. While the material is still in the proof-of-concept stage, it could result in changes in how robots are both designed and deployed.

“The outcome of the research opens up promising perspectives,” said Prof. Bram Vanderborght, who led the research. “Robots can not only be made lighter and safer, they will also be able to work longer independently without requiring constant repairs.”

The use of nanotechnology in medicine is making leaps and bounds at the moment, driven by advances in 3D printing, bioengineering and elsewhere. One of the latest breakthroughs comes from the University of California at San Diego, where researchers have developed injectable robots that can help combat bacterial infections in the gastro-intestinal tract by delivering antibiotics with pinpoint accuracy.

The tiny ‘micromotors’, each about half the width of a human hair, are able to swim rapidly throughout the stomach, neutralising the gastric acids around them, then releasing a cargo of drugs once their environment reaches the optimal pH level. This new method from treating stomach and GI tract conditions represents the first example of drug-delivering micromotors being used to treat bacterial infections.

Gastric acid can be destructive to orally administered drugs like antibiotics and protein-based pharmaceuticals. To manage for this, drugs used to combat conditions like bacterial infections, ulcers and other diseases in the stomach have to be taken with proton pump inhibitors, which suppress the production of gastric acid. However, when taken over longer periods or in high doses, these inhibitors can have side effects ranging from headaches and fatigue to anxiety and depression. The new nanotech solution avoids this whole process.

“It’s a one-step treatment with these micromotors, combining acid neutralisation with therapeutic action,” said Berta Esteban-Fernández de Ávila, a postdoctoral scholar who was part of the research group. The micromotors, which are mostly made from biodegradable materials, have so far been tested on mice, but researchers say the results are promising and that the work opens the door to further use of synthetic motors as a delivery method for treatment. 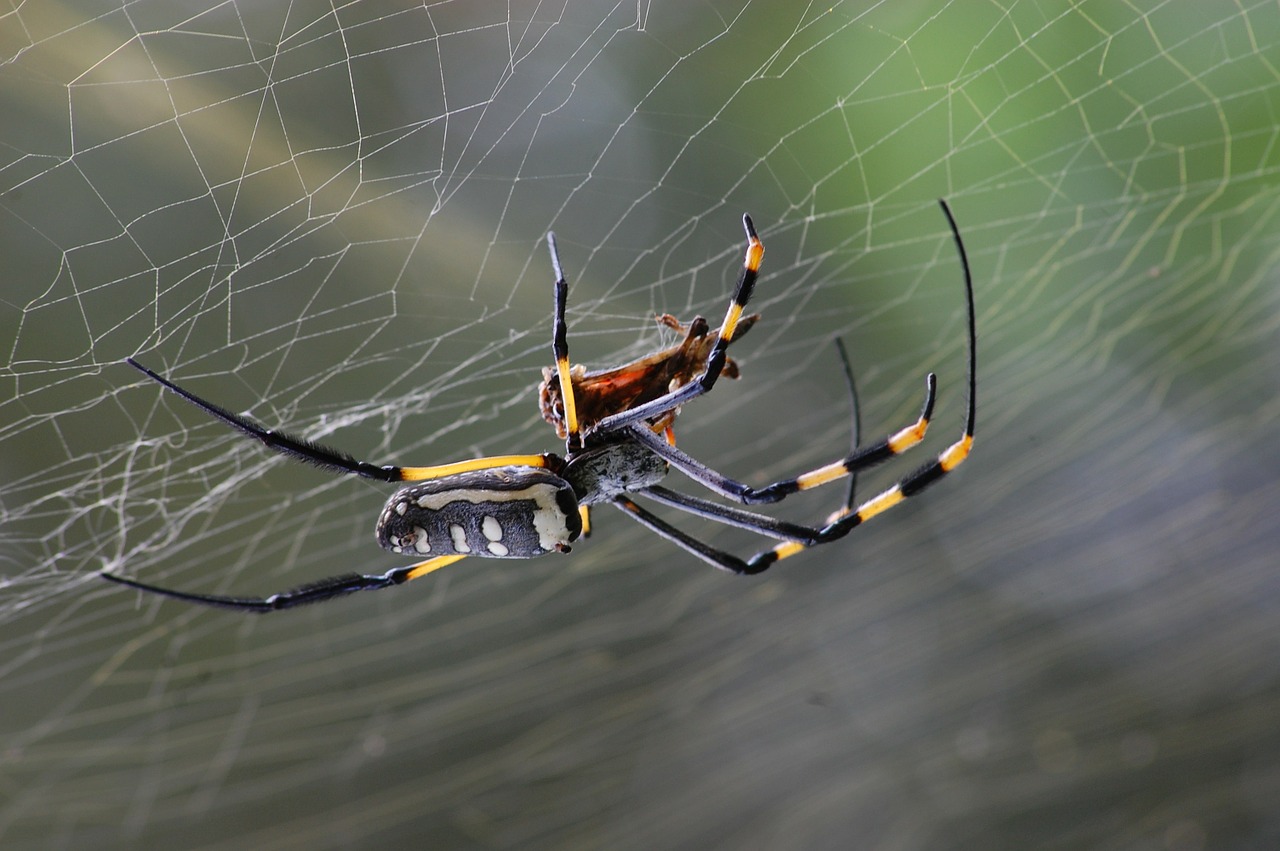 They say ‘you are what you eat’, and the saying turns out to be especially true for spiders. A team of researchers at the University of Trento in Italy have been able to produce spider silk 10 times tougher and three times stronger than standard by feeding the arachnids water laced with versatile wonder-material graphene.

“For this study, we created a solution of water and nanomaterials, carbon nanotubes, and graphene,” said Prof. Nicola Pugno, who led the team. “We then sprayed this solution into a box of spiders, where it would likely be ingested. When the spiders spin their webs, we saw that the silk contained the nanomaterials. When we tested this silk with a nano-tensile testing machine, we found that it was stronger and tougher than regular silk.”

Spider silk is already pretty extraordinary given that, compared to equivalent quantities, it’s as strong as steel and tougher than Kevlar, all while retaining impressive flexibility. Meanwhile, graphene has led to a huge number of innovations since scientists first isolated it in 2004. The unique 2D form of carbon can do everything from purifying water to creating tattoos that monitor your health. Combining the two could result in a broad range of applications in everything from nanotechnology to medicine.

Injectable Bandage Unfolds Inside You to Repair Damaged Organs

Helping the body to repair damage to internal organs is a complex process, with surgical methods sometimes causing more injuries in the process. While advances in bioengineering mean doctors can create replacement tissue tailored to patients, it still requires a way to be applied. Engineers at the University of Toronto are hoping to help with that, using a new ‘shape memory’ bandage that can be applied non-invasively.

The stamp-sized square of smart material can be folded up small enough to fit through a needle, then at a certain temperature, it returns to its original shape, enabling it to function as a bandage from within the patient. The advance could lead to organ repair being carried out without surgery, just a simple injection with minimal risks.

“Once engineered tissues are made in the lab, the only way for them to get into the human body is by a surgical approach,” said Prof. Milica Radisic, head of the bioengineering team behind the bandage. “In this work, we were able to marry minimally invasive delivery with tissues engineering, [creating] shape memory polymer scaffolds that enable us to inject fully functional tissues into the body.” 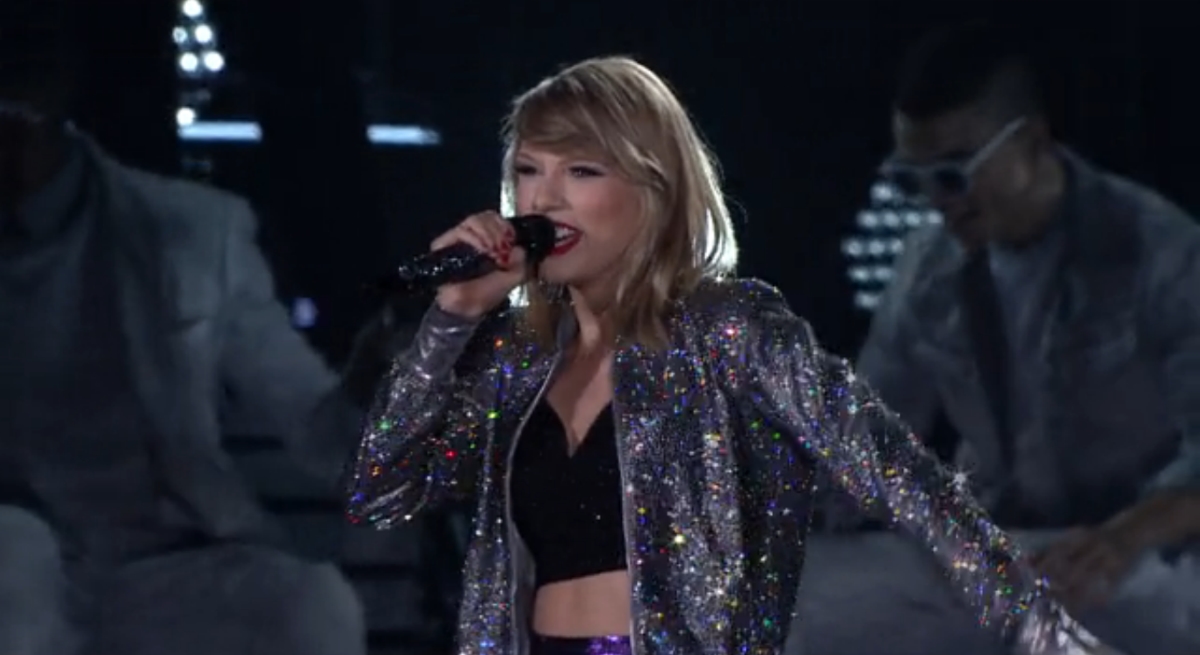 When you’ve already made your first million dollars before the age of 19, you can be excused for indulging in some rather out-there projects. Erik Finman, who made headlines earlier this year for becoming a bitcoin millionaire before leaving high school, has begun work with NASA on a space-bound time capsule that will include recordings of tech leaders, YouTube celebrities and yes, Taylor Swift.

Project DaVinci aims to celebrate the 40th anniversary of Carl Sagan’s Golden Record that was sent out with Voyager in 1977. The satellite will be launched on an Electron rocket in early 2018, and Finman is hoping it will serve as a 21st century version of the Golden Record, and “showcase how the United States has changed since 40 years ago”.

Finman has launched a website enabling the public to submit videos that they would like included on the satellite, and has already announced partners including aerospace engineer Burt Rutan, YouTube personality Casey Neistat, XPrize’s Peter Diamandis and ‘Vineographer’ Logan Paul. Swift’s album 1989 will be among the materials launched into space, and Finman is hoping to attract submissions from all 196 countries around the world to give the project a truly global scope.