Boston Dynamics’ SpotMini gets a makeover

Robotics pioneers Boston Dynamics have unveiled a new version of the company’s SpotMini robot, showcasing the new model’s polished appearance and smoother movements, taking the firm closer than ever toward its goal of robots with life-like, animal-inspired motion that can adapt to changing environments.

The SpotMini was first revealed in June 2016, but was clearly a working prototype, with exposed wires and environmental sensors held in place with foam padding. The new version, with its sleek yellow cladding, looks closer to something you might see in a science fiction film, and boasts incredibly fluid movements.

The original SpotMini also had a gripping ‘head’ on an extendable, articulated ‘neck’ that enabled the robot to assist in basic actions around the home, picking up and relocating objects, and also allowed it to easily right itself following a tumble. The new version doesn’t have this, but it’s possible a similar modular version exists.

The more audience-friendly version of the SpotMini is accompanied by the caption “Coming Soon”, suggesting that a consumer model may be on the cards. Boston Dynamics was recently acquired from Alphabet by Japanese tech giant SoftBank, which already has a robot available to the public – the humanoid Pepper, which consumers can pick up for ¥198,000 (£1,325). Following the purchase of Boston Dynamics, the firm may be looking to expand its slate of robotics products.

First ever ‘digital drug’ gets approval from the FDA 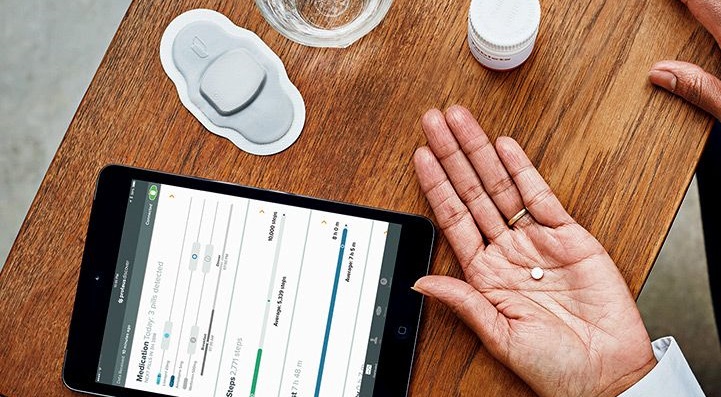 The US Food and Drug Administration (FDA) has approved a ‘digital pill’ for sale in the United States, the first of its kind to be given the nod for mass patient use. Abilify MyCite includes a tiny ingestible sensor that communicates with a smartphone app via a patch worn by the patient, and enables doctors and other authorised persons to track if patients have taken their medication.

Created as a joint venture between Japanese pharmaceutical firm Otsuka and digital medicine service Proteus Digital Health, the pill includes a grain of sand-sized sensor made of silicon, copper and magnesium which activates when it comes into contact with stomach acid before passing harmlessly through the body. A few minutes after the pill is ingested, a patch that the patient wears on their rib cage receives the sensor’s signal and sends data to the app including the time the pill was taken and what dosage was used.

The patch is also packed with sensors in its own right, and tracks activity levels, sleeping patterns, heart rate, steps taken and other activity. All this information is accessible on the app, and can be viewed by the patient’s doctor and up to four other people chosen by the patient, who can also revoke access at any time.

The creators of the system are hoping that it will help address the problem of patients not taking their medication correctly, which is estimated to cost the US healthcare sector over $200bn (£151bn). While the FDA approval only covers Abilify, which is used to treat schizophrenia, bipolar disorder and as an add-on for depression, it opens the door to similar technologies being deployed in other medications.

YouTube is full of cool, homemade engineering projects designed by self-taught creators and ambitious technicians, but the Time Control Glove built by MadGyver might take the crown for the best thing we’ve seen this year. The device seemingly enables the YouTuber to freeze fan blades mid-spin and suspend drops of water in mid-air, all with a twist of his hand.

The illusion is created through an Arduino-powered strobe light on the glove’s palm. By precisely controlling the strobe’s frequency to, for example, match the spin speed of the fan blade, the device takes advantage of a perceptual phenomenon known as the ‘stroboscopic effect’. The effect was commonly seen in old movies, when wagon wheels would appear to be turning backwards despite moving forwards due to the shutter speeds of the camera, but the Time Machine Glove recreates it whether you’re viewing a recording or there in person.

While the glove may not actually enable you to control time, the illusion is impressive enough that you may want to recreate it at home, in which case you’re in luck. MadGyver has uploaded the instructions and coding for the glove onto Instructables and Github so that others can make their own version.

This terrifying 3D printed creation can floss all your teeth simultaneously 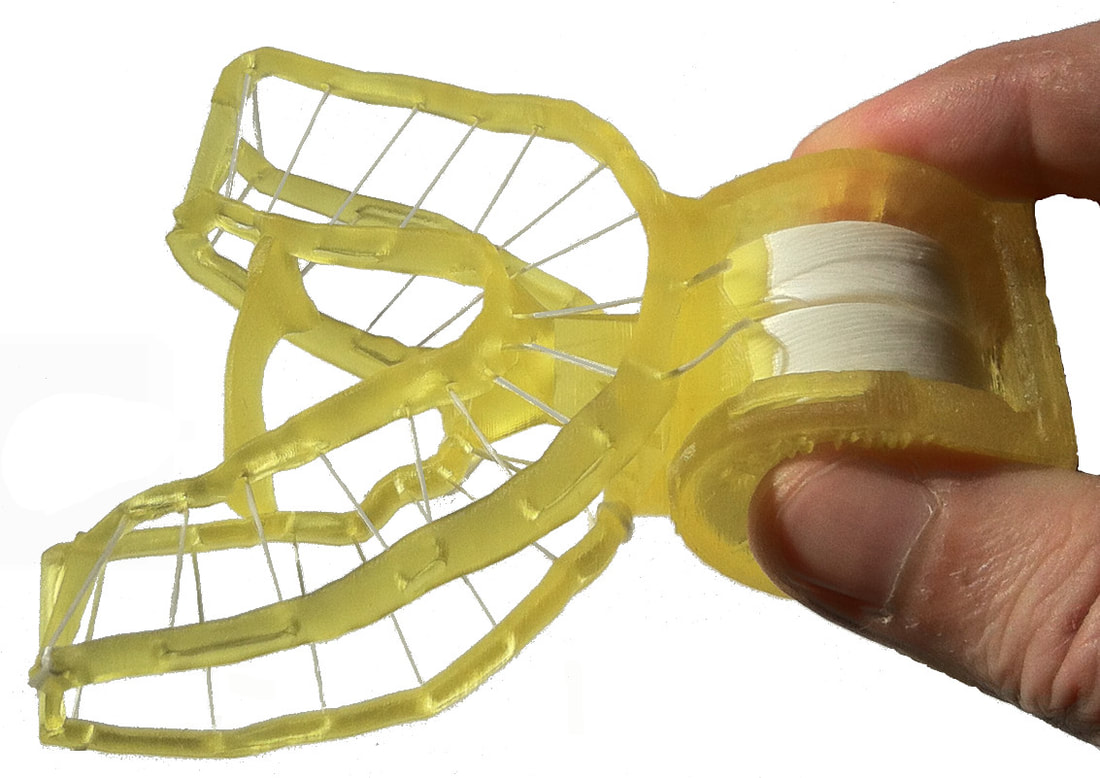 Technology is bringing disruption to all kinds of industries and products, even those that seem like they couldn’t possibly be redesigned. Dental floss hasn’t really changed in the 100+ years it’s been around, and most of us would struggle to identify ways to update it. That hasn’t stopped dental technology company Blizzident, which has created the 3D-Flosser.

The creation uses a 3D scan of a user’s mouth to create an individual frame that fits over their teeth. This frame then has four different rolls of dental floss wound through it so that, when the user closes their mouth around the 3D-Flosser, every gap in their teeth is simultaneously flossed. Users just have to grind their teeth a little to remove all the detritus that’s gathered between their teeth, and the design prevents the floss from biting too deeply into the gums.

The 3D-Flosser supposedly lasts “many years”, with the floss rolls needing replacement after every 500 uses. Once customers have got a 3D scan or dental impression taken at their dental surgery, they can send the information to Blizzident and get their own custom flossing device for €199 (£177), presuming that they can stand the sensation of their entire mouth being flossed in two seconds flat.

Cuddly robot pillow mimics breathing to lull you to sleep

There are a wealth of apps and wearables out there that promise to track and improve your sleep patterns, so it was only a matter of time before that technology was combined with the growing consumer-facing robot market to create a device that can help you doze off with ease. That’s exactly what the engineers at Somnox have done, building a soft robot that can help you achieve a great night’s sleep.

The key to the kidney-shaped robot is that it mimics the physical sensation of breathing, subconsciously influencing your own breathing rhythms to help calm you. The device, which has been tested with over 85 subjects, has been found to be especially helpful for people who struggle to sleep due to anxiety or stress. More formal clinical trials are planned for next year, and the creators are planning to integrate AI into the design so that it can learn from users’ sleeping patterns and take steps to help.

The robot, which is currently seeking crowdfunding on Kickstarter, can also play audio, from guided mediation recordings and the sound of heartbeats to custom tracks uploaded by owners, and has an accompanying app that provides users with a tailored approach to improving their sleep, as well as enabling them to control the robot’s various settings.