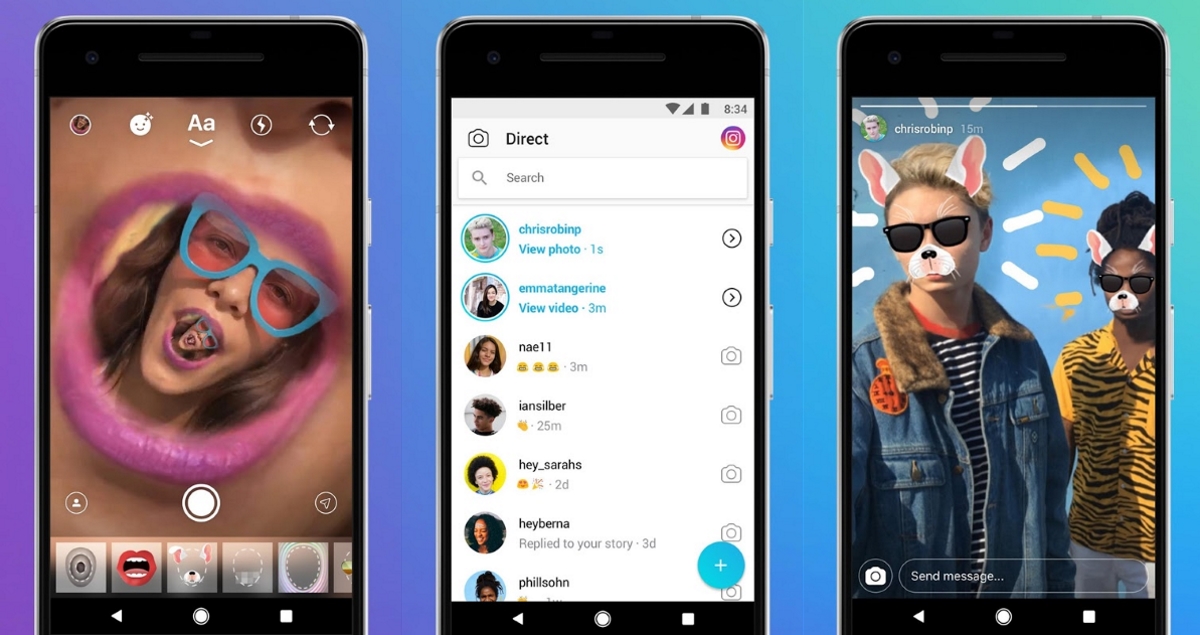 Instagram has begun testing a standalone app for private messages, much like parent company Facebook’s Messenger app. The trial has launched on iOS and Android in Chile, Israel, Italy, Portugal, Turkey, and Uruguay.

Direct opens to the camera like Snapchat does – something we’ve all said many times before – and is based on the idea that messaging can never be at its best in an app built for broadcasting publicly. As of April this year, the Direct messaging feature in Instagram was said to have 375m users.

“We want Instagram to be a place for all of your moments, and private sharing with close friends is an important part of that,” Hemal Shah, an Instagram product manager, told The Verge. “Direct has grown within Instagram over the past four years, but we can make it even better if it stands on its own. We can push the boundaries to create the fastest and most creative space for private sharing when Direct is a camera-first, standalone app.”

The messaging app offers little more than the feature already has within Instagram. Opening to the camera, users will find a profile screen to the left and their inbox to the right. And that’s the entire app for now.

"Today, we are muted in solidarity with our community... #BlackOutTuesday https://t.co/S2Cxxcycy2"
16 hours ago
"We all know that the #Covid19 outbreak had a huge impact on the global markets... So we're bringing you another Mob… https://t.co/97FGWVbLRN"
1 day ago
"The clock is ticking... ⏱️ A quick reminder that Effective Mobile Marketing Awards 2020 is open for business, but t… https://t.co/OtojoV7wR2"
1 day ago