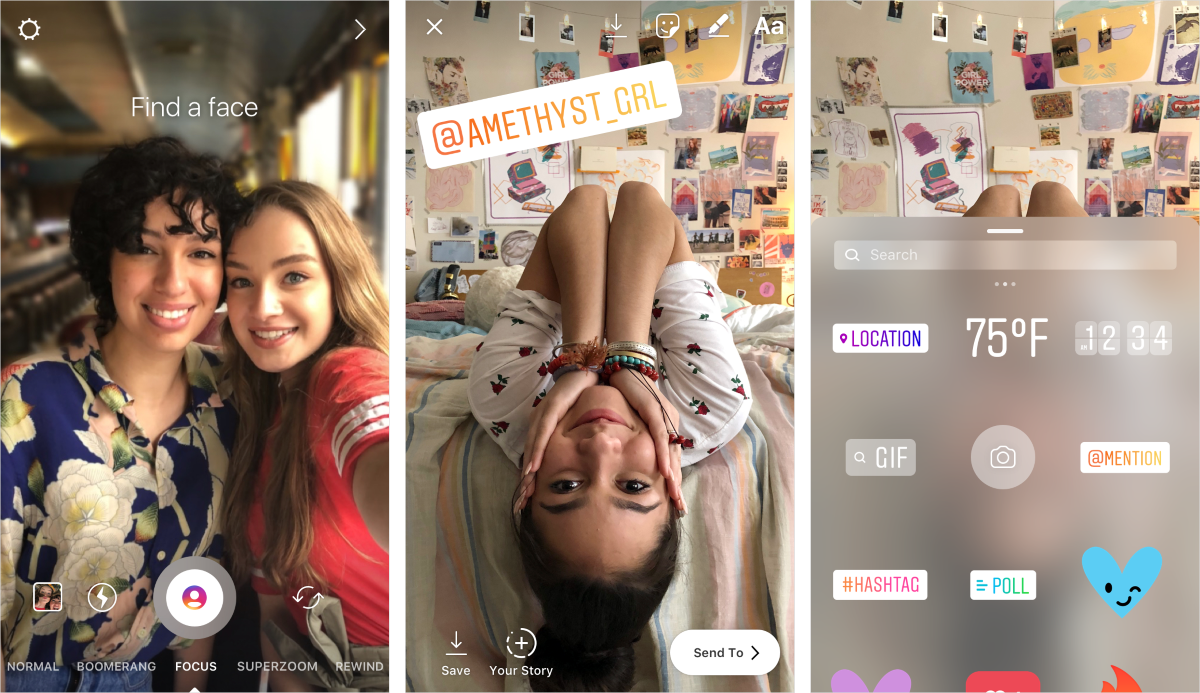 Facebook-owned picture sharing platform Instagram has introduced two new elements to its Stories feature, a ‘Focus’ camera format that allows for ‘artistic’ photos and videos, and an ‘@mention’ sticker that provides users with a new way of tagging friends.

The ‘Focus’ camera format operates within Instagram’s own camera feature, and enables users to softly blur the background of images or videos that are being added to their Story, making the subject stand out and replicating a similar effect recently added to Apple’s own iPhone camera feature.

‘Focus’ will be added to Instagram’s existing camera functions, which include ‘Boomerang’ (short looping video) and ‘Superzoom’, accessed under the record button in the camera screen. Users will still be able to add creative tools including filters, stickers and text to photos and videos before sharing them, which can be done via Instagram Direct for one-to-one sharing, or adding them to their Story for public access. The ‘Focus’ format will be available on iPhone 6S and up, as well as select Android devices, as part of the Instagram version 39.0 update.

The ‘@mention’ sticker, which is being rolled out to iOS, introduces a new, more visually impactful way of ‘tagging’ friends in images and video. Instagram user names can be added into the sticker to alert other users, and as with other stickers, it can be rotated, scaled and placed as desired within an image or video.

Instagram and Snapchat have been engaged in an extensive Cold War over the past couple of years to out-innovate the other when it comes to creating engaging tools for their users to take advantage of. The introduction of ‘Focus’ and the ‘@mention’ sticker seem to be Instagram’s latest salvo in this battle, as well as a way of keeping users within its own app, rather than relying on other camera applications to shoot images that they later simply share via Instagram.