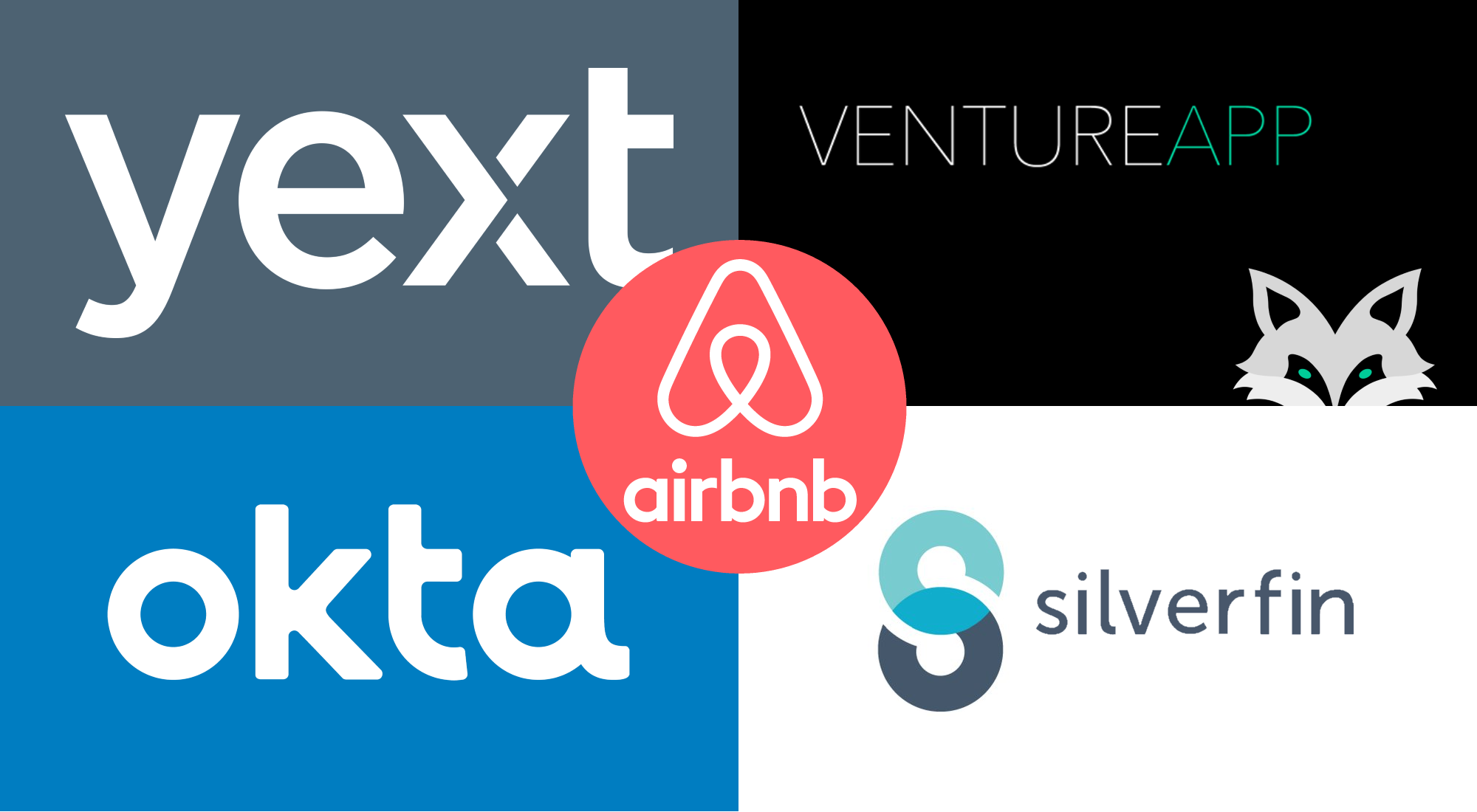 Airbnb Round Closes at $1bn, Bringing Valuation to $31bn
Online room renting service Airbnb has completed its latest round of funding, begun last year, with over $1bn (£825m) in new investment, bringing the company’s estimated valuation to around $31bn as it prepares for a new wave of global expansion.

The firm recently secured $447.85m in investment, which combines with $555m raised last September as part of the same round of funding. Airbnb was profitable on an EBITDA basis during H2 2016 and expects to remain profitable throughout 2017, so the funding will largely enable the firm to remain as a private company and fuel expansion.

Airbnb operates in over 65,000 cities around the globe and has seen almost constant expansion since launching in 2008. However, it is facing increasing legal challenges from regulators around the globe who accuse the company of helping to take affordable housing off the market, driving up both house and rental prices.

Location Data Firm Yext Prepares for IPO
New York-based startup Yext has filed for its initial public offering, which could see the company raise up to $100m as soon as April. The firm powers location data in search results, and has clients including Best Buy, McDonald’s and Marriott Hotels, providing location results on social media, in search engines and on maps.

In the filing, Yext warned that “we have a history of losses and may not achieve profitability in the future”, while also cautioning potential investors about the firm’s reliance on third-party resellers, which accounts for a “significant portion” of revenues. The company brought in $88.6m in revenues in the nine months ending in October 2016, with losses of $28.6m during the same time frame.

The company’s IPO has been rumoured for some time now. Investors including Sutter Hill Ventures (which owns 23.6 per cent of the firm), Institutional Venture Partners and Market Financial Advisors have raised over $117m in venture funding for the startup, which was valued at over $500m recently.

Yext was founded by Brent Metz, Howard Lerman and Brian Distelburger in 2006, with Lerman and Distelburger now serving as CEO and president respectively. It was recognised as one of America’s fastest-growing companies by the Inc 5000 in 2015 and 2016, and has appeared on Forbes’ ‘Most Promising Companies’ list twice and ‘Best Places to Work’ list three times.

VentureApp Aims to Become ‘WhatsApp for Work’ with $4m in Funding
Professional chat platform VentureApp has secured $4m in funding, led by Ryan Moore of Accomplice, alongside Boston Seed Capital, Fullstack Ventures and a number of prominent angel investors. The company’s messaging platform is designed for professionals in the innovation economy, making it easy to communicate with business contacts and connect with new partners in an extended business network.

VentureApp has previously operated as an invite-only service, focused on Boston and New York, but the funding will enable the app to become publicly available. It will also fuel strategic growth initiatives, as the service is rolled out to professionals across the US. Among the companies already making use of the service are Silicon Valley Bank, HubSpot, DraftKings, Goodwin Procter and Drizly.

“VentureApp is the team to build a valuable messaging experience for professionals, and early market signals prove that the platform is well-positioned for aggressive growth and messaging adoption,” said Ryan Moore, partner at Accomplice, who will also join the company’s board of directors as part of the investment round.

Okta Files for IPO, Ready to Raise $100m
Identity management software provider Okta has started the ball rolling for its initial public offering, with early assessments suggesting the firm will raise around $100m as it goes public. The IPO could prove a another big win for Sequoia Capital, which owns 21.2 per cent of the company, alongside other investors like Andreessen-Horowitz, Greylock Partners and Khosla Ventures.

Okta specialises in identity management software, enabling corporations to protect against breaches and employees to manage software across multiple devices and in various locations. The firm has also been expanding into areas like security, mobile device management and two-factor authentication, all of which are in high demand as various sectors invest more heavily in enterprise applications.

While Okta has recorded consistent losses of around $22m each quarter, it has also seen the kind of steadily growing revenues associated with enterprise-focused companies, so it should make a fairly safe bet for investors. However, there are risk factors in the shape of the company’s reliance on both Amazon’s web services, which places several essential functions beyond their own in-house control, and open source technology, which could lead to litigation if the source of the software is questioned, although that is unlikely.

$4.5m Raised for ‘Connected Accounting Platform’ Silverfin
It may not be the sexiest area to invest in, but Belgian startup Silverfin has seen keen interest in the Series A funding round for its connected accounting platform, bringing in $4.5m from Index Ventures and a number of existing seed investors. The cash injection will be used to grow the firm’s team and begin international expansion, starting with the UK.

Founded in 2013, the company’s platform connects with a variety of popular accounting software and other financial data sources to help finance departments, accountancy firms and other financial consultants access data in real-time with greater context and accuracy. It also enables stakeholders to communicate with each other, sharing data and collaborating.

“Fully automating data collection and reconciliation has been described as ‘the holy grail’ of accounting, because it will transform the financial advisory, accounting and auditing sectors,” said Jan Hammer, partner at Index Ventures. “With Silverfin’s ability to integrate with existing software and provide a central data reconciliation platform, Tim, Joris and the team have a huge opportunity to become the gold standard for connected accounting.”