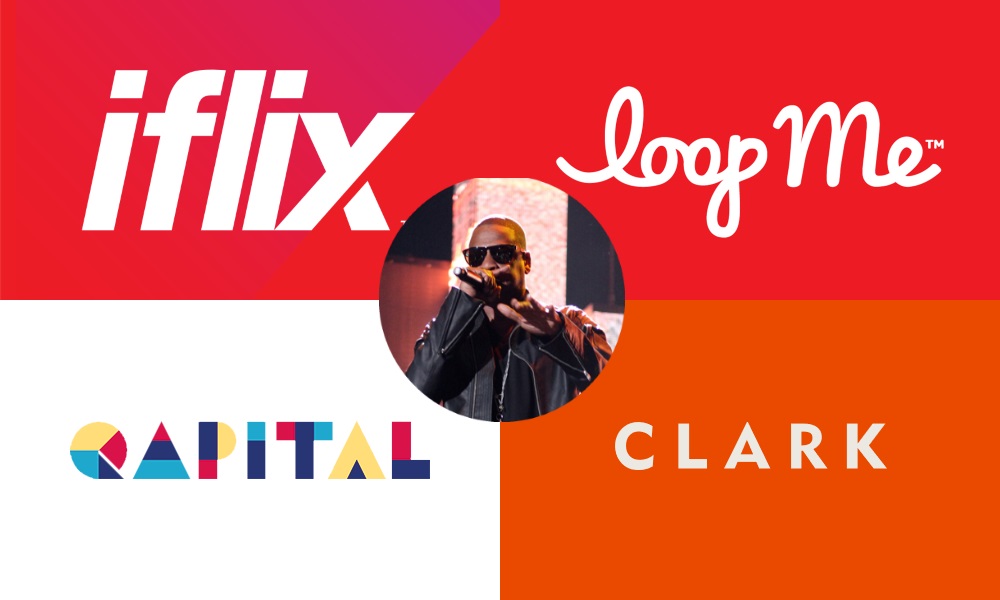 Arrive will function as part of Jay Z’s Roc Nation company, and aims to differentiate itself from other investors thanks to its substantial experience in brand building, having worked with musical artists and athletes to develop and manage their reputation and position. The company is hoping to leverage this experience into an edge with consumer-focused startups that are looking to accelerate their growth.

Jay Z has been looking to establish a fund for some time now, having invested both independently and through Roc Nation in a number of tech-focused startups including Uber and Stance. Arrive’s investment pool will come from a venture fund created by Jay Z and Sherpa Capital, a group made up of other early Uber investors, although it’s not clear how large it will be yet.

Iflix Readies for Expansion Following $90m Funding Round
Southeast Asian streaming provider Iflix has closed a $90m (£74m) investment round and could have even more cash on the way, as it continues negotiations with other investors looking to fund its expansion around the globe.

The Malaysia-based firm was established in 2015 with funding from Catcha Group and EMC, and Sky made a $45m investment last year. This round saw contributions by the company’s existing investors, plus international cable firm Liberty Global and MEA-focused operator Zain. The new funding places Iflix’s value in excess of $500m, according to TechCrunch.

Iflix initially saw success in Southeast Asia, specialising in local programming and partnering with local mobile operators for tailored payment options that suited consumers in its home markets. Since then, the company has expanded and is now available in nine Asian countries and parts of the Middle East and Africa thanks to a joint venture with Zain.

According to CEO Mark Britt, the service has signed up over 1m users in Indonesia and gained 100,000 registered users within the first month of operating in Pakistan, one of its newest markets. As it transitions from a regional service to a global player, the new funding will help with staffing changes, as well as entering new areas of the world.

LoopMe Powers AI Acceleration with $10m in New Funding
AI brand advertising specialists LoopMe have announced the completion of a new funding round, bringing in $10m from Impulse VC and Harbert European Growth Capital, as well as existing investors.

The new investment, which brings LoopMe’s total funding to date to $17m, will be used to support global growth and continued investment in artificial intelligence technology. The firm’s AI solutions focus on measuring consumer reaction to advertising, enabling campaigns to be updated in real time based on individual responses.

“AI-driven video ads are the future of brand marketing,” said Stephen Upstone, CEO and co-founder of LoopMe. “LoopMe’s technology opens up a window into people’s thoughts and feelings, discovering what they like and dislike, which elements can trigger a reaction or a measurable, physical and emotional response.”

The firm has now seen investment from the UK, Germany, Finland, China, Russia and North America, supporting its own global reach. Since its previous round of funding in 2015, the company has reached profitability, doubled its sales revenues and team size, and opened offices in LA, Moscow, Bangalore and Johannesburg.

Savings App Qapital Puts Aside $12m Ready for Growth
Rocketship VC, Anthemis Exponential Ventures, Northzone and Industrifonden are among the investors supporting Qapital, a fintech startup that has just closed a $12m Series A round to expand its capabilities and market.

The app enables users to set saving goals and monitor their progress, connecting to their savings, checking and credit card accounts in order to track users’ ‘financial health’. It aims to help users develop a sense of financial responsibility, and even has a ‘chief behavioural economist’ on staff to help build ways to incentivise people towards saving.

With the new funding, the company is aiming to add more traditional banking features for users, including mobile payments and offering debit cards to users. Qapital founder George Friedman said he hopes to bring spending and savings together into one single digital product. Adding a debit card feature will also provide Qapital with a new revenue model, making money off intercharge fees in a similar fashion to rival fintech firm Chime.

Educational app Clark Launches with $1m in Funding
With everything from cars to banking going mobile, it was only a matter of time before education got in on the game. In fact, there are a number of apps available to help connect parents with tutors for their children, but many take a substantial fee from the educators, who are often school teachers aiming to make ends meet.

New educational app Clark is aiming to address that, evolving from an SMS-based system to facilitate communication between students and tutors into a full-blown platform that helps handle every aspect of tutoring, from scheduling and lesson plans to finding students and taking payments, as well as communicating with students and their parents.

The pre-seed funding of $1m comes from Human Ventures, Winklevoss Capital and a number of other investors, and will help the firm strengthen its offering, which currently focuses on educators in New York City. The company has plans to expand to other cities, as well as into international markets.

Demand for tutoring services rose 28 per cent year-on-year in 2016, and the global private tutoring market is projected to surpass $100bn by the end of next year, according to Global Industry Analysts, with services like VIPKid, which connects Chinese students with English-speaking educators, already raising $100m in funding.