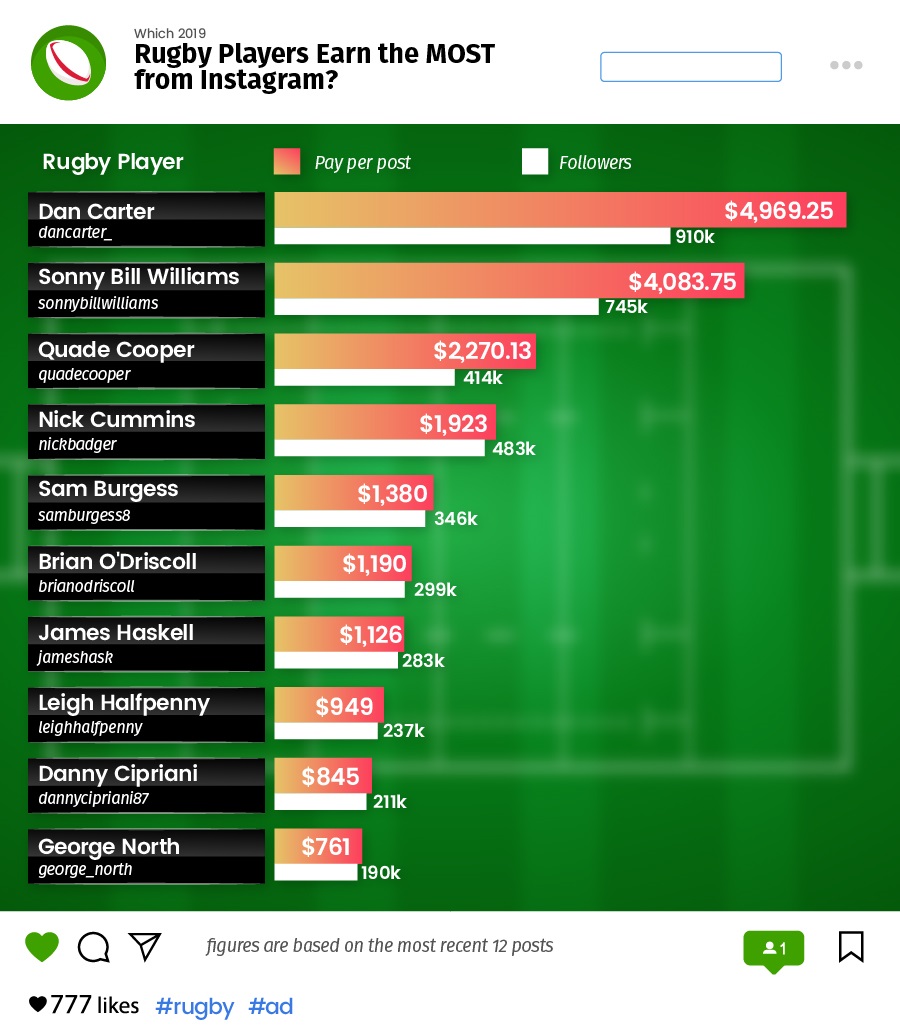 The use of sports players to endorse brands, products and services is nothing new. Companies have been capitalising on sports, tapping into their large organic fanbase for many years. However, due to the rise of social media, top athletes are no longer just considered sports idols or pop-culture celebrities - they are increasingly operating as social media influencers.

Athletes have something most other influencers do not – a direct line of communication with their fans and followers, making partnerships and collaborations a no-brainer for large brands and corporations.

The influence of footballers on social media has been explored before, so intrigued about the biggest rugby players on Instagram, Liverugbytickets.co.uk sought to find out which 2019 global rugby superstars earn the most per post on Instagram.

To carry out the study, Live Rugby Tickets inserted the Instagram handle of 2019’s biggest rugby stars into Influencer Marketing Hub’s Instagram Money Calculator. This estimates how much each player might earn per post on average, on their Instagram account, based on their previous 12 posts up to 8 May, which is when the data was pulled.

Fans of linearity will note with interest that with one exception (Cooper/Cummins), the players earning potential correlates directly with their follower count.

"RT @CrenshawComm: Congratulations to our client @getuberall for making the shortlist for the @MMMagTweets Effective Mobile Marketing Awards…"
22 hours ago
"@garyptaylor The pleasure is ours, Gary 👌"
22 hours ago
"RT @Channel_Factory: This year’s #dmexcoathome reflected a year in which discussions around fake news and digital manipulation, as well as…"
22 hours ago