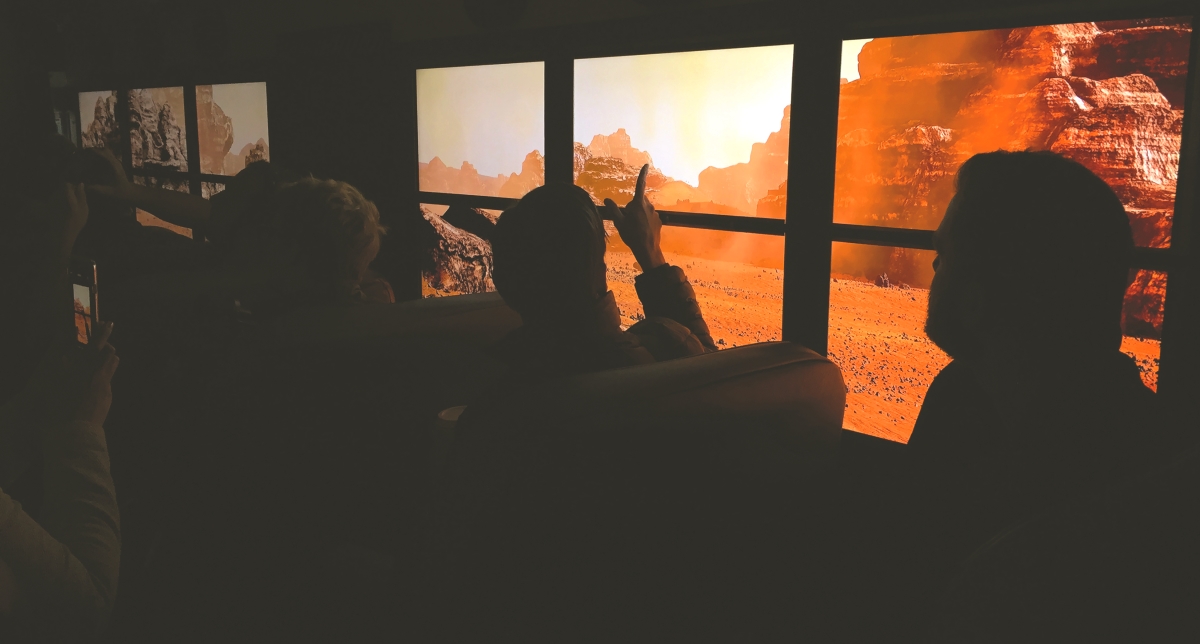 You may well have already heard about the Field Trip to Mars campaign. Just in case you actually have spent the past year on Mars, though, let’s quickly recap.

The project saw visual effects company Framestore team up with advertising agency McCann New York and aerospace company Lockheed Martin, with the shared goal of transporting a group of unwitting schoolkids to Mars. Inside a school bus. Without ever leaving Washington DC.

To achieve this, the trio had to kit out a standard US school bus with a heap of tech, and create the world’s first ever ‘group VR experience’. That process all began with the idea of creating an educational adventure for young students.

“Lockheed Martin wanted to develop a programme working with young students and they asked us to bring them some ideas on how they could initiate and sustain a programme,” says Daniel Donovan, executive creative director at McCann.

“The idea was to create a programme around the Orion spacecraft, to really inspire and educate young people to believe that they can be part of the generation that will go to Mars. Part of that initiative was creating The Field Trip to Mars.”

Once the idea was established, the trio got to work. They had to find a way to do something that had never been done before, and make sure they didn’t disappoint their young, stereotypically fussy, audience.

Rocket science
“What was really important was that we wanted to use a very accurate depiction of the surface of Mars, because the kids were travelling from their school to the Science Museum,” says Framestore co-founder Mike McGee. “So, we wanted what they were looking at to be scientifically accurate.”

This meant mapping the surface of both Washington and a 200-square-mile section of Mars, so the bus could drive on a smooth, accurate surface. It also meant the bus couldn’t simply drive through rocks, mountains, or other pieces of architecture and objects, placed into the virtual landscape. “Whichever route the bus took, there was always something interesting for the kids to look at outside the window,” says McGee.

This created another issue for the team, one they had to solve by combining technologies in a new way. “We had to create this whole new kind of sensor fusion to track exactly where you were, down to the millimetre,” says Josh Grossberg, group creative director at McCann.

“In addition to GPS, accelerometers and various other things, we had to put a logistical laser – the kind that they use in factories – on the bus. It fired at the ground several thousand times per second and you could see how far you were moving in real time, so that every little movement of the bus would be able to translate to the computers that were displaying the world outside.” 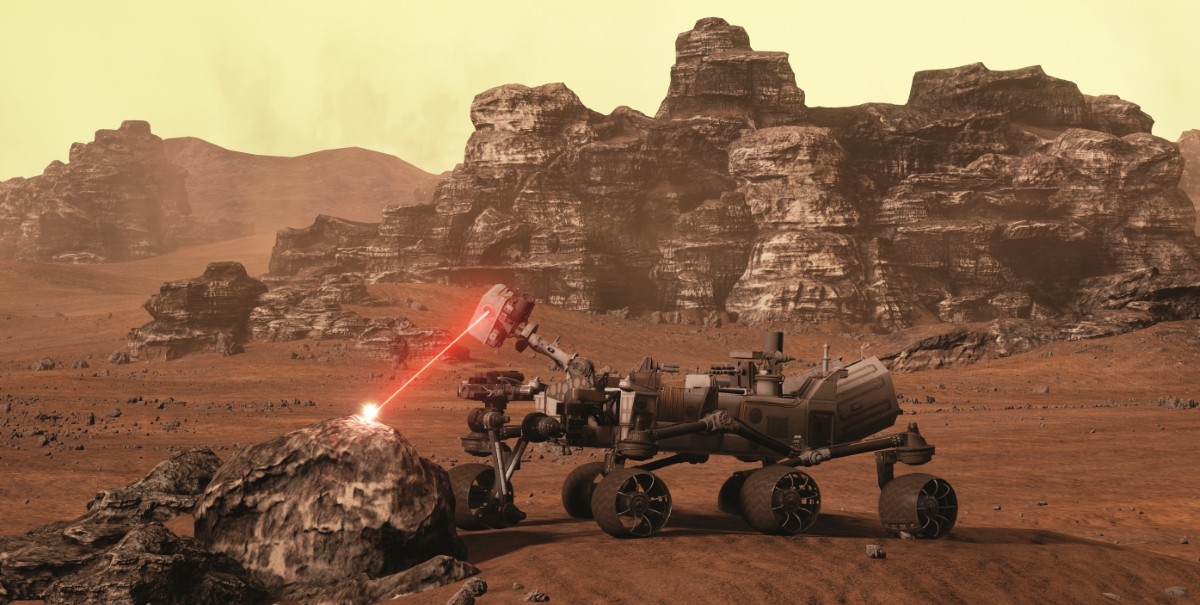 This meant the team needed computers that were powerful enough to chain images together in an uninterrupted manner, and able to get a signal anywhere. Naturally, this created further issues during the four-month bus transformation process, as the screens of these computers had to be a specific size to fit the window frames.

“The plan was to take the windows out and replace them with computer screens,” says McGee. “But, because the windows are a set size, we were also then locked into a certain size screen that could cover enough of the windows in one hit. So we went for 84” screens, 4K resolution – and then had to source those screens from China and Korea.”

The interior of the bus – “a genuine 30-year-old school bus,” McGee adds – made it difficult to pull all this off. The entire vehicle had to be gutted and then pieced back together in order to put all the technology, including 16 speakers, in place.

“As the dust storm that we’ve created is whipping up dust and blowing little bits of sand and debris on to the bus windows, you have proper surround sound inside the bus, coming from the direction of the wind,” says McGee.  “It creates that immersive experience by having 3D or binaural sound in the bus.”

Lift off
The result, which managed to successfully transport a group of youngsters to the red planet en route to the Science Museum, garnered a great deal of success on the awards circuit. It picked up 19 Lions at the 2016 Cannes Lions Festival of Creativity, more than any other piece of work at the festival, and received critical acclaim from all over the advertising world.

“Winning at Cannes is the ultimate accolade. It’s like the Oscars of the ad world,” says McGee. “What I think that people saw in the technology is that you can use it for promoting a brand. You can entertain people with it, but it also has this enormous potential to educate people.

“The bus made a marked impression on children of a very young age. It actually achieved what Lockheed set out to do, which was to excite children about science, about technology and, specifically, about the space programme.”

The entire project provided a new, and immersive, way for children all over the world to learn, and demonstrated the future potential of VR for educational purpose

“This project opens the door for things beyond driving around a Martian landscape, and into other areas for education,” says McCann’s Donovan. “We’ve discussed with Framestore the possibilities of creating more content that a group of kids could experience at the same time.

“For example, why couldn’t the bus take the kids on a tour of 18th-century Paris for a history class, or drive through the human body learning about cellular biology?”

“This bus is just the first group VR experience,” says McGee. “There’s enormous potential for creating grander and more exciting things with multiple users, a large audience experiencing something together.”

This article first appeared in the February 2017 print edition of Mobile Marketing. You can read the whole issue here. 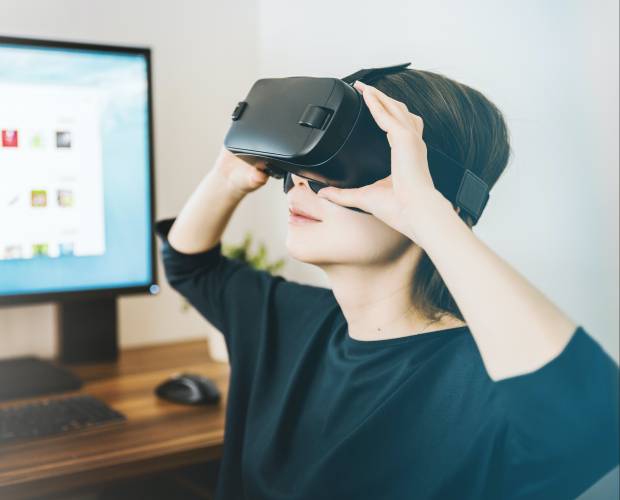