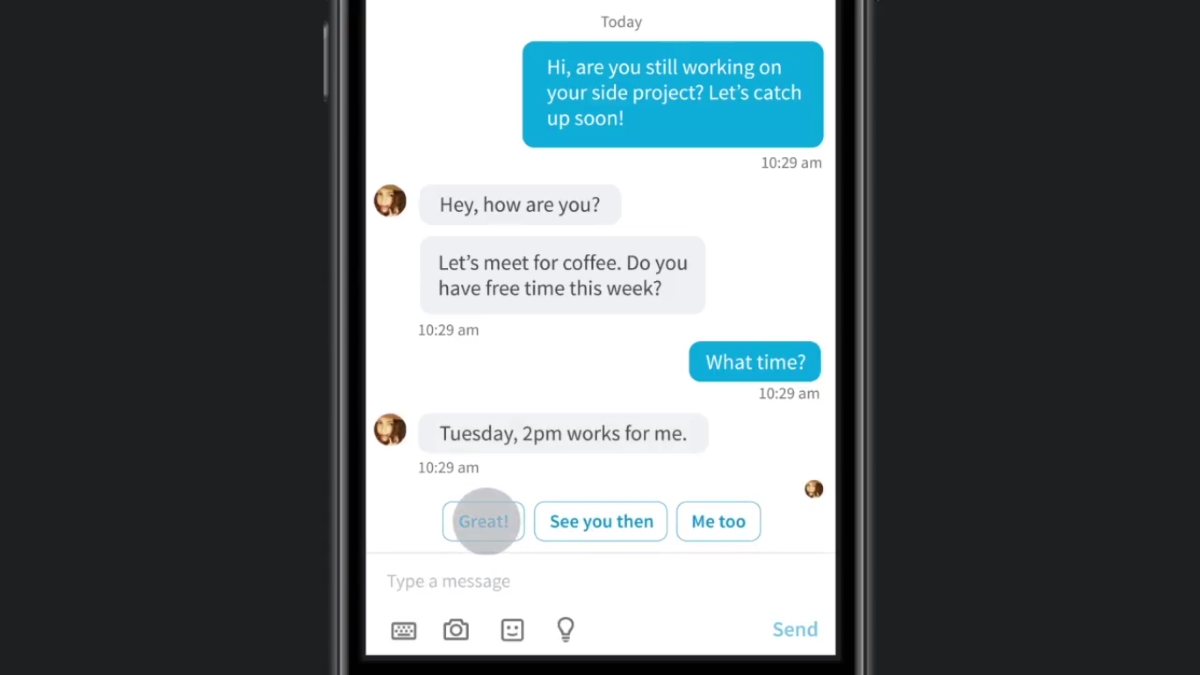 LinkedIn has seen several changes over the last few months, as parent company Microsoft looks to transform the business-orientated social network into a place that people really want to communicate with colleagues, peers, and whoever else in the professional world. The latest of these updates comes in the form of AI-powered smart replies.

With the introduction of smart replies, people are able to choose from a list of suggestions to reply to messages. These message suggestions are contextual and relevant to the conversation, due to the implementation of machine learning, according to LinkedIn.

Smart replies may be familiar to many people, especially users of the Gmail app, where Google introduced its own version of the AI feature earlier this year. Furthermore, LinkedIn had also been trying out a version of the feature that saw a lot less AI put into action.

Smart replies are being rolled out across the globe in English on the LinkedIn mobile app and on desktop. It will be introduced in other languages in the future.

LinkedIn says it will eventually make the smart replies more personalised so, for instance, responses will address people by their names.