From 'Mad Men' to the duopoly, brand safety still matters

Paul Fields, director of strategy at AdColony, looks at how brand safety continues to be a big problem for the industry 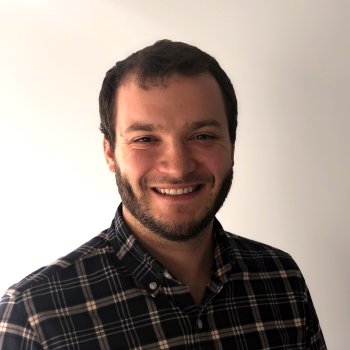 Even 50-plus years ago, brand safety was a major issue – one that those who worked in advertising feared losing their job over. While not a documentary, an episode of Mad Men addressed it directly. We saw Sterling-Cooper media buyer Harry Crane get in major trouble because a TV episode referenced “communist agitators” just moments before there was a Maytag ad praising the agitators. Maytag was not happy.

What can Harry do, though? He’s just one guy, and when he asks for help reading TV scripts ahead of air dates, he gets no support from the higher-ups. “Figure out how to do the job yourself,” says Roger.

But at least Harry had scripts to read, and while daunting, it is a finite amount (especially in 1962). With 100 videos being uploaded every minute to YouTube, it’s physically impossible to review all of the material - if you tried to watch all of the videos that exist on YouTube today, it would take upwards of 60,000 years. If we’re talking about all video crossing the global IP networks, that number jumps to 5 million years. And while both Google and Facebook have tried to rework their algorithms to flag and remove dangerous content from their properties, both have struggled in doing so.

If you’re a brand in the digital era looking for full awareness and control over what content your ads are being placed next to, you’re in for a challenge. Harry felt overwhelmed by the volume of inventory he, as the client’s brand police, had to be accountable for. Imagine how overwhelmed today’s brands and agencies feel when considering the sheer volume of digital inventory. Specifically, the way that social media content is being created, curated and distributed each day – it’s incredible and awe-inspiring, but also terrifying at the same time.

AdColony recently ran a survey to learn more about mobile consumers’ mindset around various degrees of non-brand-safe content (e.g., fake news, offensive language) and how it impacted their perception of the advertiser. Some key findings:

Facebook and YouTube are rife with non-brand-safe content
Some 60 per cent of consumers reported seeing content that was ‘hateful, inappropriate or offensive’ on Facebook, and 31 per cent reported it on YouTube. It seems that YouTube has not fully recovered from its ‘moment’ two years ago when major brands pulled their ads from the platform. In fact, earlier this year, more companies including AT&T, Disney, Hasbro, Nestle, and Epic Games pulled their ads from YouTube… again. Even Google is still having issues, with 20 per cent of respondents seeing disturbing content there. Just 18 per cent of consumers reported issues with it in mobile games.

Brand safety impacts the reputation of the platform AND that of the advertiser
Advertisers must be vigilant about where they place their messages because one wrong move can result in a change in perception, tarnishing (or destroying) the reputation they’ve fought so hard to obtain. Nearly half (49 per cent) of consumers surveyed say that it “negatively impacts my perception of the advertiser” to see ads in proximity to non-brand-safe content. More than half (60 pe cent) said it negatively impacts how they view the platform on which it appeared.

‘Fake news’ is still prominent on Facebook – 49 per cent of users said they see it there
Fake news on YouTube is also still a problem, with one in four of those surveyed noting its presence. One in five said they’ve seen fake news on Google, and just eight per cent have seen it in the mobile gaming environment.

It’s clear that in 2019, consumers still care a lot about the ads they see, and especially where they see them. Advertisers are right to be concerned about where their ads appear in social media and the negative impact that misalignment might have on their brand. Perception is everything. And while it’s also clear that significant moves have been taken to remedy (or at least alleviate) brand safety concerns from advertisers, the problem has not gone away – far from it.