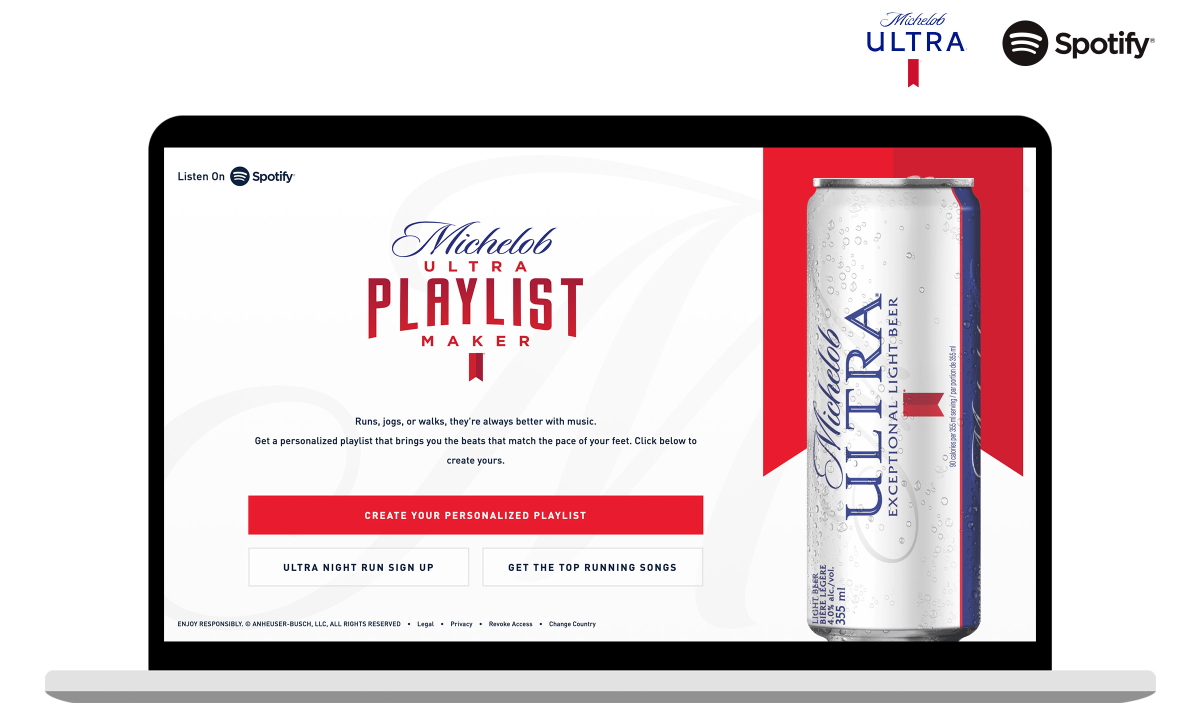 Anheuser-Busch (AB) InBev has teamed up with Spotify to launch a dynamic ad campaign in Canada for its Michelob beer brand. The campaign, built in partnership with Dentsu Aegis, Draftline, and A Million Ads, aims to promote Michelob Ultra – the brand’s low calorie offering – to fitness enthusiasts who may have an interest in the Ultra Night Run. It follows the success of the campaign in the UK and Mexico.

‘The Michelob Playlist Maker’ campaign invites runners to build a personalised Spotify playlist based on running distance, intensity, and location. And, as users stream the playlist, they will receive tailored audio messages from Michelob based on location, time of day, and the weather.

“Even though we can’t have Canadians together in person this year for the Ultra Night Run, we know that connecting people and creating communities is more important than ever,” said Natalie Lucas, Director of Marketing for Michelob Ultra. “Music is such an important part of fitness, and we’re thrilled to be able to provide another way to bring people together through custom Spotify playlists, enhancing their run with their favourite music.”

The dedicated microsite also enables users to access the ‘top’ running songs in Canada and sign up to participate in the virtual Ultra Night Run taking place in October. The 5k and 10k run will be held virtually this year, due to the current circumstances, but Michelob Ultra, Running Room, Brooks, and Strava will still be there to guide Canadian runners through.

“As our first dynamic audio ad campaign in Canada, we’re excited to launch with Michelob Ultra to give seasoned and novice runners alike a personalised and fun way to stay active and connected to their communities,” said Ivan Pehar, Head of Canada Ad Sales at Spotify.