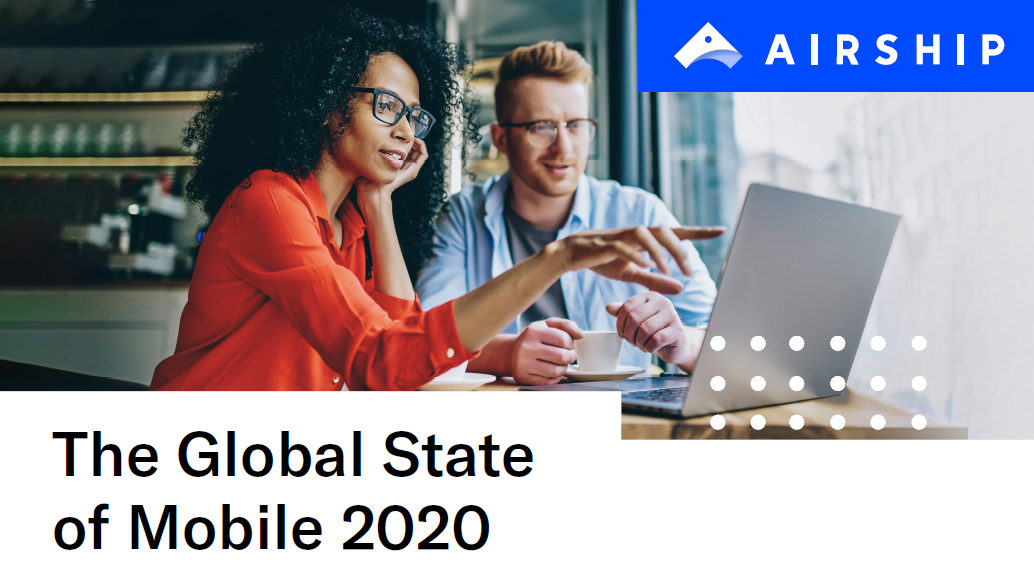 Customer engagement company Airship has released top-level results of its global benchmark study, examining the state of mobile app behaviors across nearly 750m people worldwide. To distinguish between the impact of the pandemic and longer-term changes due to growing data regulations, more stringent app review policies by Apple and Google and ongoing evolution in user behavior, February 2020 was used for year-over-year analysis and then compared to March-June 2020. The full report is available for download here.

Key findings
Key findings show that the global pandemic led to massive gains for several key engagement metrics that have been trending downward. For example, year-over-year analysis for February showed that while global active mobile app audiences grew by more than 30 per cent, the average number of app opens per user declined 28.5 per cent to 17.6 app opens per user per month globally. Similarly, global average notification direct open rates decreased from 6.44 per cent to 6.35 per cent (-1.4 per cent). Both of these metrics reversed this trend by growing 29 per cent throughout March-June, averaging 22.6 app opens per user and a direct open rate of 8.2 per cent globally.

Brands across Northern and Western Europe saw a higher increase in average direct open rates than anywhere else in the world. This trend was also evident in the UK, where average app opens per user declined 29.1 per cent and average notification direct open rates fell 19.5 per cent year-over-year, to then grow on average 29.7 per cent and 40.3 per cent respectively in March-June 2020. This suggests that consumers in countries like the UK are much more likely to open apps if encouraged by web or push notifications.

Mobile app engagement metrics vary at a regional level, from markets that are more mature, to rapidly emerging markets with significant mobile-only populations, as well as by industry vertical – especially those most impacted by the global pandemic. For a full view of findings by subregion, industry vertical and mobile operating system, please download Airship’s “The State of Global Mobile Engagement 2020” report.

Notably, across the globe, people opting in to share their location with apps has been on the decline for years since the introduction of GDPR – and year-over-year it declined another 2.5 per cent for a global average location opt-in rate of 7.7 per cent before the pandemic. Between March-June 2020, location opt-in grew every single month, reaching 10.7 per cent – a 39 per cent growth rate and an absolute rate not seen since before 2018.

Retail continues to have the highest location opt-in rate among the 12 verticals included in the study at 23.1 per cent. Three verticals saw their average location opt-in rates more than double over March-June 2020, including Medical, Health & Fitness (+150 per cent), Finance & Insurance (+128 per cent) and Travel & Transportation (+116 per cent).

Among 41 countries included in the study, India, Romania, Mexico, Japan and Brazil saw the biggest gains to location opt-in rates during March-June 2020 – the UK was sixth, while the US had the ninth largest growth rate.

“The results clearly show that the pandemic has further cemented the importance of mobile to support our everyday lives. With a strong growth in the use of mobile apps and consumer engagement with brands in response to their direct communications on mobile, more and more people are trusting mobile apps as a way to engage with the brands they love,” said Patrick Mareuil, Managing Director for EMEA at Airship. “Consumers have adopted the new behaviours and greater mobile interaction during the pandemic for in-the-moment information and streamlined conveniences, and much of this will continue to grow in the future. Therefore, marketing teams should further invest in mobile to seize this trend, supporting customers with a direct, contactless experience to ensure they have access to all they need from the brand at their fingertips.”