Matt Barash, head of strategy and business development at AdColony, discusses why it's time for advertisers to stop looking to TV for reach and instead turn their attention to mobile video 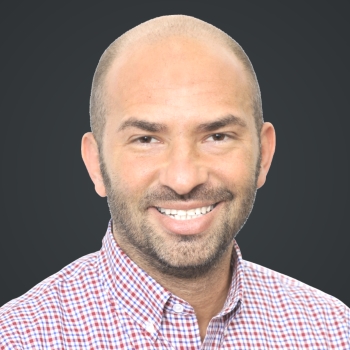 Today’s consumers are buried in their phones – and they’re not just scrolling, they’re pausing and watching. Mobile video now accounts for more than half of all video starts, with mobile plays growing in double-digit percentages and showing no signs of slowing down.

The mobile app is the new TV channel – many of the top-ranked apps in the Apple App/Google Play stores have the ability to deliver broader reach than a primetime airing of ESPN’s SportsCenter.

While the trend is certainly driven by Millennials, mobile users of all ages are following suit. If you’re an advertiser today looking for massive reach with high frequency to a diverse audience (and who isn’t?) TV should no longer be your go-to. Just as print came and went, I would argue that linear TV has been supplanted by social media for reach.

So why is this not an argument for social media as the #1 channel for marketers today? Because social channels have severe limitations in two realms: creative capabilities and, of course, brand safety.

The latter is important to note - we’ve found 60 per cent of consumers are seeing non-brand-safe content on Facebook; YouTube, which seems to get more flak for it, is at 33 per cent. This is no joke for advertisers – 49 per cent of those we surveyed says seeing ads in proximity to this type of content ‘negatively impacts my perception of the advertiser’.

“We have those conversations with our clients in terms of what are you comfortable with in terms of the brand-safety spectrum? If you have the same stringent guidelines as you do on television, let’s say, Do Not Air lists, you really should extend that into the digital media marketplace.

We’re [also] very careful when the big platforms extend off platform. That, to us, is a really critical area to look at because a lot of times with extensions – whether it’s Amazon, whether it’s Facebook, whether it’s Google Display Network – sometimes the measurement is there, sometimes it needs to get better.”

So not all mobile video is created equal, and certainly not all is going to deliver the level of brand safety (or viewability, or measurement) that brand advertisers require. Mobile video within social media sites like those mentioned above have the intrinsic problem of user-generated content, and that is not going away.

Many mobile advertisers have turned their eyes to Over-The-Top (OTT) as the next promised land. It seems ideal: the broad reach of traditional TV + the targeting, creative customization and analytics that we’re used to in the digital buying world.

But the truth is, we are not even close to delivering on that promise. Data is a complicated commodity in the OTT space today. And measurement? Also not there yet. The incumbent (Nielsen) came under scrutiny for not incorporating mobile and OTT in its ratings and has only just recently innovated with Total Ad Ratings.

So, agencies are not turning to OTT to leverage media, data and creative in one fell swoop. They are turning to non-social, non-OTT, mobile app environments. Realistically, what does that mean in terms of inventory? It means mobile games.

Take a look, for instance, at the Top 10 Free Mobile Apps right now in both App Stores: 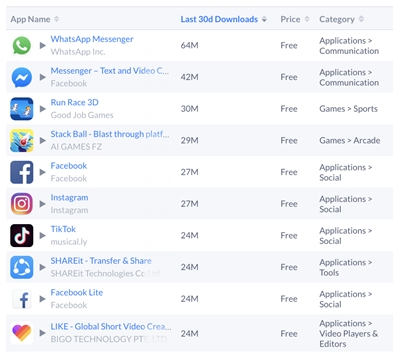 What do you see? Six out of the top 10 are social media apps, and out of those, four have proven ad models (WhatsApp and TikTok are in initial stages). Two on the list are Tools: one only has IAP, and the other one is under fire for ruining its user experience with too many popups and banners. What does that leave? Two gaming apps, both of which are generating significant monthly revenue from their users.

There’s a reason why mobile video has been the top growth category in US digital ad spending since 2018, and will remain that way through 2024 – even outpacing every other mobile ad format in that forecast period. In-app mobile video has everything marketers want: broad reach, high-impact creative, sophisticated targeting, world-class measurement and is served primarily in mobile games, which are a brand-safe environment.

"Even during these challenging times, your hard work should be rewarded. So the deadline for @masterclassing's Effec… https://t.co/l6GZX8BnN2"
2 hours ago
"Contact centers engage customers at every level and on every channel. @SAPInterconnect senior director of product m… https://t.co/mfvYEvabaB"
4 hours ago
"Medic slams Twitter and Facebook's decision to block ads promoting his COVID-19 lectures. https://t.co/Y7sM8i6lId"
4 hours ago