IPG strengthens global and UK executive teams with two appointments
Advertising group IPG Mediabrands has made two key appointments, including the group’s first chief data and marketing officer in the form of Arun Kumar, who will oversee the group’s insights and technology divisions in addition to his current role as global president of Cadreon, IPG’s programmatic technology arm.

Kumar has been with IPG Mediabrands for around seven years, serving as head of digital Asia Pacific and president of G14, Mediabrands’ audience platform, before taking over leadership at Cadreon in 2014. Prior to joining IPG, he worked with a variety of advertising firms including Aegis Media, Starcom and Isobar.

IPG has also appointed a new head of the UK branch of Mediabrands Society, the firm’s fully integrated social media and digital content agency. Pete Durant joins the company from Comic Relief, where he worked as digital partnerships and social media lead for the charity, and will be responsible for growing the agency and taking it into its next phase of development.

“We are thrilled that Pete will be joining us and leading the agency,” said Craig Lister, managing director of search and social at IPG Mediabrands EMEA. “It is fantastic to hire fresh new talent into Mediabrands Society and we are looking forward to him starting his role. Pete will bring a wealth of social media experience across many different industries, he will be an asset to our existing and new clients.”

“TabMo is reaping the rewards for developing technology to fill a gap in the market; it’s growth since it launched in the UK has been impressive,” said Read. “In addition it can offer the transparency that advertisers are now, quite rightly, demanding, while its focus on the creative is much needed in this sector. I look forward to playing a part in its continued success.”

As well as hiring Read, the firm has also promoted Shanil Chande from senior sales manager to head of agency sales, another new role that reflects the company’s recent expansion. Chande has been with TabMo for around a year, and previously held sales roles at IBT Media and Sky.

“Dan’s breadth of experience adds another layer to the service that we are able to offer to clients and will also help us to open new doors with brands that are yet to adopt mobile as an advertising channel,” said Chris Childs, UK managing director of TabMo. “Shanil’s expanded role will enable him to increase our influence with agencies, thereby further strengthening our growth strategy.”

Zenith reunites with Mac Hagel for West Coast leadership
After a brief stint at OMD, Mac Hagel, former executive vice president and media lead at Zenith USA, is rejoining the firm to serve as managing director of its West Coast team, as well as serving on the executive leadership team. While at OMD, Hagel led the performance-based accounts including Time Warner Cable and Machine Zone gaming, and previously also spent eight years at Horizon Media, working with brands including United Airlines, Google and Quiznos.

Hagel boasts an 18-year history in the media and advertising industry, and has a proven track record in leadership, client service and results-driving branding strategies, all of which will go towards serving as the media lead overseeing Zenith USA’s team based in Los Angeles.

“I’m excited to welcome Mac back to run Zenith’s West Coast operation,” said Sean Reardon, CEO of Zenith USA. “Under his leadership on the West Coast, look for Zenith to not only compete, but strengthen our client performance and win in many categories of business.”

Kevin Drew Davis to make an impact at Blast Radius
Global digital marketing agency Blast Radius has named Kevin Drew Davis as its new chief creative officer, overseeing all creative operations, brand strategy and experience design. Davis has built a 25-year career operating in the intersection of creativity, technology and data, providing creative and digital innovation to some of the world’s largest brands.

Davis joins Blast Radius from DDB San Francisco, where he also served as chief creative officer, and previously held roles at Wieden+Kennedy, Digitas and GSD&M. His work has garnered top honours from award shows including Cannes Lions, The CLIOs, the Effies and the Webby Awards.

“I’m incredibly excited to be joining the team at Blast Radius,” said Davis. “Blast has an amazing legacy of translating the data they collect into actionable intelligence that not only inspires brilliant creative but is also able to justify it and deliver results. There’s an incredibly strong team in place and it’s an honour to take on the challenge of pushing the agency’s creative boundaries.”

“Welcoming two such high calibre, experienced professionals is an enormous coup for Qubit,” said Graham Cooke, CEO and founder of Qubit. “We deal in personalisation technology but our most valuable asset is our people and how they engage with our existing and prospective clients. Tracy and Kevin bring a vast amount of collective expertise which I believe will give us a real competitive advantage as we look to meet our ambitious plans for growth.”

Zellmer will be based in the company’s San Francisco office, and will be responsible for developing and implementing Qubit’s worldwide partner strategy. He was previously global vice president of channels at Hootsuite, and has held leadership roles at Cisco and FiveAcross. Maraj will work from Qubit’s London office, focusing on shaping Qubit’s people strategy in attracting, developing and retraining the best talent. She previously served as HR director at Salesforce, and has held management and leadership roles at Intel, Netscape, Cisco and HP. 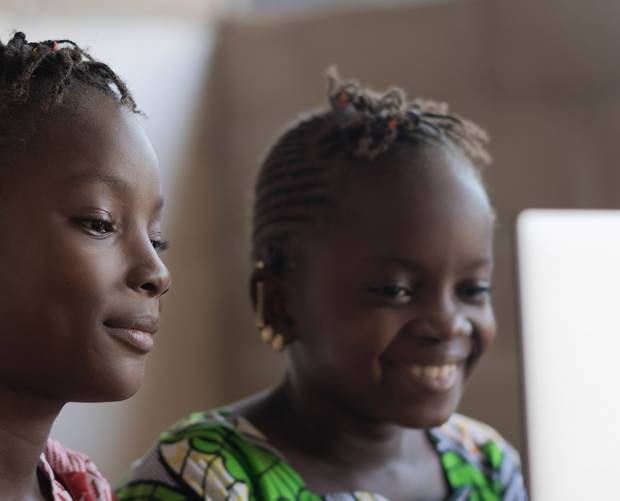