Prior to Ogilvy, Buchanan was the Managing Director of Havas’ award-winning agency One Green Bean, launching the agency into the London market in 2015 having run the Australian operation for four years prior.

Having previously spent eight years at Inskin, building up the business development and insights functions, Tillson moved to industry body, the IAB, in 2019 as Head of Industry Initiatives. Prior to this, he held roles at Microsoft, Orange, Bebo and BBC Worldwide.

Maynard has led creative cross-platform partnerships for Reach across Group M agencies, with responsibility for all partnership business as Agency Partnerships Manager. She has extensive experience working across premium publisher environments, from Condé Nast International through to Reach’s national and regional portfolio –during a time when both transitioned to digital-first businesses.

Croud hires Head of M&A
Digital marketing agency, Croud has announced the appointment of Amit Khanna as Head of Mergers and Acquisitions (M&A).

Rahman is no stranger to agency life having got his first break in the industry when working for a small start-up agency in Newcastle where he spent two years before moving onto Arts Council England, leading their multi-million-pound educational initiative across the arts sector.

Akesson is also Associate Professor, Programmatic & Digital Advertising, at The Valley Digital Business School. In addition, he has worked as Enterprise Sales Director at Adform and has managed the acceleration of a number of businesses including Headway Digital, later acquired by EntraVision.com; StickyADS.tv, acquired by Comcast’s ad server division, FreeWheel; and Criteo.

Prior to joining CANOPY, Perez served in senior roles at Google, Adglow, and Under Armour.

Lee joins CANOPY after seven years of breakout success as an independent Amazon seller, a longstanding educator, and a recognized thought leader in the Amazon space.

Howse sees this as a critical stage in the next chapter of M.i  growth -having launched the agency in 2009 just before the last recession, he is no stranger to adversity and has a firm view on how to ensure M.i.Media can give clients what they need in the new normal.

Former Campaign magazine ‘Face to Watch’, award winning copywriter Webb joins Gyro with 20 years’ experience in the advertising industry. She joins after a successful freelance career, including stints at agencies including Fallon, Havas and McCann Health.

Webb’s early career spans creative agencies such as BBH, Howell Henry and DLKW Lowe. She worked on the long-standing ‘It’s Got Our Name On It’ brand campaign for Wickes and award-winning projects for Lynx and Birds Eye.

Duncan has worked with some of the largest consumer and B2B brands in the space including Starbucks, Microsoft, Unilever, TJMaxx, and eBay on Influencer and Social-driven programs. Prior to Tinuiti, Duncan spearheaded the growth and shaped the industry at influencer shop IZEA as one of the first 10 employees.

Jacob is a well-known advertising industry heavyweight. Former EMEA CEO of Publicis Media and prior to that EMEA CEO of Starcom Mediavest Group, Jacob is currently Chair of online measurement body UKOM.

Dimmock brings more than 25 years of experience in scaling enterprise tech companies in the EMEA market to Terminus. Prior to Terminus, he most recently helped scale Sitecore across EMEA, led the Northern Europe function at Marketo and operated as an Executive Board member at Oracle Corporation in the UK.

Dimmock will be responsible for the opening and operations of Terminus’ first international office in London, hiring, scaling the company’s enterprise customer base, and supporting its growing partnership network.

rant will join the team on the 14 June from Dentsu Aegis Network, where he spent two years building out its overarching CTV proposition and vision as Director of AV Product. During this time, he launched Dentsu’s flagship end-to-end TV offering and drove cross-agency awareness of the benefits of CTV.

Prior to this, he spent six years in various roles at Sky, where he was responsible for driving impressive YoY growth for Sky AdVance, which uses Sky’s TV and ad viewing data to help advertisers carry out campaigns in the digital domain, both within and outside of Sky’s services.

Anderson joins ClickThrough after working in similar roles in a range of industry sectors, including retail, finance, construction & telecoms. Anderson’s most recent roles at Lookers and DFS have focuses on both employee and customer engagement, with a key focus on leadership development to drive cultural change – an area she will continue to focus in at ClickThrough.

The key senior hires announced today include Cathy Song Novelli, Senior Vice President (SVP) Marketing and Communications. She has more than 23 years of experience across all areas of marketing, with unique expertise in developing brand and product revenues via growth models.

Anita Menon, Hubilo’s new SVP, Culture, and Talent, has more than 20 years of experience across all aspects of human resources.

Abhishek Jain, the company’s VP in Finance, has more than 15 years of expertise across the board in finance, including building go-to-market strategies for businesses, risk management, fundraising, and investor management.

Chavez has more than 15 years of experience launching and growing global entertainment and lifestyle brands. She spent most of her career at Comcast/NBCUniversal in various senior marketing roles – most recently as Executive Director of International Marketing for the network division.

Gray has joined Imagination from the world of innovation consulting, having been Director at Fahrenheit 212 where he helped grow the European business, working with clients such as IKEA, Audi, HSBC and Diageo. He also continues to work with UK start-ups, including deep tech start-up FocalPoint Positioning, where he helped develop its product and go to market strategy and secure recent Series B Venture funding. 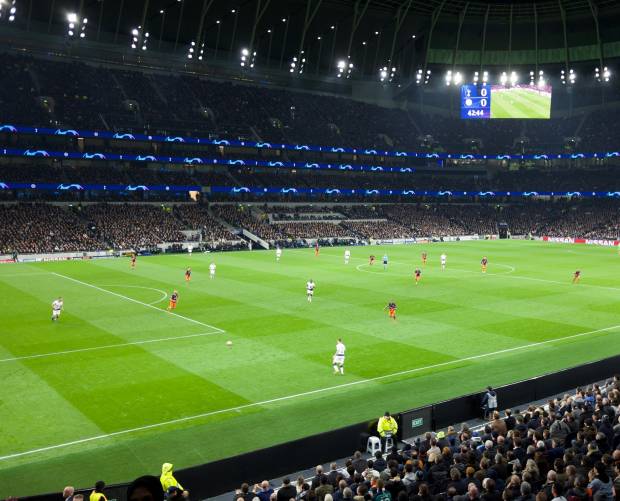 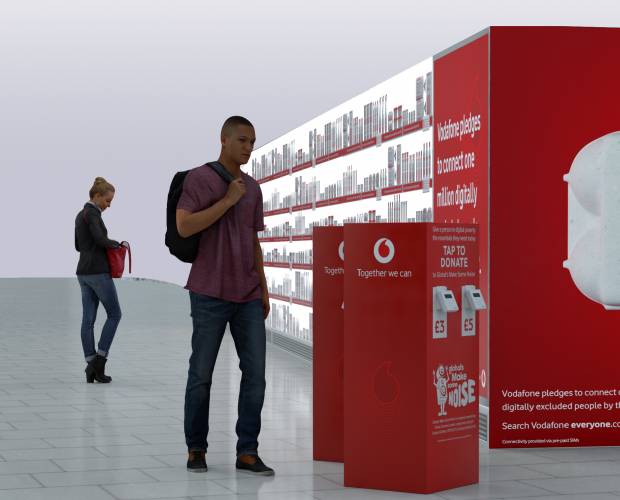 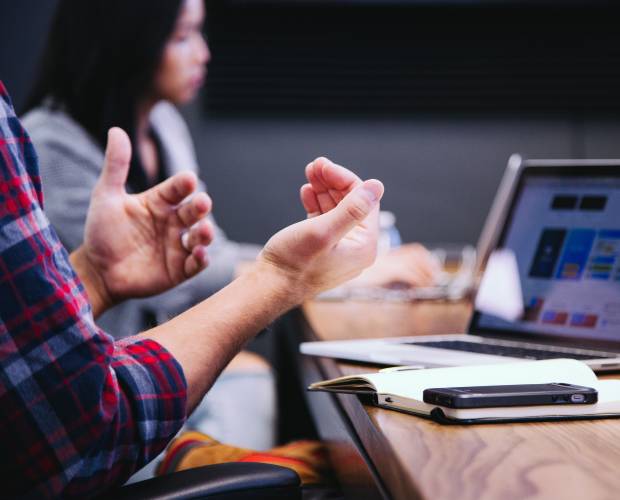 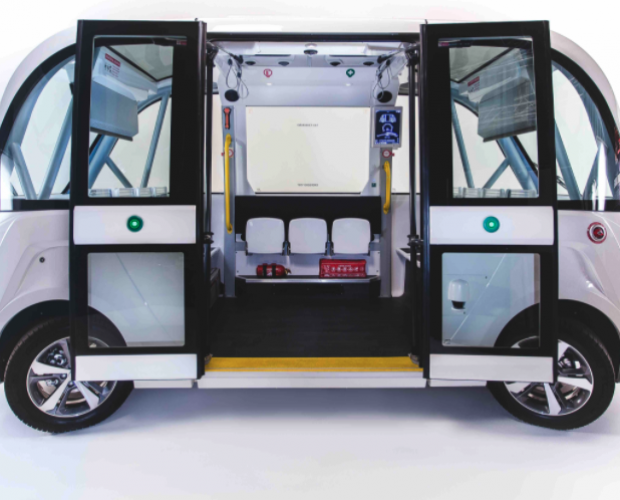 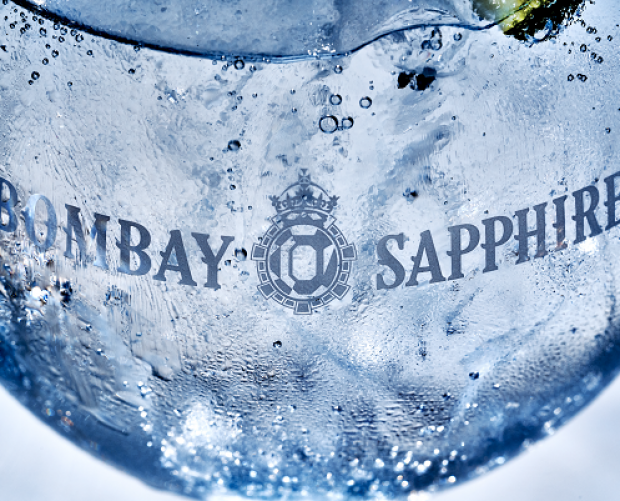