In a letter to shareholders Netflix picked put some of the programmes that have driven its growth, including Altered Carbon, Jessica Jones, A Series of Unfortunate Events, Queer Eye and Nailed It. The company also expressed its disappointment at not being able to compete at this year’s Cannes film festival, as a result of a new rule brought in by the festival that says that means if a film is in competition at Cannes, it can not be watched on Netflix in France for the following three years.

“We would never want to do that to our French members,” the letter says. “ We will continue to celebrate our films and filmmakers at other festivals around the world but unfortunately we will have to sit out Cannes for now so that our growing French membership can continue to enjoy our original films.”

While you digest the figures, check out the Infographic below, prepared by GlobalWebIndex, which looks Netflix versus Amazon Prime Video globally with insights on regional engagement; account usage by demographics; user profiles and viewing behaviours. It’s based on research among 13,687 monthly Netflix users aged 16-64 across 36 countries. Also in the cohort were 6,198 Amazon Prime Video monthly users. 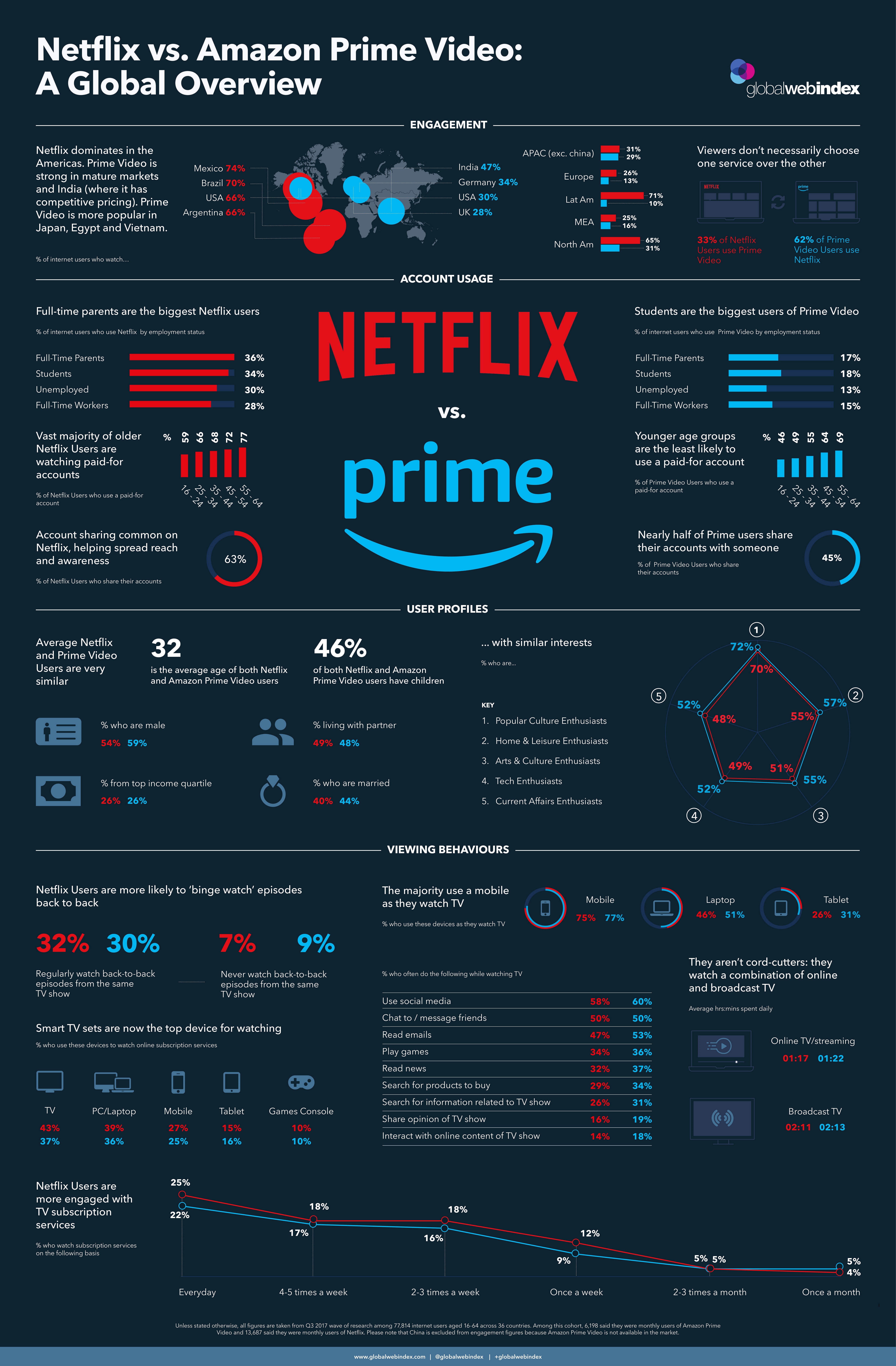 "Terrence Liverpool, AVP Mobile Banking at @synchrony will be joining us at the App Marketing Masterclass #NewYork t… https://t.co/U92tl2Smhx"
14 hours ago
"James Rosewell, founder and CEO of @51Degreesmobi, explains why and how different devices can be targeted to maximi… https://t.co/GVucrpx10J"
15 hours ago
"We're returning to #Amsterdam in three days! You'll hear from experts @AppsFlyer @Outbrain @mobpros & @ironSource h… https://t.co/G3GPCcdxMT"
16 hours ago