'It's our goal to reach 2bn consumers' - Oath one year on 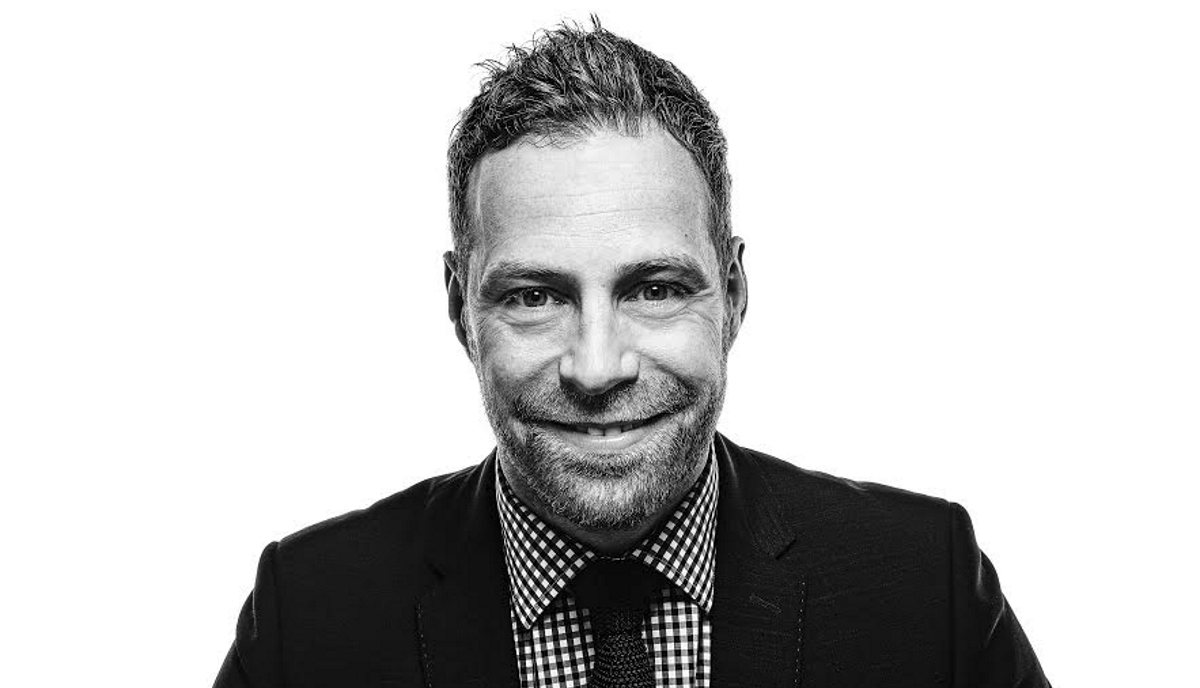 Oath – home to brands like AOL, HuffPost, and Tumblr – has just celebrated its one year anniversary after being setup by US telecoms giant Verizon on the back of its $4.5bn acquisition of Yahoo in June 2017.

The first year has seen several changes, as with any new business designed to bring a group of brands under one roof, and the company has focused on unifying its business.

“That unification has come in three parts really,” said Stuart Flint, VP EMEA at Oath, highlighting the work the company has done to bring together 13,000 employees around the world, processes and systems from across more than 50 brands, and aligning product offerings.

“We’ve gone through that unification of people first and made sure we’ve looked after those because without great people and talent we don’t really have much of a strategy, as you’ve got no one to fulfil it. That was the most important thing: getting our people together and making sure that we unified those individuals within their buildings and their job roles and everything else.

“The second one of was really about processes and systems… We’ve had a lot of talented people working very hard and long evenings to make sure we have backend systems that can deliver ads properly and so on and so forth,” continued Flint.

“The third area is around our product. How do we unify our product? How do we create a really good consumer experience across all of those Oath superbrands – as we call them? That’s the journey we’ve been on for the last year and now we’re at a point where we’ve moved on from unification. Now we’re on to innovation, which is about how we innovate our brands specifically – how we innovate our product offering. And that bit, for me, is the most important and most exciting bit that we’re doing right now – in terms of unifying those brands and creating really deep user experiences and deep engagements with our products which we’re investing in substantially internationally.”

In unifying the business, Oath and Verizon have to had to make some calls that were difficult to make – whether that’s shutting down News Digest and Yahoo Messenger or laying off staff – as part of its goal of “creating strong content and distributing at scale,” according to Flint.

“That was our north star and therefore the company had to make decisions around that to ensure that we’re focused on that mission,” he said. “It happens in any business of this scale but it was just to fit our mission essentially.”

Time to innovate
With Oath’s transition from the unification stage to the innovation stage, it is fully focused on its mission to reach 2bn consumers around the world by 2020.

Over the past year, we have seen Oath form partnerships, develop ad formats, and create content in order to put itself on the right trajectory to make that happen.

One big example of that is its distribution deal with Samsung, which was announced just last month. Under the agreement, Oath will deliver both media and advertising content through Bixby Home on Galaxy S9, S9+, S8, S8+, and Note8 devices.

As a result, Samsung customers can keep up-to-date with content from Yahoo Sports, Newsroom, Yahoo Finance, and Go90, while native ads are being distributed via Yahoo Gemini within Galaxy apps and Game Launcher experiences.

“As part of our mission to make sure that we succeed and grow to 2bn consumers by 2020, we have to have a pretty decent distribution path.  One of the partnerships that we’ve gone into is Samsung and the left swipe, allowing users to have a deeper experience within the Samsung devices. They’re driven through essentially Oath apps within the mobile phone, so it’s a great user experience and a great distribution partner for us. That really supercharges and grows the scale for our business in mobile, which is a wonderful opportunity.”

On the content front, Oath recently launched a Yahoo Sports video show dedicated to the World Cup called ‘The 32’.

Sponsored by Volkswagen, the show is presented by Reshmin Chowdury and Toby Tarrant and is being streamed live during every day of the World Cup through the Yahoo Sport app and website. It is also available to watch online following the livestream and available via Yahoo’s global editions.

The series combines World Cup news with fan culture, discussing results, team selections, and gossip through the biggest sporting event in the world.

“How do we create really deep, useful experiences for consumers? They’re really enjoying short snippet shows like 32, which is fun and that’s what the World Cup is about,” said Flint. “Creating those deeper user experiences that isn’t just around content, it might be in time, but ultimately right now we’re creating wonderful experiences around the World Cup. It’s all about the fans – that’s what football is about. And we’re really excited about the show, it’s doing really well across Europe. I think that’s the kind of experiences we’re wanting to create in the future as well.

“It’s difficult to look far ahead but we’re creating content for the consumer,” Flint continued when pressed about the possibility of similar content in future for the Olympics or even a show like Love Island. “We’re understanding our consumers in ways we’ve never seen before and data allows us to do that. I think we’ll make sure that we’re doing the right thing by the consumer. It’s all about the consumer first. So, I think that’s the type of content we’re looking to create around major sporting events, but with a difference. We’re not trying to run live games throughout the World Cup – that would be very expensive and something that’s not part of our mission right now.”

He added that the key to Oath’s acceleration phase was investing in their core pillars and driving toward its 2bn consumer target. The company’s five key areas are news, sports, finance, home page, and entertainment but where this investment falls within those categories is still being mapped out.

Turn it, leave it, stop, format it
One area where Oath hasn’t shied away from investing heavily over the last year is advertising. In the last 12 months, we have seen the company unveil several ad formats.

Most recently, the company showed off a pair of extended reality ad formats in the shape of 3D and programmatic virtual reality (VR) formats. These followed the rollout of augmented reality (AR), native, utility, and social mobile ad formats in previous months.

A big reason behind these ad formats is looking ahead to 5G, according to Flint, referencing parent company Verizon leading the way with its work to implement the next generation mobile network in the US.

“When 5G comes to Europe in time, we’re going to be ready to create those experiences for users, said Flint. “That innovation and creativity is really important within that real estate, which is a really small real estate when you think about it and doesn’t necessarily always lend itself to putting ads on there. I think it is about wonderful user experiences within the super channels we’ve created.

“Verizon is leading the charge as the largest telecommunications business in the US and I think Europe will follow suit and in time. For us, it’s about creativity,” he continued

“If you think about the potential, Ryot Studios is our creative arm within Oath and they are very excited about the opportunities that will be unlocked in terms of creating user experiences above and below ground. That’s where we think the potential is for sure.”

Despite this, Flint made it clear that offering great content is the most important part of Oath’s business because “advertising experiences come after you’ve created good content” and “you have to build something that people love to come to and want to engage with”.

An Oath
Looking ahead, Oath is being led by their new president, K. Guru Gowrappan, on its long-term strategy of reaching 2bn consumers, while region executives like Flint are tasked with delivering on the short- and mid-term strategy of continuing on this acceleration path and creating “great consumer products”.

“In 12 months’ time, I think we would have fulfilled the mission of building extremely strong brands in market, increasing our daily active users and creating better user experiences, and entering more awards potentially around mobile formats, for example,” said Flint. “Those are three things I’d be really proud to sit here in front of you in 12 months’ time and say ‘we did what we said we’re going to do around consumer brands, we grew our audiences, and we’re up for some awards for creativity in the Cannes Lions’.

“We’re never shy of coming forward in terms of talking about great things and great work that we’re doing. I’m really excited about those super channels [Yahoo, AOL, HuffPost] and what we offer. And that seems like a very sensible route to market for me.

“We are a successful company and it’s just about how continue to be and how we accelerate that growth path around our users to 2bn in 2020 – and the revenue will come with that,” he concluded.