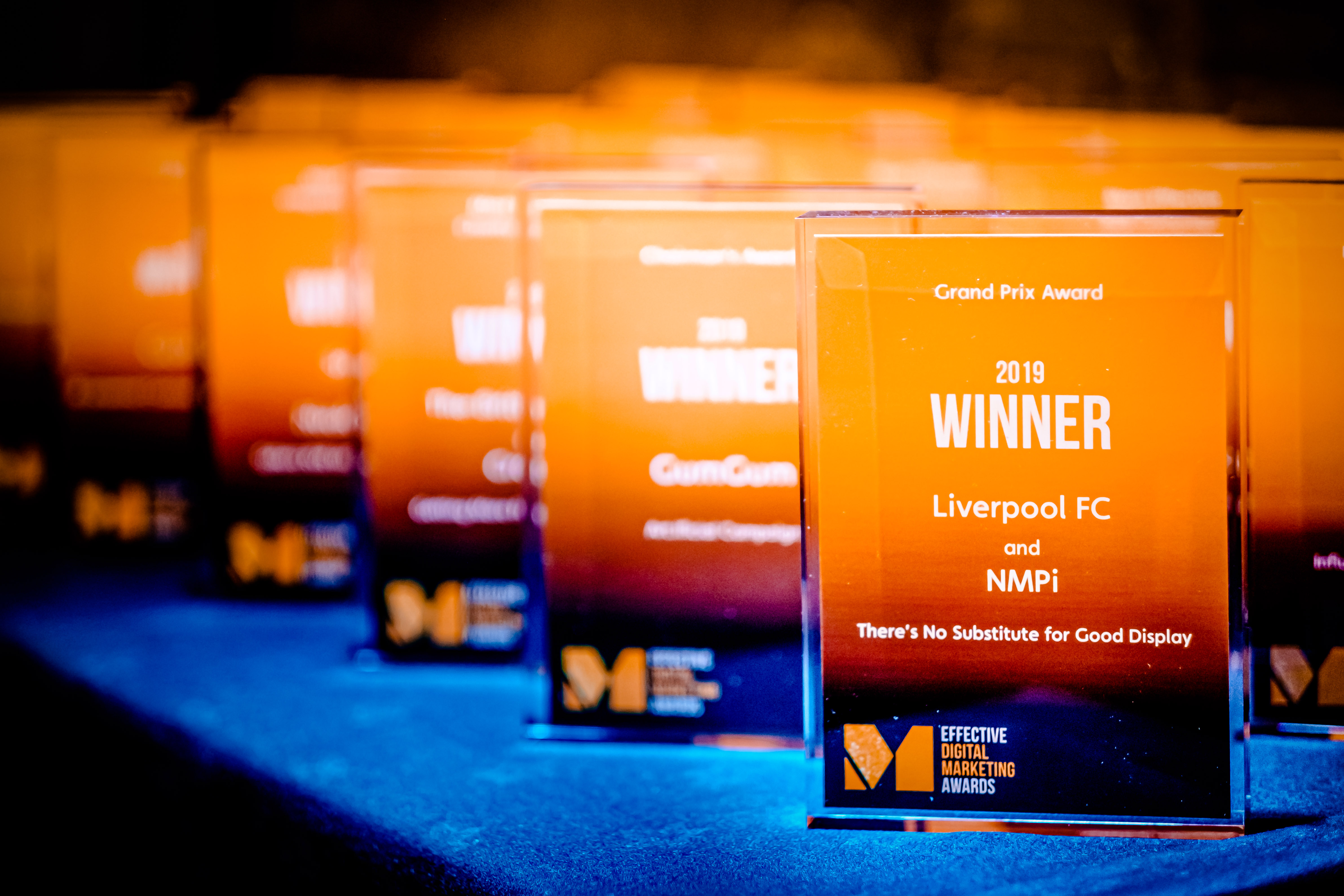 There is just over one month left to enter the 2020 Effective Digital Marketing Awards and just over two weeks until the Early Bird deadline of 13 March. Entries received by the Early Bird deadline benefit from a 20 per cent discount off the regular entry fee of £180 per entry, per category entered. Winners in last year's competition included Liverpool Football Club, Coca-Cola, Virgin Holidays, Superdrug and Samsung.

There are also four special awards, including two Digital Expert of the Year Awards, one for North America, the second for UK, EMEA and APAC. The Digital Expert Awards recognise the company which averages the highest attendee feedback results when presenting at Masterclassing events around the world.

There’s more information here. Or you can click here to head straight to the Awards Portal and start on your entries.

In the meantime, let's take a look back at last year's Grand Prix Award winner, chosen by the judges as the best entry overall...

Liverpool FC and NMPi – There's No Substitute for Good Display
The 2019 Grand Prix Award went to Liverpool football club and its agency, NMPi, for a fantastic campaign to promote sales of the team’s new kit at the start of the 2018-19 English Premier League season. The campaign also took the individual category awards for Most Effective Retail & FMCG campaign, and Most Effective Programmatic Campaign.

As the campaign launched, the pressure was on Liverpool FC and NMPi. The previous season, the club had celebrated its 125th anniversary and new kit sales had gone through the roof, but nonetheless, NMPi was tasked with busting last season’s targets. With a countdown element

The campaign centred on banner ads, with a countdown element to generate suspense and build interest. Once the kit had been revealed the ads also enabled supporters to click through to customise their kit, choosing their combination of name, number, font and patches, and of course to buy it. The ads were also designed to engage with supporters, rather than simply hitting them with a ‘Buy Now’ message.

All of this was driven by data. An algorithm was developed to select the initial product shown based on previous interactions with the kit builder, search history and contextual relevance. The sequential nature of the ads was key to the campaign. The way a user interacted with them influenced the subsequent ads served.

The results of the campaign were confidential, but sufficiently impressive for it to take the Grand Prix Award, in addition to the two individual category Awards.

Judges’ summary: “Great use of personalisation in the ad creative, with temporally evolving creative as the campaign developed. Results were easily the most compelling in this category.”

To see the categories in this year's competition, head for the Awards website now.