Are we experiencing a "pivotal" period in the online food delivery space? 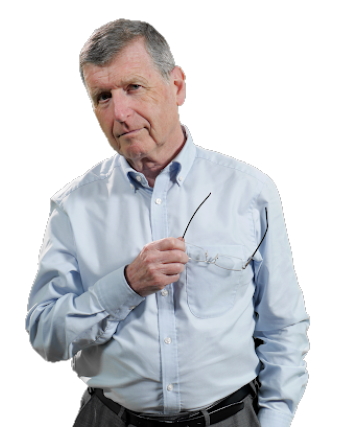 The online food delivery market seems to be going through an interesting period at the moment with several deals being made by some of the biggest players in the industry. The notable recent deals include Just Eat and Takeaway.com’s merger, Deliveroo’s acquisition of Cultivate, and DoorDash’s purchase of Caviar.

All three deals are very different in nature but could all prove to have some sort of bearing on each other in the long run.

Just Eat agrees merger with Dutch rival Takeaway.com
Perhaps the biggest recent deal involves Just Eat agreeing terms with Takeaway.com to create one of the world’s biggest online food delivery companies. The merger, which should be completed in the fourth quarter of this year, will see the combined company named Just Eat Takeaway.com and leave Just Eat’s shareholders with around 52.2 per cent of the company’s share capital.

So, why have the two companies agreed to the deal?

“It’s happened because investors believe that to be successful in this business you’ve got to have scale,” says Peter Backman, a foodservice analyst and principal at Peter Backman foodservice consultancy. “I think I agree with them. And how do you get scale as an aggregator as opposed to a deliverer?

“If you are just fundamentally focusing on order capture and feeding it back to the restaurant, then that’s a nice play because it’s a tech play. And that’s what Just Eat and Takeaway are doing. However, Just Eat in its core markets – particularly the UK – is now approaching a point where it can’t do more of that because it depends on smaller players and the amount of business they can generate and handle. Just Eat is being forced to look at a delivery model which is inherently less profitable than being an app player.”

As it stands, Takeaway.com operates in markets that are probably behind the UK when it comes to the online food delivery space, leaving room for growth in these markets that this merger can exploit. At the same time, Just Eat is closer to market maturity with Takeaway.com being about half its size.

“Just Eat is having to move away from a very profitable discovery model to a much less profitable discovery plus delivery model,” according to Backman. “How that plays out in the future? I don’t know, but I rather suspect that it will be looking for other companies of a similar shape in other markets because, at the moment, Just Eat and Takeaway are active in 25 markets and there are 200 around the world. They will be looking to get into the remaining 175 markets, so I think we’ll see more acquisitions and mergers over the coming months and years.”

Where there’s further mergers and acquisitions come from remains a mystery but Backman believes the newly-formed company may look toward picking up some US business, though they first have to “get together and sort themselves out because there’s not a lot of synergies between the businesses other than technology synergies”.

Deliveroo acquires Cultivate
Last week, Deliveroo announced that it had bought Edinburgh-based software design and development firm Cultivate. The plan is to use the acquisition to improve the payments experiences, provide more information about earnings to riders and restaurants, and offering new financial support services to riders and restaurants. Deliveroo will also make use of its new subsidiary to setup a tech hub in Edinburgh – its first UK tech office outside London.

“There’s no doubt that Deliveroo sees itself – and is pushing itself – as a tech company. It happens to do delivery but it’s all about the order capture, the information that flows between the operator and the customer, the operator and the rider, and all of those people and data flowing into delivery. That’s what it sees as the core of its business.”

Backman sees the acquisition as Deliveroo beginning to make moves into the parts of the food delivery chain that it doesn’t currently have a say in, because it doesn’t yet take part in things like table booking, customer satisfaction, or payments. So, this acquisition can be seen as being “part of its play to get more heavily involved in the whole customer operator interface”.

“It’s about trying to make themselves different and therefore distance themselves from any other player in the marketplace,” adds Backman. “But, bear in mind, anybody can be doing this because there are any number of these technology companies that are doing clever things that you can mop up.”

One player that may have had its attention taken by Deliveroo’s acquisition of Cultivate is Uber Eats, being a direct competitor in Europe. However, due to the fact Uber has its taxi platform and more technology, more sales, and a larger delivery base, it may not be so concerned about the moves Deliveroo is making.

Uber’s bigger concern, according to Backman, would probably be the interest that Amazon has in acquiring Deliveroo.

This acquisition has been seen as strengthening the existing partnership between DoorDash and Square, with DoorDash already using the Square for Restaurants point of sale.

Despite this acquisition taking place in the US, Backman sees it helping to set the tone for the entire online food delivery market as he expects to see either “more and more acquisitions and mergers of larger scale in North America” or a US company saying “’well, we’ve got a strong position in this geographical part of North America, so we’ll expand into Europe through a merger with Just Eat and Takeaway’ for example”.

“I see all these things as being interconnected and it’s not necessarily dominating North America which is going to be the game changer,” says Backman.

What does it all mean?
Some may see the current online food delivery as being a pivotal moment for the industry. Backman, however, sees it as one pivotal moment of a few that we will see.

“What happens is companies start to merge defensively because everybody else is, or because a perceived important competitor is, and they feel they’ve got to do it as well. I think we’re going to see some of that happening, which means that some of the mergers won’t play out in the long term and businesses will be streamlined and bits will be shuffled off.”

At the moment, the challenge facing the industry is figuring out the best way to make money out it. Currently, “the customers want it, it’s difficult to make money, but the business generates data,” according to Backman. And, for the time being, investors are happy are happy to pump money into these businesses because of that customer information.

Looking ahead, the opportunity to make money for food delivery firms may be by pouncing on the struggles currently being experienced by supermarkets.

Just recently, Tesco announced that it would be cutting 4,500 jobs. And taking advantage of this is where Backman sees the real growth happening for food delivery businesses.

“I think that, once the market reaches a certain level of maturity, the only way you can get growth is by taking away business from the supermarkets,” he says. “And I’m not talking about supermarket delivery. I’m saying if you order a meal then that meal has to replace something that you would’ve got from your fridge, not from a restaurant. I think the average price of a delivered meal will increase at the moment whilst the market is finding its feet and then it will start to fall a bit.

“The supermarket business in this country is undergoing a lot of pain, partly because the bigger players are suffering from Aldi and Lidl stealing their share, but also because the way that customers shop is changing. The whole supermarket model is changing, which it’s becoming less structured and less rigid, leaving an opportunity for delivery to grab some of that market.”

An example of one food delivery firm getting involved in the supermarket space is the recently launched pizza delivery trial between Deliveroo and Sainsbury’s. Whether or not Deliveroo and others choose to dive deeper into this space in the future, only time will tell. For now, we know “there’s lots happening, online food delivery is growing rapidly and, therefore, it’s attracted a lot of money,” concludes Backman. 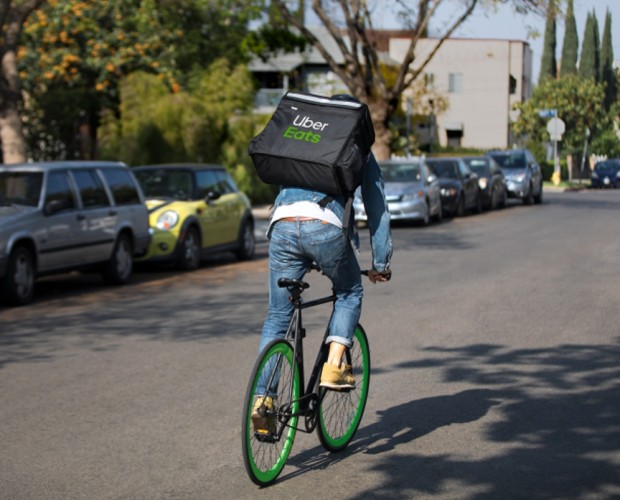 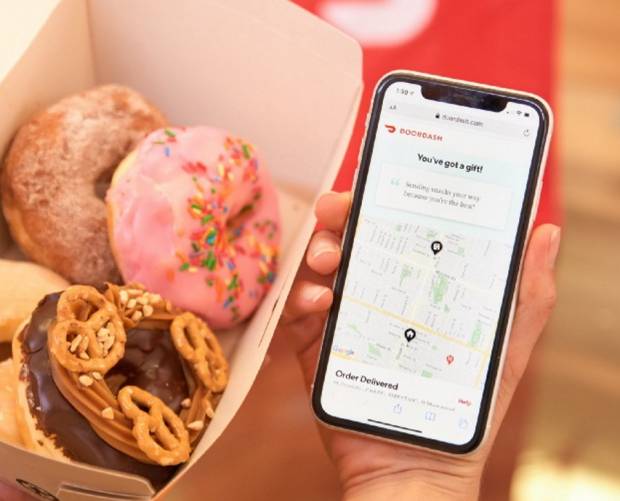 DoorDash introduces gifting feature ahead of the holidays 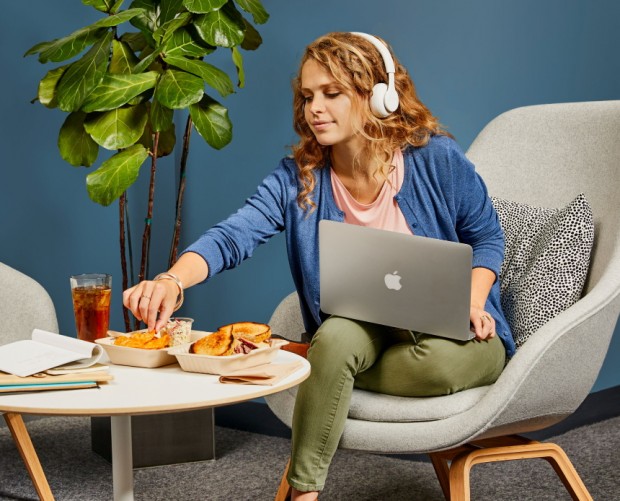 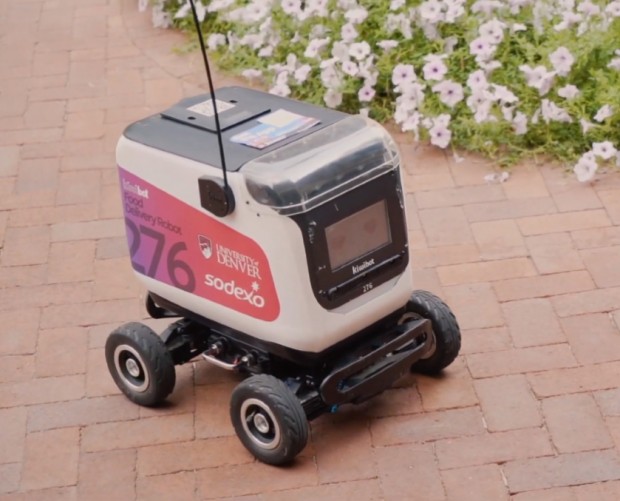