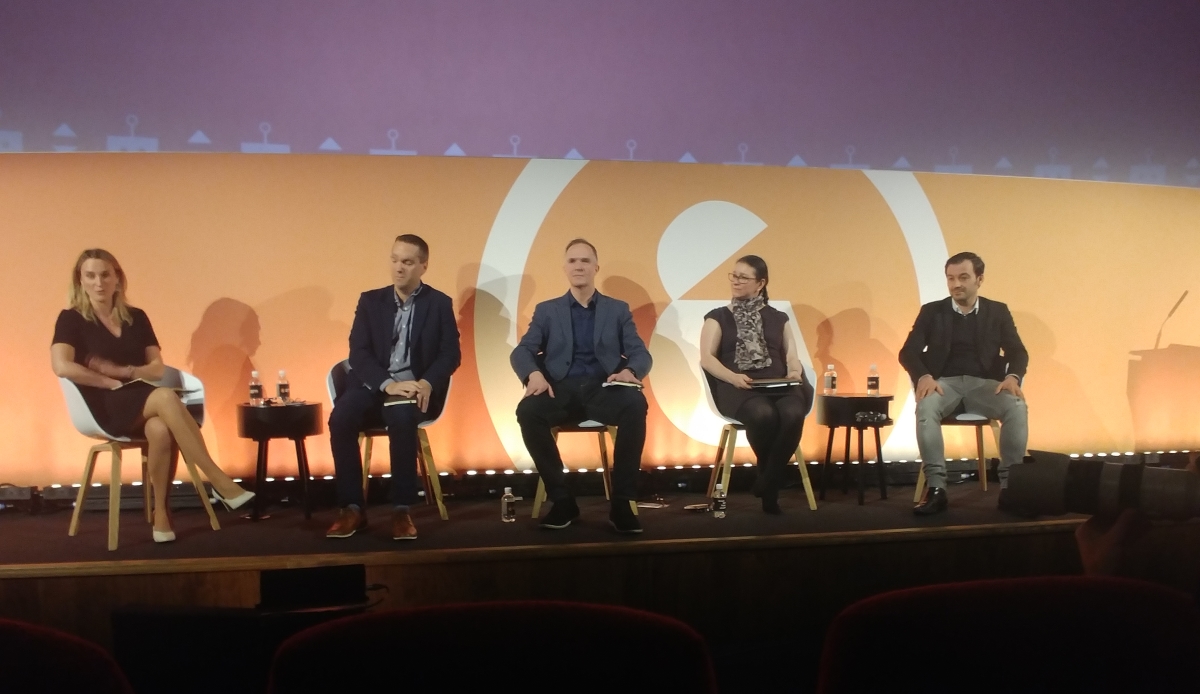 Consumers are continuing to move away from viewing traditional TV and dedicating more – if not all – of their viewing time to over-the-top (OTT) video services. OTT, which is the delivery of premium video content over the internet, has become the primary way to watch TV programmes in almost a third of UK homes, while US mobile users spent around $1.27bn in the top 10 subscription video-on-demand (SVOD) apps last year.

When most people mention OTT, they are referring to the likes of Netflix, Amazon Prime, and Hulu. However, there are video streaming services constantly popping up from a variety of sources – whether those be new platforms or from traditional broadcasters. And consumers are quick to embrace many of these services, knowing the platforms can provide the content they want when they want to watch it.

“One-third of UK consumers watch zero live television. Not one minute a day… Those eyeballs have moved and they’re never coming back. We all talk about cord-cutters, the term that we need to get used to is ‘cord burners’ – these people have burned the cord and they’re never turning back,” said Dallas Lawrence, chief communications & brand officer at OpenX, speaking at Advertising Week Europe. “50 per cent say their life is better today now that they don’t have a cable or satellite package. These are not people that are going to go back to old ways of thinking. They have walked away from that programming and they are walking into OTT.”

Coughing up the cash
With the continued consumer shift toward more-or-less entirely on-demand content, advertisers are slowly beginning to show a true desire to spend on ad-funded platforms.

“If we’re standing back and looking at the macro picture, it starts to get very specific quite quickly depending on the territory,” said Dave Castell, general manager EMEA – inventory and partnerships at The Trade Desk. “When we think of OTT, we think more of CTV but we’re into acronym bingo quite quickly. One person’s CTV is another person’s HbbTV in Germany, IPTV in France. Overall, what’s interesting for us is that we see increasing demand from clients in accessing premium inventory.”

Haven’t we been here before?
As with anything experiencing rapid growth, there are several challenges facing the industry that need to be addressed sooner rather than later to get the most out of what OTT can deliver for advertisers.

One of the big problems affecting OTT – an issue which affects just about everything on the internet – is the issue of data. Many people choose to share their video streaming accounts with others, so a targeted ad may be seen by someone it’s not relevant to or, in the case of adult-focused brands, may be worringly served to a child.

“From a data standpoint, we’re seeing that a third of users are sharing passwords. So, the logged in walled garden environment of a Netflix has a lot of cracks in it when you start thinking about targeting,” said Lawrence. “If you’re only using that logged in password to send an ad, you need to start thinking about the whole mosaic of the user who’s behind that screen – using their device ID in a privacy compliant way, using the geography they’re in, or other data they have to put together this complex picture of who that OTT user actually is behind the screen, not just the password they’re using or the screen they’re watching on.”

Showing off your creative side
Another question that arises when it comes to OTT is “how do you plan when TV is so much more than just the box that you have in your living room,” according to Aurelia Noel, global digital partner at Carat.

“OTT is more linked to the rules which we had in social, which means, while we have a lot of data, creativity is still key into bringing penetration,” she said. “It is through shorter formats and more relevant ads, and we need to completely rethink the way we create… Creativity is a real challenge. I think, to me, it’s even more of a challenge than data.”

Creativity, as mentioned by Noel, is something that the industry has struggled with not just on OTT but across digital advertising. As such, it’s a challenge that the industry is more than familiar with and one it has had to overcome across multiple formats and screens already.

But this challenge may be different to the ones of the past with shortening attention spans and the need for shorter ads to address this.

“The creativity is definitely the key challenge… Now everybody is trying to get six or seven-second ads. You can’t tell a story in six seconds, that’s impossible,” said Olivier Jollet, EMEA managing director at Viacom-owned Pluto TV. “I think there is a huge switch that has be done from marketers and advertisers to say ‘okay, what can I achieve? Or, what do I want to achieve with six or seven-second ads?’. It’s not the same as running your 30-second TV spot, you won’t have the same impact.”

At present, however, “OTT commercials suck,” according to Lawrence. But, at the same time, recall is higher – and people are more likely to take action – on OTT ads than linear TV ads.

“Success for OTT or CTV, for us, is opening up that ecosystem,” said Castell. “It’s being respectful of the industries that are already there, but it’s also allowing the pipes to get connected technically. It’s the commercial education and openness that we all need to have around getting the message across that we may need to consider buying in different ways.”