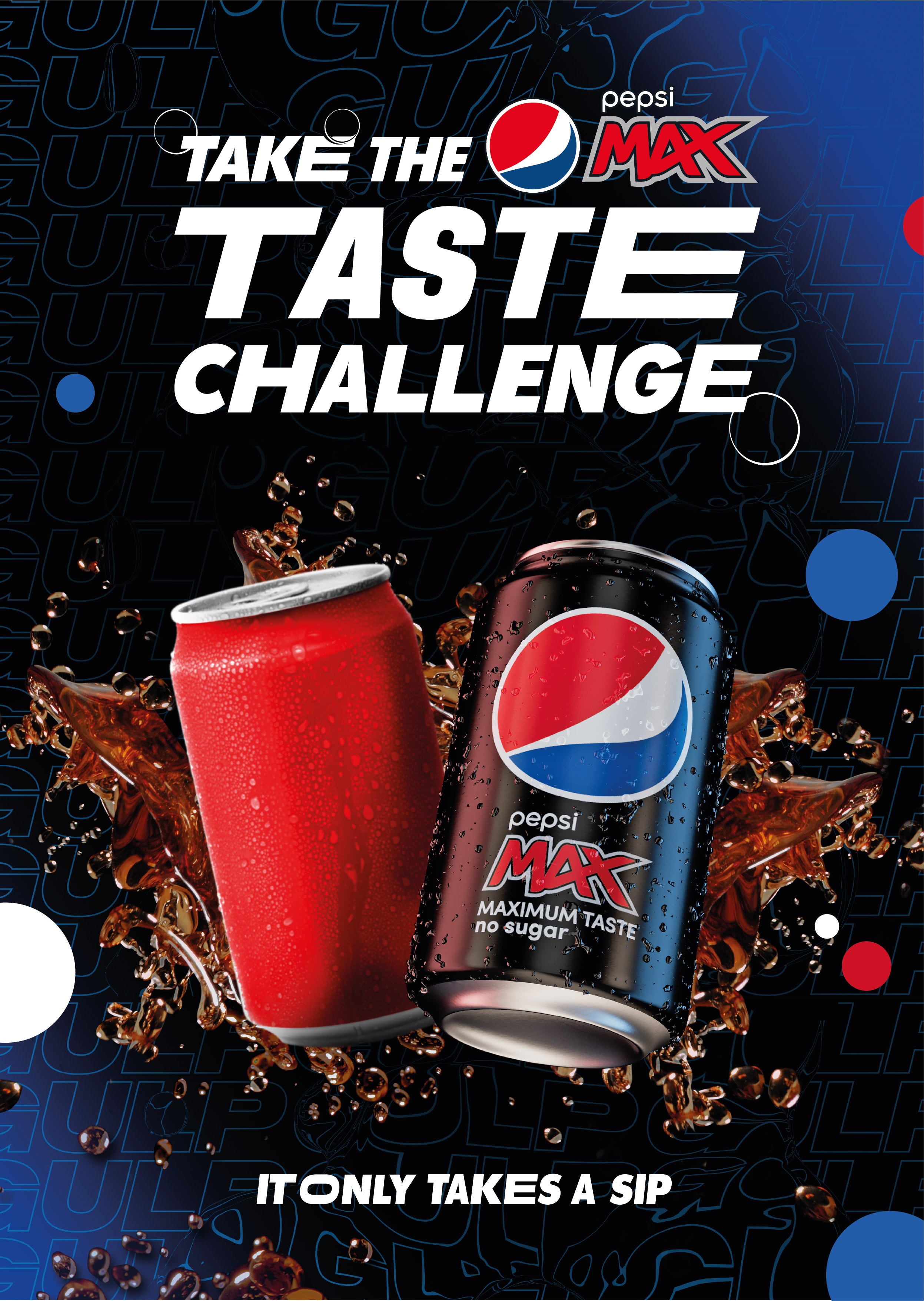 PepsiCo is relaunching the Pepsi MAX Taste Challenge. Originally launched in the 1970s, the challenge encourages people across Great Britain to participate in a blind taste test to determine which of the two colas – Pepsi MAX or Coca-Cola – they like best. Participants are given two glasses of unbranded, chilled cola and asked for their verdict, with the results then tallied from across the country.

The Taste Challenge will be supported by a full above- and below-the-line campaign, including a TVC, cinema, OOH, shopper and digital advertising. This includes the launch of Pepsi MAX’s ‘POPFIZZAHH’ campaign material for the first half of H2. This features British multi-hyphenate artist and comedian Michael Dapaah, who brings the Pepsi ritual to life through onomatopoeic sounds. This is supported by OOH activity which sees a mix of bannering and DEP (Digital Escalator Panel) advertising in key locations across the country, including Bristol, London and Leeds.

The eight-week roadshow will tour Great Britain, with over 30,000 taste challenges expected to take place across the country. You can see full location details here.

“We are so excited to be back with our Pepsi MAX Taste Challenge,” said Georgina Meddows-Smith, UK Marketing Director for Pepsi Beverages. “We know that people love the great taste of Pepsi MAX when they try it. By asking people to take part, we are challenging their cola preconceptions and ultimately hope to win them over as Pepsi MAX lovers. 2019 was a huge success, with more than six in 10 people in GB preferring the taste of Pepsi MAX.”