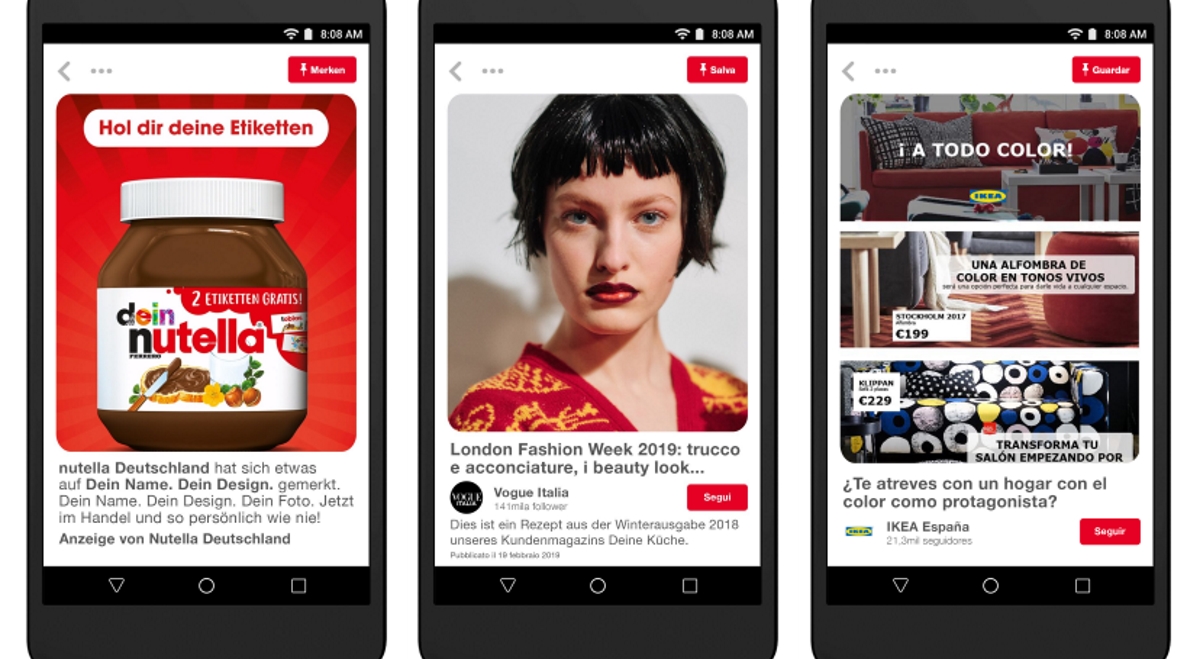 Pinterest has made advertising available for all businesses in Germany, Austria, Spain, and Italy, continuing its expansion in Europe following the launch of ads in its first non-English speaking country in November, France. The rollout makes both standard and video ads open to businesses in the nations.

The social media platform is currently building sales teams in Germany, Spain, and Italy to work directly with local advertisers and agencies. It is also setting up a regional team to support additional countries in Europe.

Before launching ads to the four European nations, Pinterest had been trialling ads with a small group of German businesses, which included REWE, Tchibo, and Ferrero. With Ferrero, it used both Promoted Pins and Video as part of an awareness campaign for Nutella.

“We can reach people here that have a specific intention to search for new ideas and are open to discover brands and products,” said Lukas Wiener, senior digital media manager at Ferrero. “Promoted Pins offer us a chance, to address these people even better.”

Pinterest ads are now available in 11 countries including the US, UK, Australia, Canada, France, Ireland, New Zealand, and the four new nations. It has begun testing ads in The Netherlands, Belgium, Portugal, and Switzerland.