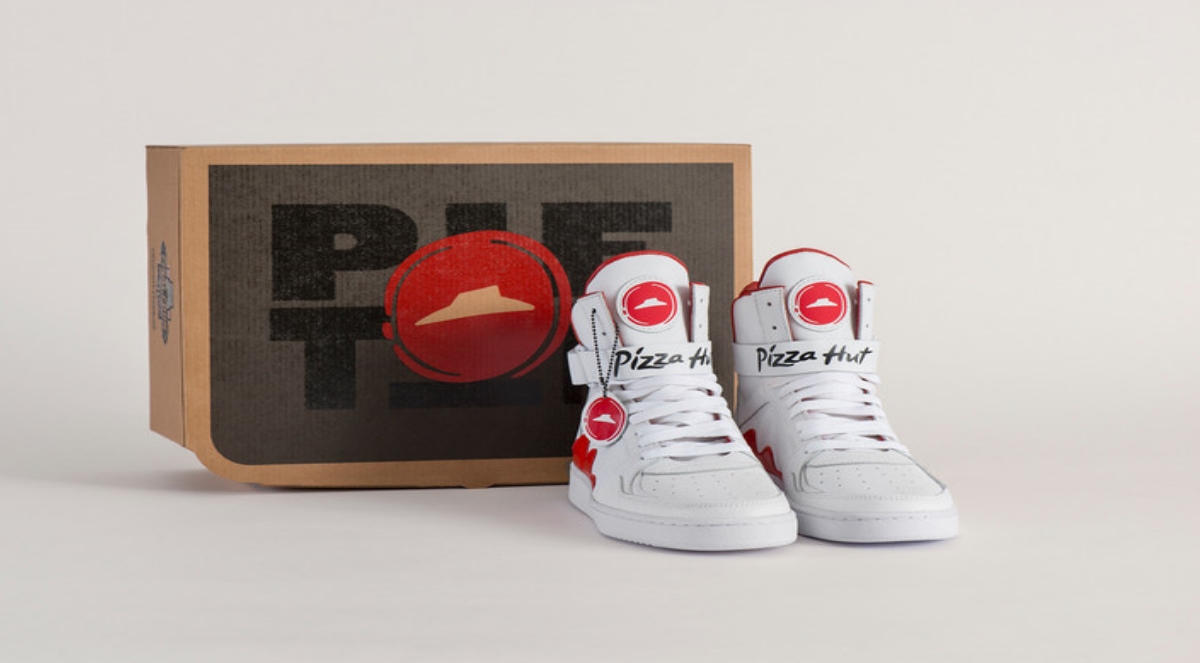 Earlier this month, Pizza Hut introduced its pizza ordering Pie Tops basketball shoes as part of its partnership with the NCAA. Now, the US pizza chain is giving fans the chance to win a pair – if they find the hidden Pie Tops in a virtual ‘360 panoramic hunt’.

Starting 3 April – the day when the NCAA College Basketball Tournament comes to an end – fans will be able to join Pizza Hut’s All-American, Jason Zone Fisher, and take part in the Pizza Hut Pie Tops Hunt to find the hidden shoes in the location of the Final Four weekend, the University of Phoenix Stadium.

Yesterday, Fisher gave fans the chance to win a pair of Pie Tops on Instagram and Twitter to celebrate the Final Four match-ups.

“We had a feeling that people would get excited about getting their pizza at a press of a button, and we were blown away by the response the Pie Tops created,” said David Daniels, VP of media & advertising at Pizza Hut. “Final Four weekend is the perfect time to give fans a chance to take their digital ordering experience to the next level – whether they're watching the games at home or are lucky enough to be there in-person.”