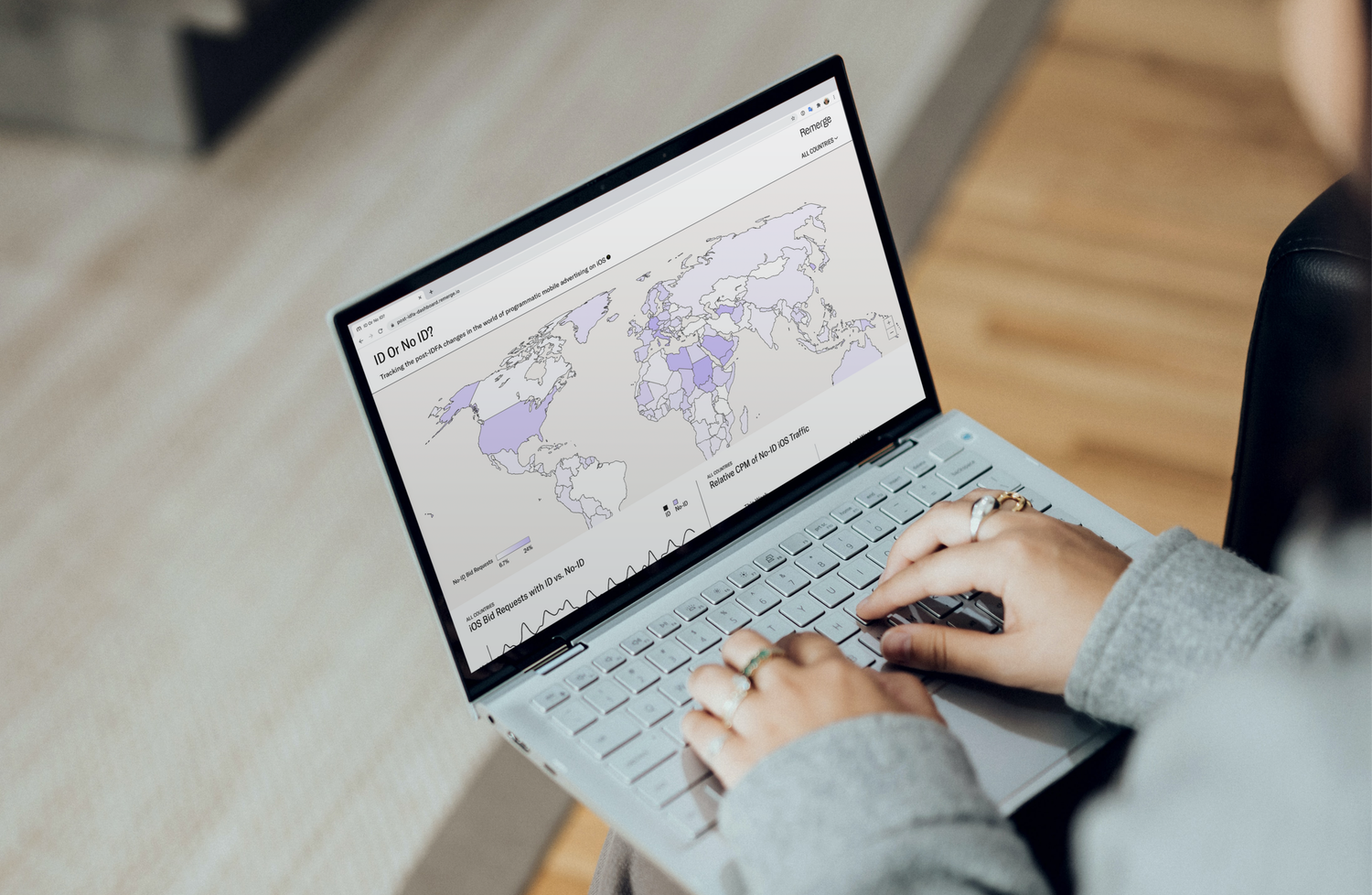 With Apple's privacy update to iOS 14.5, the mobile app industry is undergoing one of the biggest shake-ups since it began. Remerge, the Berlin-based leading ad tech platform focused on app marketing, has now released a dashboard to keep marketers up to speed with the post-IDFA changes taking place in the world of programmatic mobile advertising on iOS.

In an easy-to-read display updated daily, Remerge’s dashboard compares numbers of bid requests with or without user ID, CPM trends, an iOS version adoption timeline and SKAdNetwork-enabled traffic progression, all at a country level.

The post-IDFA dashboard is fuelled by an extensive pool of data, thanks to Remerge's connection to 26 supply-side platforms and infrastructure capacity to process 3.3 million bid requests per second.

"We welcome Apple's push for better privacy protection. At the same time, we see the app marketing industry's need for sound and up-to-date information on how the change is impacting the entire ecosystem. Our dashboard provides that knowledge. We believe that the future of digital advertising is not built on ID and we are setting the course for a privacy-friendly programmatic advertising ecosystem," says Pan Katsukis, co-founder and CEO of Remerge.

iOS 14 took 4 months to reach 80 per cent adoption rate
In the case of bid requests, i.e. the offer of an SSP for an advertising space with the request to submit a bid to a DSP, the supply with user IDs is still high. ID-enabled bid requests include all iOS users on iOS14.4 or older, as well as those on iOS14.5 who have agreed to opt-in tracking. Accordingly, No-ID bid requests include users who opt-out of tracking. According to data from Remerge, up to 84 per cent of bid requests worldwide contain user IDs, while bids with no user IDs account for 16 per cent right before the ATT release date. In the United States, the gap is even smaller: here, bids with no ID account for 20 per cent (as of mid-April).

With the release of iOS 14.5, when opt-out will change into the default setup, the ratio between ID-enabled and No-ID bid requests will increase further in favour of No-ID.

After its release date in mid September, 2020, iOS14 reached 80 per cent adoption rate in 4 months worldwide, or 92 per cent in the United States at that point in time.

CPMs: No-ID iOS traffic up to 42 per cent cheaper
Currently, targeting No-ID users is comparatively cheaper than targeting ID-enabled users, as the ads shown to the former are less tailored to their behaviour and interests. Combined with the rules of supply and demand and the industry's preference to target ID-enabled users, this leads to a significant price difference: traffic with No-ID users is on average 44 per cent cheaper worldwide, in the US, Remerge reports 42 per cent cheaper CPMs for No-ID traffic.

SKAdNetwork-activated bid requests increase sharply, now at over 41 per cent
Bid requests for networks ready for Apple's aggregated attribution solution SKAdNetwork rose slowly at first and then jumped in all countries at the end of March, when Google switched from 5 per cent to 100  per cent SKAN-support. Adoption for SKAdNetwork-enabled No-ID requests had been low since the beginning of the year, but is now already over 40 per cent as the industry moves to this standard. In the US, the adoption rate rose to 41 per cent in April.