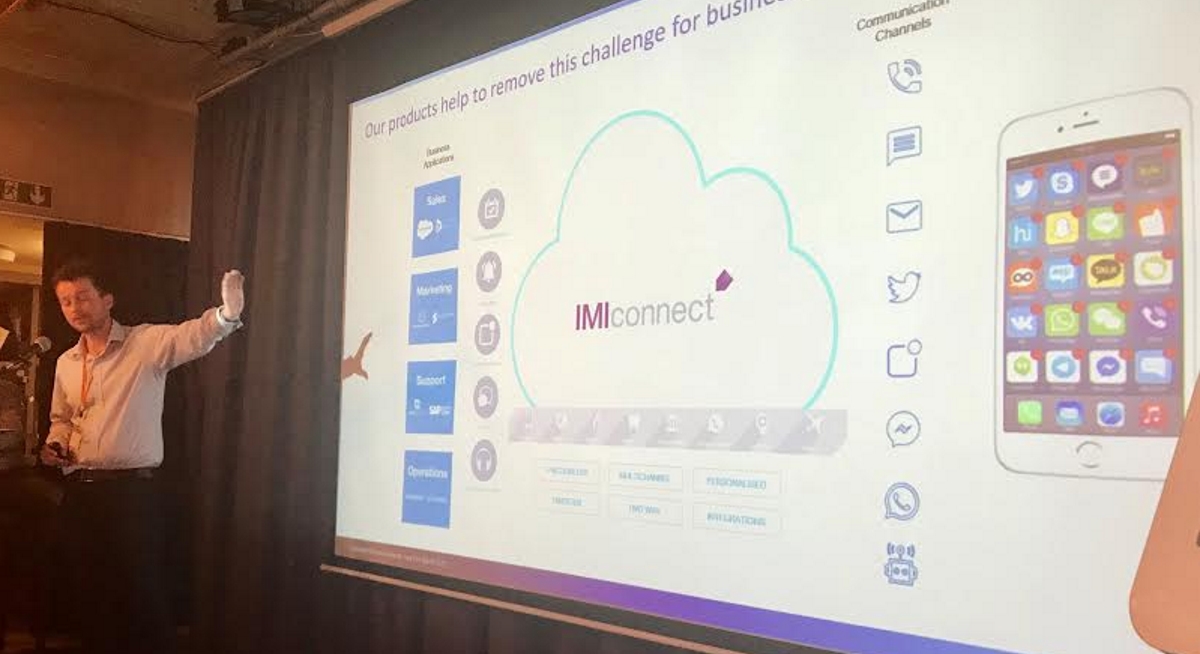 If you’ve been working in this industry for long enough, you are likely to have at least heard about Rich Communication Services – more commonly known as RCS messaging – at some point. Beyond that, knowledge varies depending on who you speak to. At the very least, I hope you know that RCS is the protocol set to replace the short message service, which we know as SMS. If not, now you know.

The protocol, which transforms messaging into a more interactive experience featuring high-resolution images, videos, and audio, first surfaced way back in 2007 when a group of industry promoters formed the Rich Communication Suite industry initiative. A year later, the project found a home at the GSM Association (GSMA) and an RCS steering committee was established. Long story short, the above developments eventually led to the RCS protocol initially being released in 2012.

In the here and now, companies are gradually starting to identify RCS as new way to effectively reach consumers via ‘text’ messages but, as it stands, on one mobile network in the UK only: Vodafone. Other UK mobile operators are expected to launch RCS capabilities in the near future.

To introduce to and guide businesses through RCS, Mobile Marketing parent Masterclassing hosted an event in association with IMImobile and its partners at MobileSquared and Vodafone.

“We know that the customer service experience is constantly rising and your customers expect to be served on new messaging channels. They want to engage and they want to communicate with you relatively quickly,” said Alex Klose, VP of marketing at IMImobile, introducing the audience to the RCS Masterclass event.

“Services and brand engagement will move toward a conversational messaging experience. That means three things. One, your consumers will want to discover you quicker… Secondly, you’ve got to be prepared for customer persistence on those new messaging channels… and, ultimately, messaging channels allow for faster customer service resolution and improved engagement.”

Traditional SMS messages sent between businesses and consumers is already booming business and, despite the rise of RCS, isn’t showing any sign of slowing down.

Last year, 1.67 trillion application-to-person (A2P) SMS messages were sent, a figure expected to rise to 2.8 trillion by 2022, according to Jo Hall, client services director at MobileSquared. Furthermore, the market is set to increase in worth dramatically from $11.86bn to $26.61bn in 2022.

It’s because of the booming SMS market that MobileSquared believes “it’s not going to be a straight switch out”.

“We don’t expect RCS to replace SMS on a one-for-one basis,” said Hall. “There will still be one-off SMS pushes and vouchers – after all nothing beats the open rate of SMS.”

With this will come a “dramatic” increase in messaging volumes, “taking into account sessions of conversational marketing and person-to-application traffic,” added Hall.

As mentioned, Vodafone is the only mobile network operator offering RCS capabilities. However, “we expect O2 to be next to the market following on from Telefonica’s rollout in Germany and Spain,” according to Hall. This will be followed eventually by EE – though it’s “focusing on its relationship with Apple and the rollout of Apple business chat” for now – and also Hutchison through it’s 3 brand. Therefore, it’ll be “at least another 18 months until we see cross-net reach on RCS in the UK,” continued Hall.

Vodafone boasts 5bn SMS users and sees 90 per cent of its messages opened without three minutes, as well as a 90 per cent read rate, according to Oscar Gallego, the company's global head of smart communications and security.

Though Vodafone experiences massive success on the SMS front, it understands the limitations associated with the service: it lacks branding, pictures, videos, read receipts, and is open to impersonation and limited interaction.

“What I like the most is suggested actions. You can prompt the consumer what to do next and make it interactive,” said Gallego.

To take full advantage of the opportunity, Vodafone is working with IMImobile – which also works with its clients like Pizza Hut Delivery, British Gas, and Barclays to drive adoption of RCS business messaging.

Through IMImobile’s IMIconnect platform brands are able to communicate across channels and target consumers with both RCS and non-RCS messages, depending on those with the capability and those without it. Through the platform, IMImobile had success working with the above brands and effectively building new innovative RCS customer journeys in days.

“What RCS gives you is much more discoverability,” said Dan Garner, VP of products at IMImobile. “You can find out more information about your customers, you get more information sent to you… That conversation and that customer will stay, so all that information persists and can be used to address the engagement.”

One thing we can say for sure is that RCS will be big business for brands over the next few years. Creating a closer alignment between the standard messages app and platforms like iMessage and WhatsApp is only going to be seen in a positive light for consumers and drive interactions in a similar way to what we are seeing with chatbots in places like Messenger and the aforementioned WhatsApp.