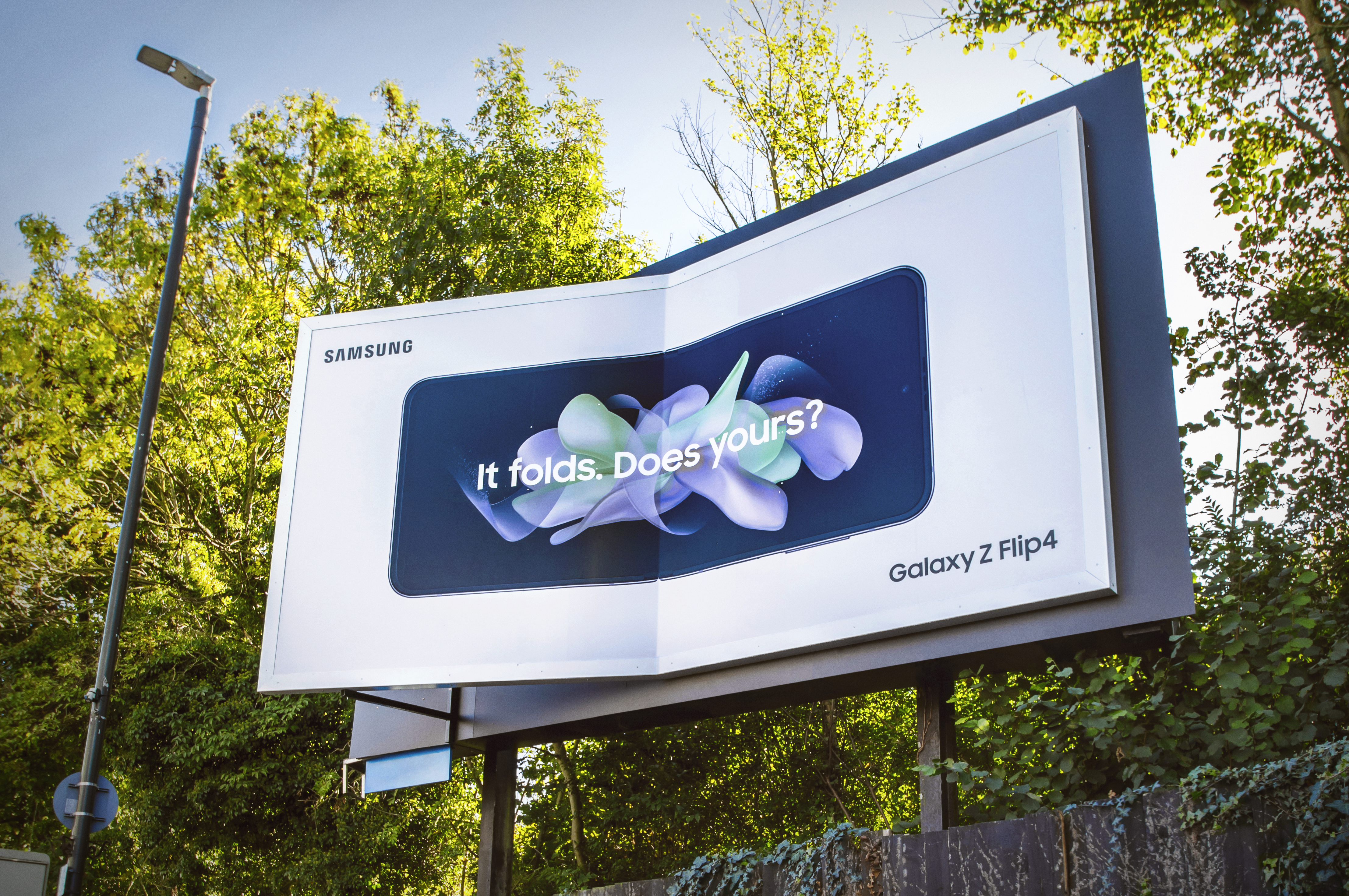 Samsung has announced the launch of its folding billboard OOH campaign to drive awareness around the release of the new Galaxy Z Flip4. This is the first billboard used by a technology brand that uses a folding form.

The Galaxy Z Flip4 is the latest in Samsung’s line up of foldable smartphones, which were first introduced in 2018, and Iris was tasked with presenting the uniqueness of the phone and showcasing Samsung’s leading position in the foldables market with an OOH campaign that would run alongside the TV ad ‘#jointheflipside’.

The folding billboards are found in four London locations: Vauxhall, Wimbledon, Limehouse, Woolwich and one location in Manchester. The campaigns will run until 23 October.