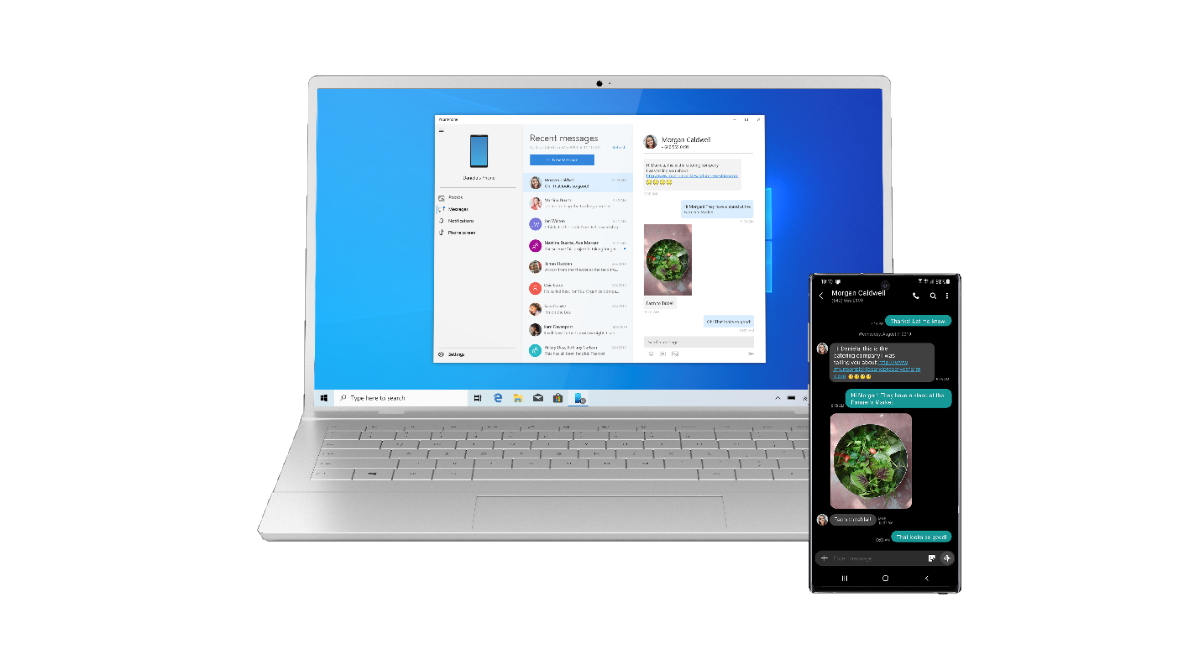 Samsung and Microsoft have extended their partnership to bridge the gap between Android and Windows, enabling them to rival Apple’s functionalities.

The strengthened partnership, announced at Samsung’s Unpacked 2019 event, was unveiled alongside the Galaxy Note10. Straight out the box, users will be able to use Microsoft’s ‘Your Phone’ app to sync text messages between the device and a Windows PC. This will develop further into being able to make and receive calls on PCs later this year.

“Microsoft and Samsung share a long history of innovation and collaboration, and today’s announcements mark the next stage in our partnership,” said Satya Nadella, CEO of Microsoft. “Our ambition is to help people be more productive on any device, anywhere – and the combination of our intelligent experiences with Samsung’s powerful, new devices makes this a reality.”

Microsoft has also developed a ‘phone screen’ feature, due later this month, which will enable users to access their Android phone’s apps from their PC. Furthermore, soon, OneDrive will become natively integrated into the Samsung Gallery app, enabling automatic syncing between the two. And Microsoft’s Outlook email program, as well as Word, Excel, and PowerPoint will all be preinstalled on the Galaxy Note10. We can also expect to see an Outlook app for Samsung Galaxy wearables in the future.

The one thing that has long separated Apple from Samsung – and other Android device makers – has been the iPhone maker having both hardware and software capabilities, enabling users to easily work between their iPhones, iPads, and Macs. By working together, both Samsung and Microsoft can are able to get closer to Apple in the respective areas where they are falling short.