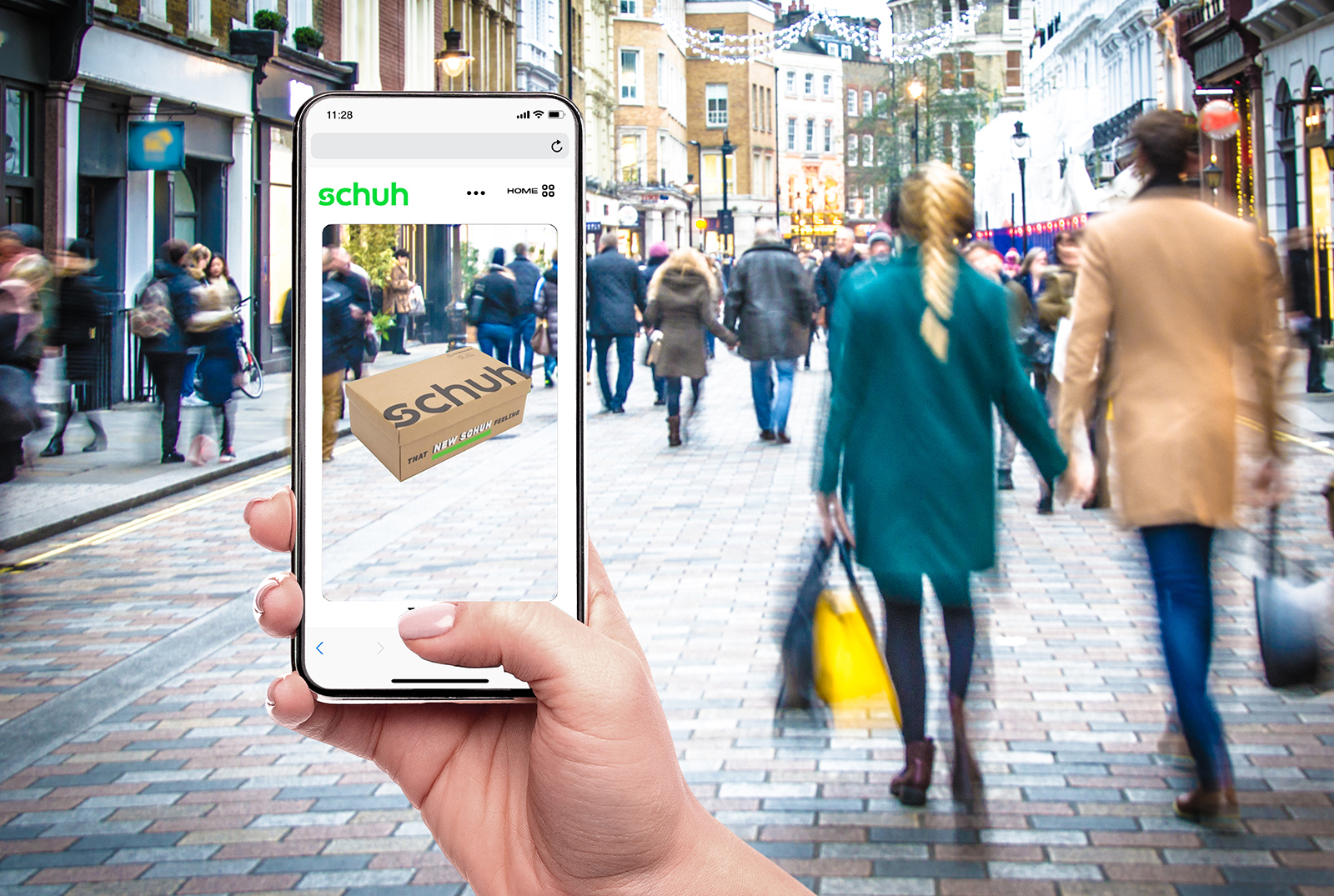 UK footwear retailer, Schuh is embracing augmented reality (AR) gaming to connect with audiences both online and in-store for its latest retail campaign.

Launching today, the ‘Schuh Sneaker Hunt’ will challenge consumers across London, Manchester, Birmingham, Liverpool and Glasgow to explore their real-world surroundings on an interactive map to seek out a hidden ‘Schuh box’ which can only be discovered within the game.

Using smartphone technology, the box can be opened virtually to reveal a range of prizes, including a £1000 schuh voucher.

Developed in partnership with PHD Media Manchester and Verizon Media's RYOT Studio, the campaign focuses on engaging with Gen Z audiences and families with young children to encourage them to get outside.

Footwear enthusiasts will be able to play the game online or via a QR code visible in store or featured on digital OOH sites across the UK.

The campaign will run from 6-20 September across social, OOH and video display activity within Reddit and Twitch.

“We are thrilled to be launching the Schuh Sneaker Hunt to reward our community in a fun and inclusive way. PHD Manchester worked closely with us to create an innovative experience, allowing everyone the chance to take part, explore their city and local stores and hopefully be rewarded with a prize in doing so” Chief Marketing Officer for Schuh, Alice Cleary.