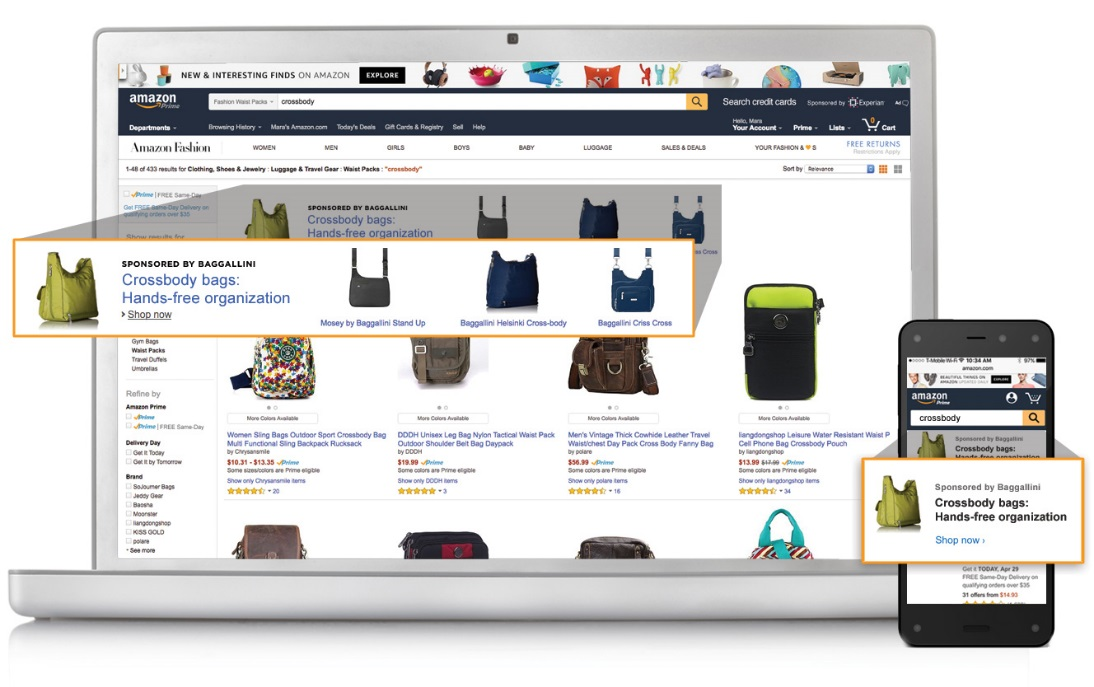 Spending on search ads increased by 13 per cent year-on-year in Q2 2018, with increased spending on Amazon leading to eCommerce emerging as a increasingly important channel for search advertising.

The figures come from Marin Software's Q2 2018 Digital Advertising Benchmark Report, which found that search ad spending increases were driven in equal measure by increased click volumes and rising cost-per-clicks (CPCs), with the average global CPC increasing from $0.80 (£0.61) to $0.85 over the past year.

The report aggregates data from Marin Software clients, who invest billions of dollars in combined annualised ad spending on paid search, social, mobile and eCommerce. The report measures key performance indicators among advertisers active on the platform for the past five quarters, tracking year-on-year and quarter-over-quarter changes.

One of the key shifts was in eCommerce, with Amazon capturing approximately 20 per cent of digital budgets for Marin clients active on that channel. Sponsored product ads made up 79 per cent of that spending, while headline shopping ads represented the remaining 21 per cent.

"While Google and Facebook contine to be the most prominent channels for digital ad spend, we're now seeing more and more early adopters experimenting with Amazon's ad offering," said Wes MacLaggan, senior vice president of marketing at Marin Software. "Amazon has essentially become a massive search engine for consumers far down the purchase funnel and we're eager to help advertisers increae their presence on this important channel in quarters to come. This is a really exciting time to be involved in the digital advertising space, and I'm looking forward to exploring Amazon's impact on the marketing landscape in 2018 and beyond."

Marin's social figures found that CPCs were up and CTRs fell this quarter, most likely due to GDPR and increased consumer awareness of data breaches, which have combined to potentially reduce overall consumer ad engagement on social channels. Social CPCs increased by three per cent since last quarter, averaging $0.184, which CPMs and CTRs both dropped slightly from Q1 2018, to $3.07 and 1.67 per cent respectively.