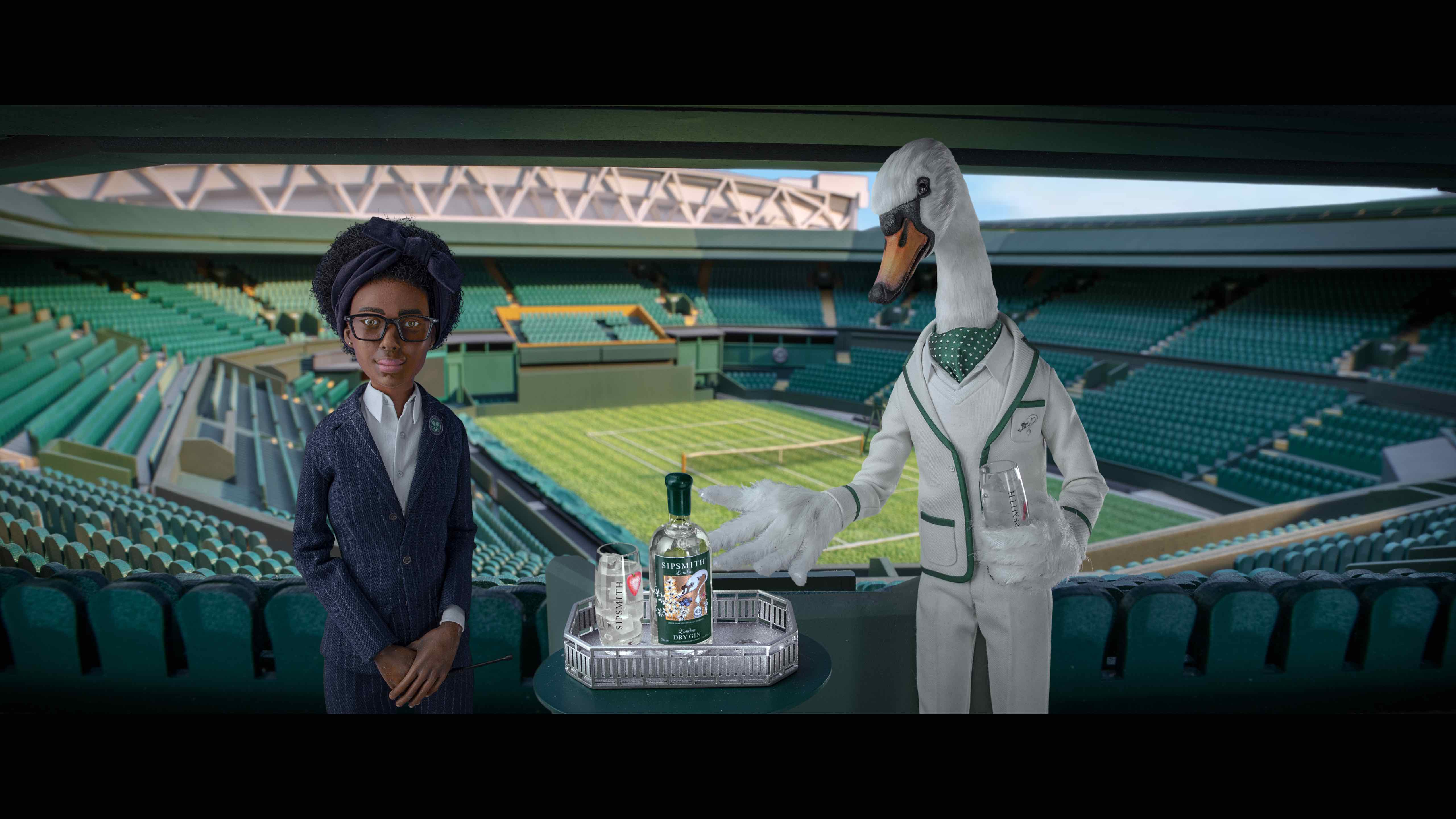 Sipsmith, the Official Gin Partner of The Championships, Wimbledon has collaborated for the second time with integrated creative network, Ogilvy to launch a campaign featuring stop-motion character, Mr Swan.

Following on from the success of Sipsmith’s debut film, this creative is again produced by Director Jeff Low and voice of Julian Barrett.

This time, Mr Swan is at Wimbledon and joined by his partner, Ani, who patiently attempts to correct Mr Swan throughout his whistle-stop tour of the famous All England Lawn Tennis Club, as he mistakenly announces that ‘Wimbledon is The Official Tennis of Sipsmith Gin’.

Sipsmith’s Wimbledon campaign will be served in a variety of TV formats (60s, 30s and 4x10s), launching on 21 June, a week before The Championships, Wimbledon goes live on TV and VOD.

A suite of social assets with Mr Swan commenting on traditions went live from 14 June and will be released throughout the event.

“What better way for Mr Swan to make his comeback than celebrating the coming together of Sipsmith and Wimbledon as partners? It's a delightful celebration of two quintessential brands that go to extraordinary lengths to delight their clientele. A shared attention to detail, combined with Mr Swan's idiosyncratic quirks make this not only the perfect partnership, but a lot of fun too, which is what we’ve tried to capture with Mr Swan and his partner, Ani" said Senior Global Marketing Director, Gin, Beam Suntory, Shelley Macintyre.