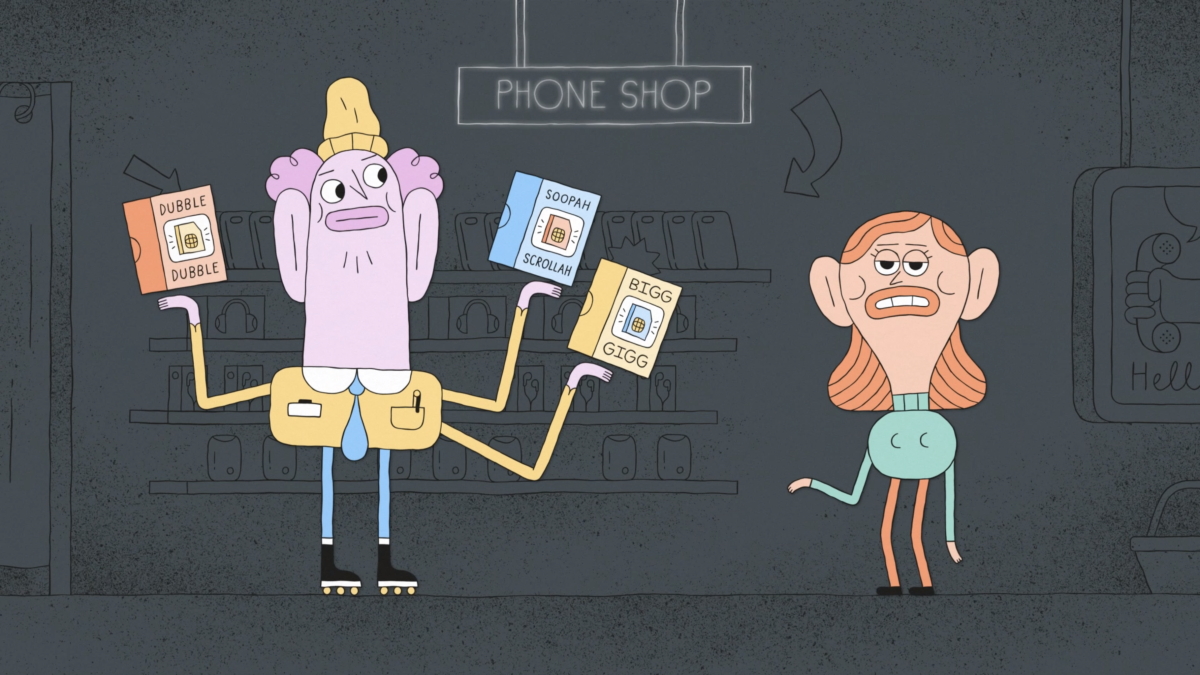 The campaign, created alongside Gravity Road and award-winning animator Pencil Bandit, is made up of 20-second and six-second animated films which mock the ‘nonsense’ jargon people are bombarded with when searching for mobile deals. Future films will focus on current affairs and life in general.

Each animated film features a customer having to listen to jarring sales language before replying with a witty response. The voices in the campaign are provided by Tom Bennett, who starred in Channel 4 sitcom PhoneShop; and Katherine Parkinson, star of IT Crowd, The Honourable Woman, and Humans.

"We are really excited to be working on this innovative campaign with Gravity Road and the award-winning animator Pencil Bandit,” said Sayed Hajamaideen, Head of Brand, Propositions and Marketing at Smarty. “The films reinforce Smarty's simplified and transparent, no nonsense approach, giving choice and flexibility, which we all need a bit of in these ever-changing times.”

"The 5G opportunity for Consumer Electronics brands. Mike Owen looks at how 5G roll-out and IoT device connectivity… https://t.co/zipQgcQgC4"
11 hours ago
"Broadcaster @Channel4 unites with supermarkets to take #StandAgainstRacism in solidarity with Sainsbury's https://t.co/969k4R6ayB"
13 hours ago
"What a year... We've just finished our final event of 2020! We look forward to more virtual (and eventually, in per… https://t.co/VSe91SckVl"
16 hours ago