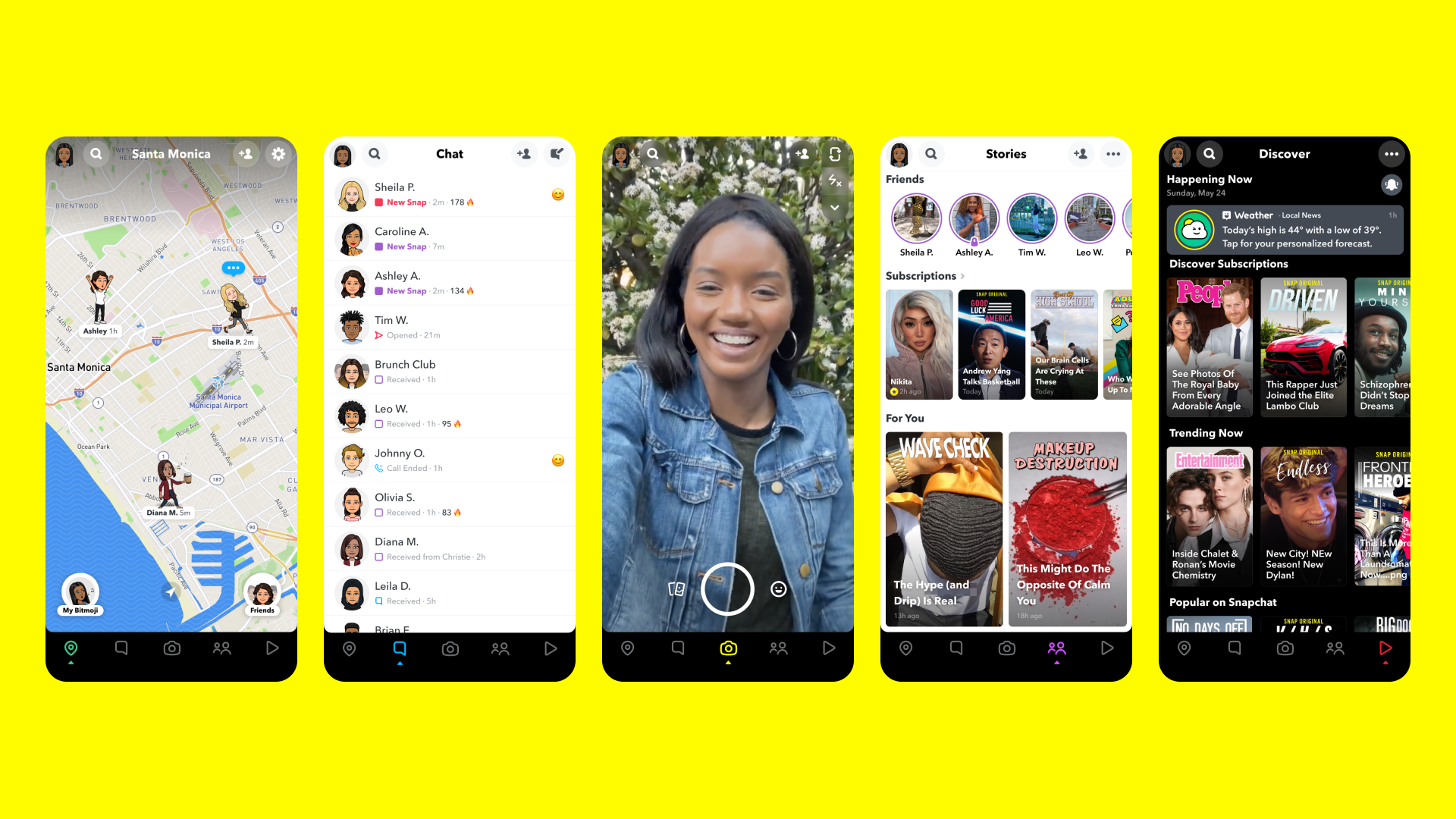 Snap has announced a raft of updates to its platform at its Snap Partner Summit, including new developer products and partnerships across the Snap Kit, Snap Games and Bitmoji ecosystems. Snap also introduced Snap Minis, a new way for developers to bring HTML5 experiences inside Snapchat on Android and iOS. Minis are designed to deeply integrate within conversations on Snapchat, to make coordinating between friends faster than ever.

Snap Kit and Snap Games offer developers new ways to easily build with Snapchat. More than 800 apps have integrated with Snap Kit and nearly 150m Snapchatters are engaging with these integrations every month, according to Snap’s own data. Since its launch in April 2019, more than 100m Snapchatters have played Snap Games. Snap Minis, a new developer product, is built on the same core principles and technologies as Snap Games.

Camera Kit invites developers to leverage Snap’s eight year investment in the Snapchat camera, bringing Snapchat’s AR capabilities and camera engagement to enrich the experiences on their own apps. Through Camera Kit, Lenses built using Lens Studio can now live on their app and on Snapchat.

Examples include the MLB Ballpark app, which will enable baseball fans to interact with their favourite teams and mascots in AR, and celebrate home runs together, either at the game, or at home.

Nike is exploring Camera Kit to bring Snapchat Lenses to its new wellness app to enable video responses and duets with creators. And trough Triller’s Camera Kit integration, its community will be able to interact with special Snapchat Lenses inspired by artists and songs.

Dynamic Lenses, an expansion of Creative Kit, enable developers to bring real-time information from their app into Snapchat Lenses, making it easy for any company to build custom AR experiences for their communities. Soon, Snapchatters will be able to share lenses to Snapchat from Houseparty, Nike, Rally Road, and Yahoo! Fantasy Sports. Applications for app and game developers open today.

Bitmoji for Games brings the power of the 3D Bitmoji avatar to third-party games. With Bitmoji for Games, gamers play as their Bitmoji in various titles and genres on any platform, including mobile, PC and console. Compatible games currently include Perfect Master 3D; Scrabble GO; SingHeads; Super Brawl Universe; Uno! And Voodoo.

Snap has also announced a number of new first- and third-party games from new and existing partners. Snap’s own Bitmoji Paint is a global canvas, where millions of players come together simultaneously to contribute to one, massive collage. Snapchatters can travel the globe virtually, team up with friends to create simple scribbles, fun messages, or even giant landscapes in Bitmoji Paint.

Bumped Out from Zynga pits players against each other in short sessions where they control customizable vehicles and attempt to bump their friends off an ever-shrinking island.

Quiz Party from Mojiworks is a quiz with a range of categories. And Ready Set Golf! From PikPok is a mini-golf game in which players use their wits, reflexes, and luck to sink the ball in the hole first.

Snap is also updating Lens Studio with new features to push the boundaries of AR creation. Lens Studio now features SnapML, which lets any developer bring their own machine learning models to power Lenses. It enables anyone to create their own Lenses with neural networks that they’ve trained, expanding the possibilities for Lenses that can transform the world. Snap has partnered with Wannaby, Prisma, CV2020, and several Official Lens Creators on their first SnapML creations.

In addition, Lens Studio now offers Face Landmarks and Face Expressions for improved facial tracking, new Hand Gesture templates, and an updated user interface to simplify navigation within the tool. Lens Studio is also releasing a foot tracking template powered by an ML model from Wannaby that lets developers easily create Lenses that interact with feet.
Snap is also previewing Local Lenses, which enable a persistent, shared AR world built right on top of the user’s neighbourhood. It will enable Snapchatters and their friends to step into this virtual space together to decorate nearby buildings with and experience a new dimension of AR.

Snap has also announced a number of new Scan partners for its Scan feature, which returns helpful Lenses based on what uerss see in front of them when they press and hold on the camera screen, relevant, helpful Lenses are unlocked

With PlantSnap, Snapchatters can identify 90 per cent of all known plants and trees, while Dog Scanner enables users to point the Snapchat camera to recognize almost 400 breeds of dog. An integration with Yuka later this year will power Nutrition Scanner, which provides a rating on the quality of ingredients in many packaged foods by scanning an item’s label. Snapchat said that Scan can also enable compelling experiences for brands, with Louis Vuitton due to come on board soon. Scanning the brand’s monogram will transport the user the inspiration behind the fashion brand’s latest collection.
Additionally, Snap is introducing Voice Scan, which offers Snapchatters Lens results based on voice commands. Powered by a partnership with SoundHound, userspress and hold on the camera screen and tell Snapchat what kind of Lens to display.

Snap has also introduced a new way to navigate Snapchat, as well as new features for the Snap Map and Stories. A new Action Bar provides top-level navigation when users open the app. The bar changes contextually based on what the user is doing or watching.

Snap is also adding a feature called Places to the Snap Map to enable users to easily find the spots that are popular with the Snap community, no matter where you are. Snap is adding millions of listings for businesses around the world.

The Place Profile includes Snaps from the location, the address, hours of operation, and reviews from TripAdvisor and Foursquare. Ordering food through Postmates, DoorDash, and Uber Eats is just a tap away, starting soon in the US. Places is rolling out on Android and iOS.

Topics is a new way for Snapchat users to share the things they’re passionate about in Snapchat’s Our Story section. They can use a Topic sticker or submit their Snap to a Community Topic, like ‘Life Hacks’ or ‘Oddly Satisfying’ and browse Topic Pages to explore Snaps based on what they care about most.

Snap has also introduced Story Replies to make it easy to communicate with the Snap Stars users are following. Snap Stars can turn Story Replies into stickers and add them to their Stories to power things like Q&A Sessions.

On the content side, Snap revealed that Disney, ESPN, NBCUniversal, ViacomCBS, the NBA and the NFL have all expanded their commoitments to deliver content for Snapchat’s Discover platform.

The multi-year deals include new Shows and Snap Originals, mobile shows created exclusively for Snapchat’s audience, along with continued production of existing original franchises such as ESPN’s ‘SportsCenter’ on Snapchat; NBC News’ ‘Stay Tuned’; ‘E! News’; ‘The Rundown’;and MTV’s ‘Teen Code’. The deals also include continued delivery of up-to-the-minute highlights for key news, entertainment and sports moments. Discover is a closed, curated platform that works closely with a select set of partners to produce credible information and entertaining content for mobile.

In addition, Snap has introduced a dedicated news product called Happening Now, aimed to be the fastest way for Snapchatters to consume breaking news. Over 125m people watched news stories on Snapchat this year . Happening Now turns updates on the biggest stories across politics, entertainment, sports, and more into a new, easy-to-consume format customized for mobile. Snap has partnered with some of the most trusted news organizations, including The Washington Post, Bloomberg, Reuters, NBC News, ESPN, NowThis, E! News, and BuzzFeed News for the service. Happening Now also features personalized weather from Bitmoji in partnership with AccuWeather, and horoscopes from Sanctuary.