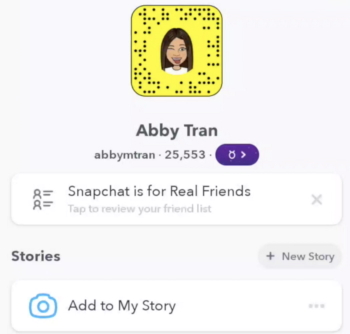 Snapchat has announced its plans to introduce a feature that reminds its users to review their friend lists and remove the people they don’t wish to be there.

Snapchat will begin rolling out the ‘Friend Check Up’ feature, which will notify users that they may wish to clean up their friends list and remove any unwanted people from it. The feature will start rolling out on Android devices over the next few weeks and arrive on iOS devices in the next few months.

In addition, as part of Safer Internet Day, the app has partnered with Connect Safely in the US and ChildNet in the UK on filters that will swipe up to additional safety resources and co-authored a guide to help users understand how to report issues.

Snapchat is also further integrating resources from Crisis Text Line and making it easier for Snapchatters to get in touch with a counsellor. And it has expanded that work to the UK by partnering with Shout 85258, the UK’s only free, confidential 24/7 messaging support service.

Finally, there are Snapchat’s partnerships with The Trevor Project, to better support LGBTQ youth mental health by amplifying resources and integrating access to the organisation’s safe space social networking site, TrevorSpace; and Mind Up|The Goldie Hawn Foundation, which will see a free online parent course be made available to both the Snap and MindUp communities.