Snapchat opens up to developers with Snap Kit 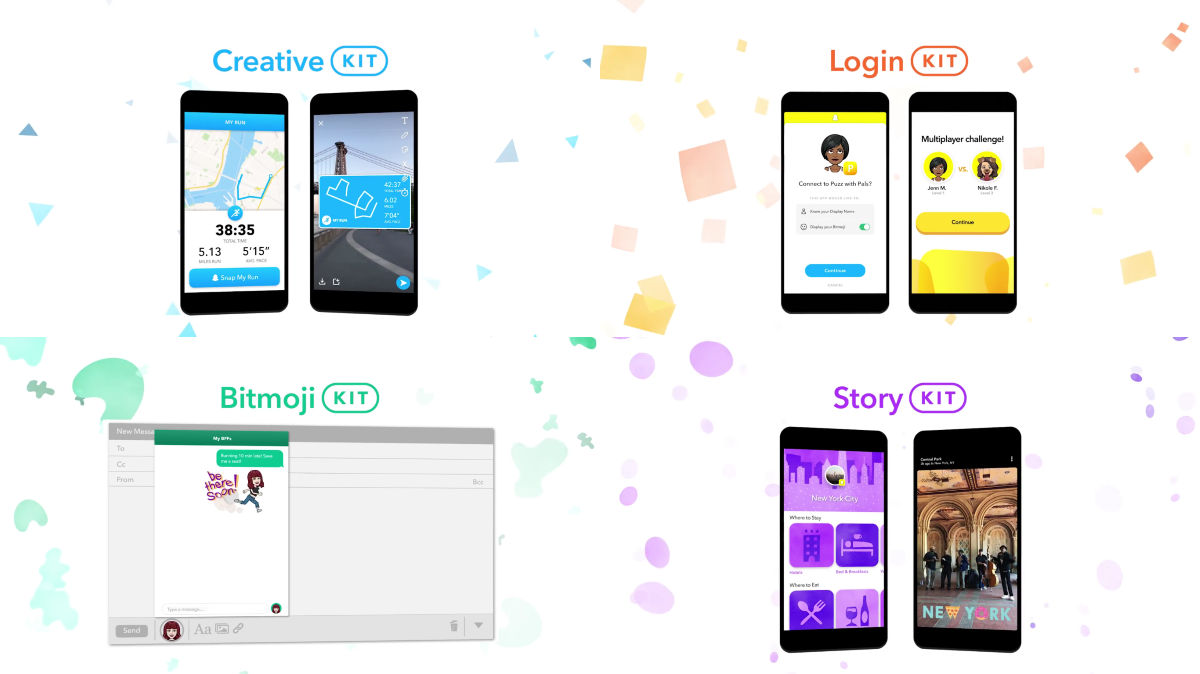 Snap Inc is finally allowing third-party developers access to its Snapchat platform, introducing a set of APIs that will enable developers to integrate their own apps with Snapchat. Despite finally opening up its ecosystem to external developers, Snap is retaining a focus on privacy, promising that only limited data will be shared.

Snap Kit consists of four APIs that will enable third-party developers to connect their own apps to Snapchat. Creative Kit allows developers to integrate their own stickers, filters, links and other features into the Snapchat camera. Login Kit will let consumers use their Snapchat account as a quick secondary log in within third-party apps, as well as unlocking new features within both Snapchat and other apps.

Bitmoji Kit focuses on Snap's cartoon avatars, enabling them to be integrated into other messaging services and other apps, and Story Kit enables developers to filter and embed publicly shared Snapchat Stories into their own apps and services.

Snap has assembled an impressive list of launch partners for Snap Kit, including Tinder, which will enables users to include their Bitmoji in messages on the app; Postmates, which is introducing a series of deep-linked stickers that can be shared to Snapchat; and Patreon, which will enable creators to share their Snapchat Stories with their supporters within the Patreon app.

Snap's announcement also included a privacy pledge, informing users that Snap Kit would only share Display Names and Bitmoji when logging in, wouldn't share any data from their wider network of friends within the app, and that any third-party apps would be automatically disconnected after 90 days of inactivity.

The focus on privacy is an obvious attempt to differentiate Snap from other social networks and messaging services like Facebook, which have been hit with numerous data breaches and privacy scandals over the past 18 months. Snap has avoided the worst of these controversies, and it is clear that the leadership team is eager to keep it that way.