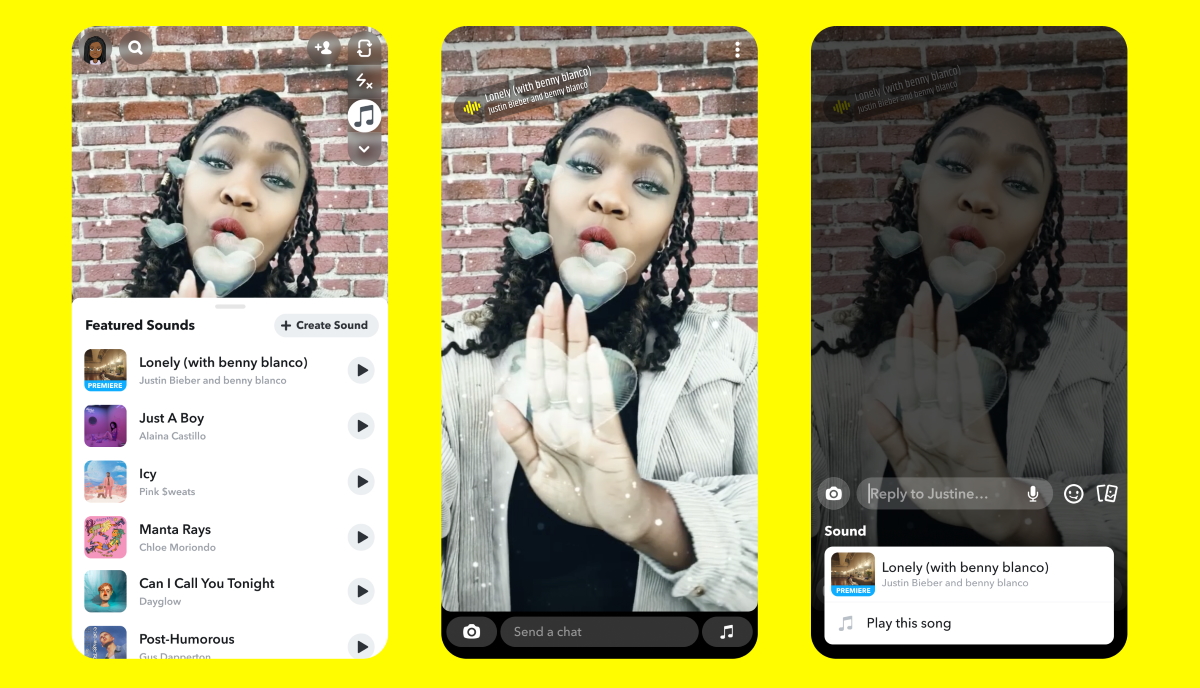 Snapchat has debuted a feature to go head-to-head with TikTok, letting people add music from a catalogue of artists to their Snaps.

The feature, called ‘Sounds’, gives Snapchatters the ability to add music – either pre- or post-capture – to their Snaps from a range of emerging and established artists. For now, the feature is only available to iOS users around the world.

When a user receives a Snap that has made use of the Sounds feature, they can swipe up to view the album art, song title, and name of the artist. There’s also a ‘Play This Song’ link that lets the user listen to the full song through Spotify, Apple Music, or SoundCloud.

Sounds was launched with an exclusive track from Justin Bieber and Benny Blanco, titled ‘Lonely’, ahead of its general release earlier today.

Snapchat has also begun testing the ability for Snapchatters to create their own sounds for the feature and says it will roll this out globally ‘in the coming months’.