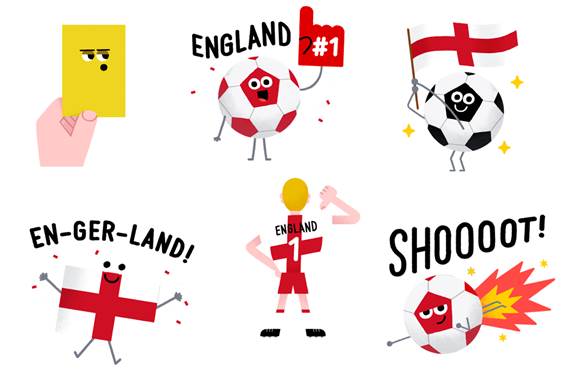 Snapchat is hoping that football fans won't be too glued to the World Cup to completely abandon the app for the tournament's duration, and is using a series of World Cup tie-ins to encourage viewers to celebrate the games with friends.

Among the features rolled out to users are official World Cup kits for users' Bitmoji avatars, created in conjunction with Nike and Adidas. England fans can also show their support with an exclusive official England Team AR lens that paints their face in the team's colours, as well as a range of AR lenses and stickers that can help users share their excitement about the World Cup.

Fans who post their celebrations to Snapchat's team of editors via Our Story may be included in the platform's daily World Cup Our Story on Discover, which will feature the 20 best Snaps taken that day, as well as match action provided by the BBC.

Stories will also be where fans can access daily reports from publishers including Copa90, Sky Sports, Bleacher Report, The Sun and The Telegraph, all of whom will be sharing expert opinions and behind the scenes insights from Russia. Multiple World Cup players including Neymar, Raheem Sterling and Mesut Ozil will also be keeping their Stories up to date during the tournament, providing a unique perspective on the action.

Finally, fans will be able to keep friends up to date on the latest action by creating group stories and sharing Snaps with exclusive dynamic filters that update with the score in real time.