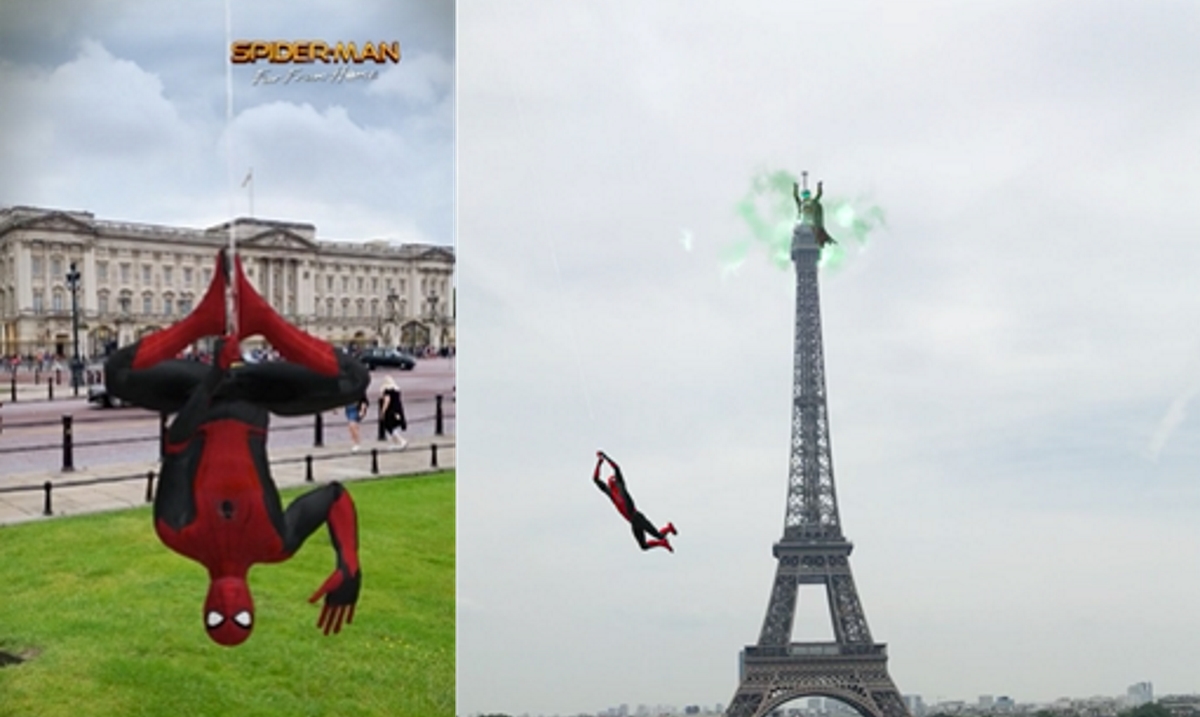 Sony Pictures has teamed up with Snapchat to promote the release of Spider-Man: Far from Home – which opens in theatres from 2 July – through an augmented reality (AR) experience that bring the film’s main characters to life.

The partnership sees Tom Holland’s Spider-Man and movie villain Jake Gyllenhaal’s Mysterio pop-up at four of the world’s most famous landmarks. Using Snapchat’s AR Landmarker Lens, fans at the TCL Chinese Theatre in Los Angeles, the Flatiron Building in New York City, Buckingham Palace in London, and the Eiffel Tower in Paris are able to see the pair in action.

When Snapchatters are near any of the four locations, a Spider-Man icon will appear in their lens carousel. If they select the icon, the screen will tell the user to find the building and point their camera at it – leading to Mysterio appear in a cloud of smoke while Spider-Man swings across the screen and lands in front of the Snapchatter to take a selfie with the iconic building.

The lens, which available from today, is targeted toward movie goers in particular, while Spider-Man fans outside of the four major cities will have access to a Spider-Man Selfie Lens from 28 June. The campaign will also feature Story Ads in the form of a ‘newsflash’ reporting on where Spider-Man has been seen around the city.

“In Spider-Man: Far from Home, Peter Parker travels the globe, so it only made sense to enable augmented reality effects for Spidey fans around the world,” said Elias Plishner, EVP of digital marketing at Sony Pictures Entertainment. “Sony Pictures could not be happier to partner with Snapchat and their new Landmarker Lens Technology to transform iconic landmarks in various cities into a first of its kind Spider-Man experience.”

The AR experience comes weeks after Snapchat teamed with 20th Century Fox and Odeon Cinemas to promote the release of X-Men: Dark Phoenix with posters and large format standees featuring the film’s star, Sophie Turner, that could be brought life by pointing the camera at them via Snapchat.