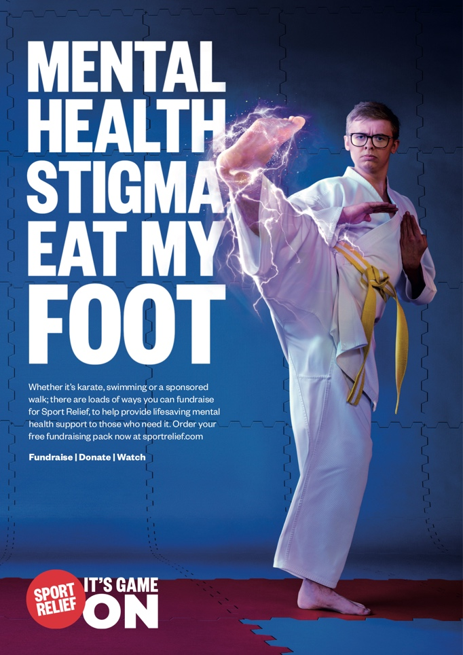 Sport Relief will kick off its 2020 edition with a  a multi-channel campaign, developed in partnership with Pablo, to encourage action for Sport Relief 2020, by uniting people against the issues the charity tackles, from poverty and injustice to homelessness and mental health stigma.

The campaign aims to educate the British public about how the charity uses their valuable donations to help support people living incredibly tough lives in the UK and around the world, as well as to empower them to get involved by fundraising, donating or just watching the BBC One telethon on 13 March.

At the heart of the campaign is the hero 60-second film (https://we.tl/t-FaaInHKfPX), directed by Molly Manners through Biscuit Filmworks, which features Linda on her Sport Relief fundraising run at the gym. As her treadmill run begins, viewers are launched into an empowering fantasy world where Linda helps take on worldwide issues with superhuman qualities, from karate kicking poverty to using new-found laser powers to zap injustice, reminding us that everyone has the power to change the world when they get their kit on.

The campaign will go live in February across cinema, digital, social, OOH and partnerships, ahead of a night of TV on BBC One Friday 13th March.

“This Sport Relief, we want to put the issues Comic Relief funds at the heart of our campaign and really demonstrate upfront how donations will be spent,” said Jo Cullen, head of marketing and media at Comic Relief. Pablo has developed a bold, fun, creative campaign which rallies the nation into action with a sense of humour at its core, which is exactly what Sport Relief is all about. Pablo grasped the brief in no time at all and have been natural collaborators. We’re excited to see this launch soon and the impact it will have.”